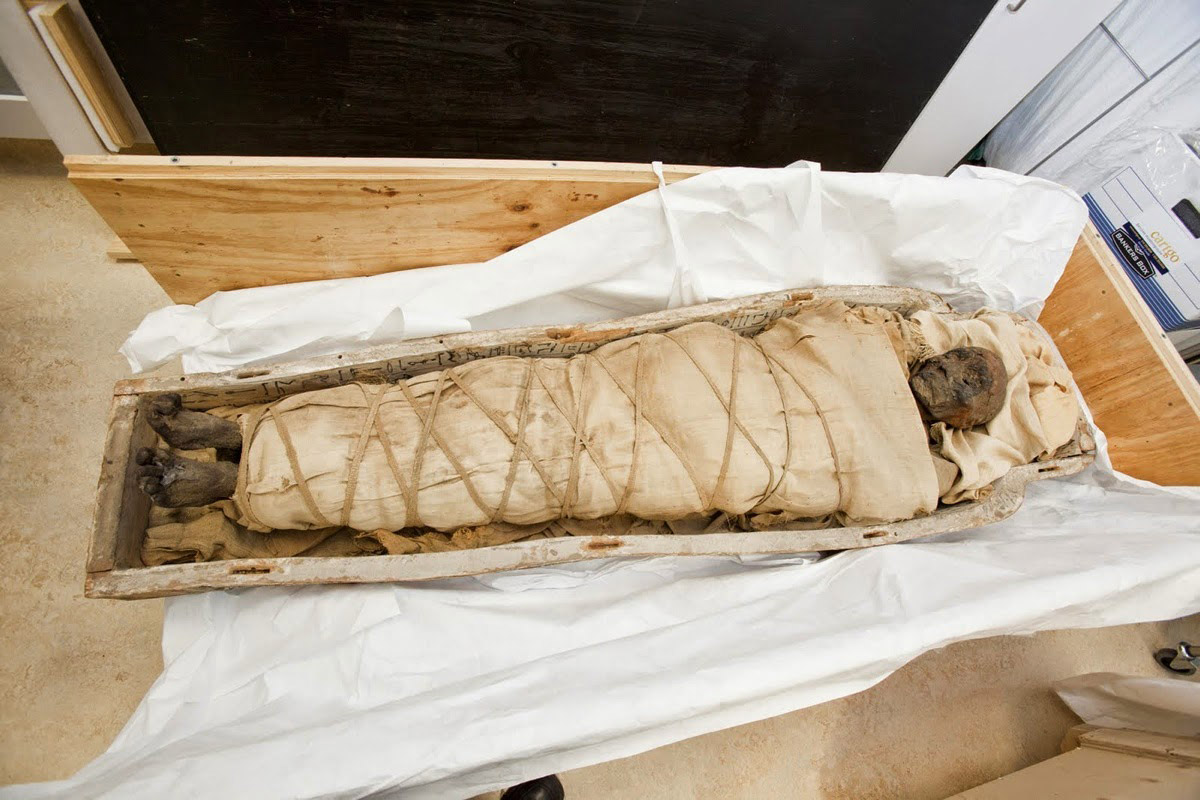 How To Protect A Mummy With Brains But No Heart

Experts scanning a 6th c. AD Greco-Roman mummy of a woman were found confronted with a number of questions as they found that her brain was still preserved within the head, while a ritualistic object was found over her sternum and abdomen.

The mummy was purchased in a coffin likely not originally associated with her at Luxor in the 19th century and ended up at the Redpath Museum at McGill University in Montreal, Canada.

The lady’s name is unknown and she died between age 30 and 50, while like many Egyptians, she had terrible dental problems and had lost many of her teeth. She lived and died in a period when mummification was in decline, as Christianity which was the dominant religion in Egypt at the time did not require it for the deceased. However, this woman’s family insisted on having the procedure done -but with small alterations. While her internal organs and heart were removed, as required, her brain remained in her skull (an event first stated during the 19th century but confirmed through today’s technology). The embalmers also placed two thin plaques similar to cartonnage on her skin above her sternum and abdomen, probably with the intention to ritually heal the damage they had done.

But in what way?

While the plaque of the sternum is seen by researchers as a replacement for the woman’s removed heart, the one on the abdomen is more ambiguous. As stated through a newspiece in Live Science “The team knows that mummies who were dissected through the abdomen received a plaque like this, however, scans reveal this woman’s abdomen was never touched”. In that case, researches speculate that this plaque was to heal the woman’s wounded perineum, through which her internal organs had been removed.

Research on the female mummy, performed by a team of experts led by Andrew Wade, a professor at McMaster University in Hamilton, Canada, is presented in an article to be published in the “Yearbook of Mummy Studies”.