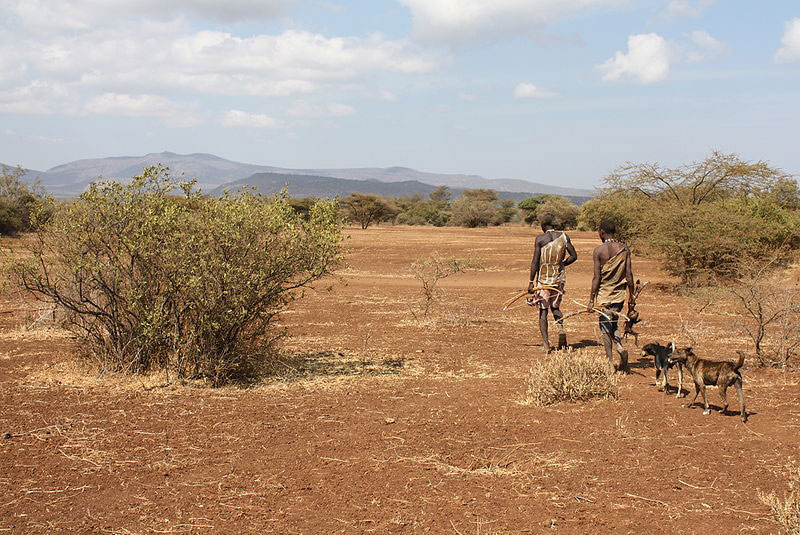 Domestication of dogs may explain large numbers of dead mammoths

A new analysis of European archaeological sites containing large numbers of dead mammoths and dwellings built with mammoth bones has led Penn State Professor Emerita Pat Shipman to formulate a new interpretation of how these sites were formed. She suggests that their abrupt appearance may have been due to early modern humans working with the earliest domestic dogs to kill the now-extinct mammoth – a now-extinct animal distantly related to the modern-day elephant. Shipman’s analysis also provides a way to test the predictions of her new hypothesis. Advance publication of her article “How do you kill 86 mammoths?” is available online through Quaternary International.

Spectacular archaeological sites yielding stone tools and extraordinary numbers of dead mammoths –some containing the remains of hundreds of individuals– suddenly became common in central and eastern Eurasia between about 45,000 and 15,000 years ago, although mammoths previously had been hunted by humans and their extinct relatives and ancestors for at least a million years. Some of these mysterious sites have huts built of mammoth bones in complex, geometric patterns as well as piles of butchered mammoth bones.

“One of the greatest puzzles about these sites is how such large numbers of mammoths could have been killed with the weapons available during that time,” Shipman said. Many earlier studies of the age distribution of the mammoths at these sites found similarities with modern elephants killed by hunting or natural disasters, but Shipman’s new analysis of the earlier studies found that they lacked the statistical evaluations necessary for concluding with any certainty how these animals were killed.

Surprisingly, Shipman said, she found that “few of the mortality patterns from these mammoth deaths matched either those from natural deaths among modern elephants killed by droughts or by culling operations with modern weapons that kill entire family herds of modern elephants at once.” This discovery suggested to Shipman that a successful new technique for killing such large animals had been developed and its repeated use over time could explain the mysterious, massive collections of mammoth bones in Europe.

The key to Shipman’s new hypothesis is recent work by a team led by Mietje Germonpré of the Royal Belgian Institute of Natural Sciences, which has uncovered evidence that some of the large carnivores at these sites were early domesticated dogs, not wolves as generally had been assumed. Then, with this evidence as a clue, Shipman used information about how humans hunt with dogs to formulate a series of testable predictions about these mammoth sites.

“Dogs help hunters find prey faster and more often, and dogs also can surround a large animal and hold it in place by growling and charging while hunters move in. Both of these effects would increase hunting success,” Shipman said. “Furthermore, large dogs like those identified by Germonpré either can help carry the prey home or, by guarding the carcass from other carnivores, can make it possible for the hunters to camp at the kill sites.” Shipman said that these predictions already have been confirmed by other analyses. In addition, she said, “if hunters working with dogs catch more prey, have a higher intake of protein and fat, and have a lower expenditure of energy, their reproductive rate is likely to rise.”

Another unusual feature of these large mammoth kill sites is the presence of extraordinary numbers of other predators, particularly wolves and foxes. “Both dogs and wolves are very alert to the presence of other related carnivores – the canids – and they defend their territories and food fiercely,” Shipman explained. “If humans were working and living with domesticated dogs or even semi-domesticated wolves at these archaeological sites, we would expect to find the new focus on killing the wild wolves that we see there.”

An extinct group of wolves

Two other types of studies have yielded data that support Shipman’s hypothesis. Hervé Bocherens and Dorothée Drucker of the University of Tubingen in Germany, carried out an isotopic analysis of the bones of wolves and purported dogs from the Czech site of Predmostí. They found that the individuals identified as dogs had different diets from those identified as wolves, possibly indicating feeding by humans. Also, analysis of mitochondrial DNA by Olaf Thalmann of the University of Turku in Finland, and others, showed that the identified dogs have a distinctive genetic signature that is not known from any other canid. “This finding may indicate that these odd canids did not give rise to modern domesticated dogs and were simply a peculiar, extinct group of wolves,” Shipman said. “Alternatively, it may indicate that early humans did domesticate wolves into dogs or a doglike group, but the rare mtDNA lineage was lost over time.”

As more information is gathered on fossil canids dated to between 45,000 and 15,000 years ago, Shipman’s hunting-dog hypothesis will be supported “if more of these distinctive doglike canids are found at large, long-term sites with unusually high numbers of dead mammoths and wolves; if the canids are consistently large, strong individuals; and if their diets differ from those of wolves,” Shipman said. “Dogs may indeed be man’s best friend.”