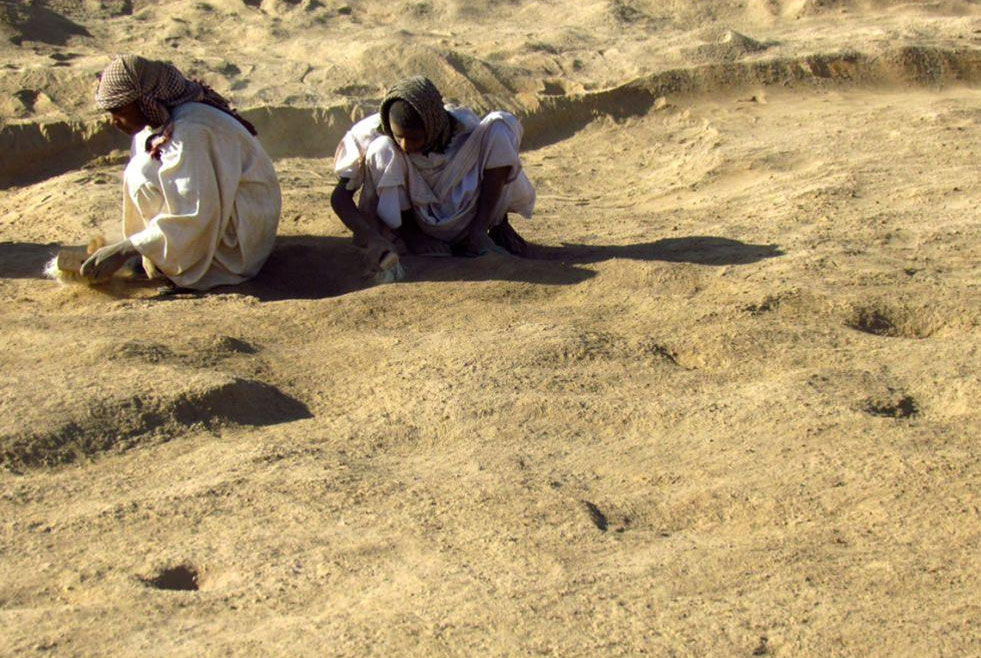 The remains of a settlement estimated to 70,000 years old have been unearthed by Polish archaeologists in northern Sudan − a find that seems to contradict the previously held belief that the construction of permanent structures was associated with the so-called Great Exodus from Africa and occupation of the colder regions of Europe and Asia.

The site known as Affad 23, is currently the only one recorded in the Nile Valley which shows that early Homo sapiens built sizeable permanent structures, and had adapted well to the wetland environment. This new evidence suggests that humans reached a much more advanced level of development and adaptation in Africa during the Middle Palaeolithic.

Fieldworks at the Affad 23 site during the period 2012-2014 are being undertaken under the auspices of the Institute of Archaeology and Ethnology of Polish Academy of Sciences.

“Discoveries in Affad are unique for the Middle Palaeolithic. Last season, we came across a few traces of light wooden structures. However, during the current research we were able to precisely locate the village and identify additional utility areas: a large flint workshop, and a space for cutting hunted animal carcasses, located at a distance” – explained project director Dr. Marta Osypińska.

The researchers are also working on a list of animal species that these early humans hunted. Despite the relatively simple flint tools produced using the Levallois technique, these humans were able to hunt both large, dangerous mammals such as hippos, elephants and buffalo, as well as small, nimble monkeys and cane rats (large rodents that inhabited the wetlands).

This year, the researchers aimed at precisely dating the time period in which the Palaeolithic hunters lived in the area, using optically stimulated luminescence.

“At this stage we know that the Middle Palaeolithic settlement episode in Affad occurred at the end of the wet period, as indicated by environmental data, including the list of hunted animal species. But in the distant past of the land such ecological conditions occurred at least twice, about 75 millennia and about 25 millennia ago. Determining the time when people inhabited the river bank near today’s Affad is the most important objective of our project,” said prehistory expert Piotr Osypiński.

The Polish team is working with scientists from Oxford Brookes University, who are helping to analyse the geological history of the area. The results will help determine climatic and environmental conditions that prevailed in the Central Nile Valley during the late Pleistocene and hope to identify factors that contributed to the excellent state of preservation at the Affad 23 site.