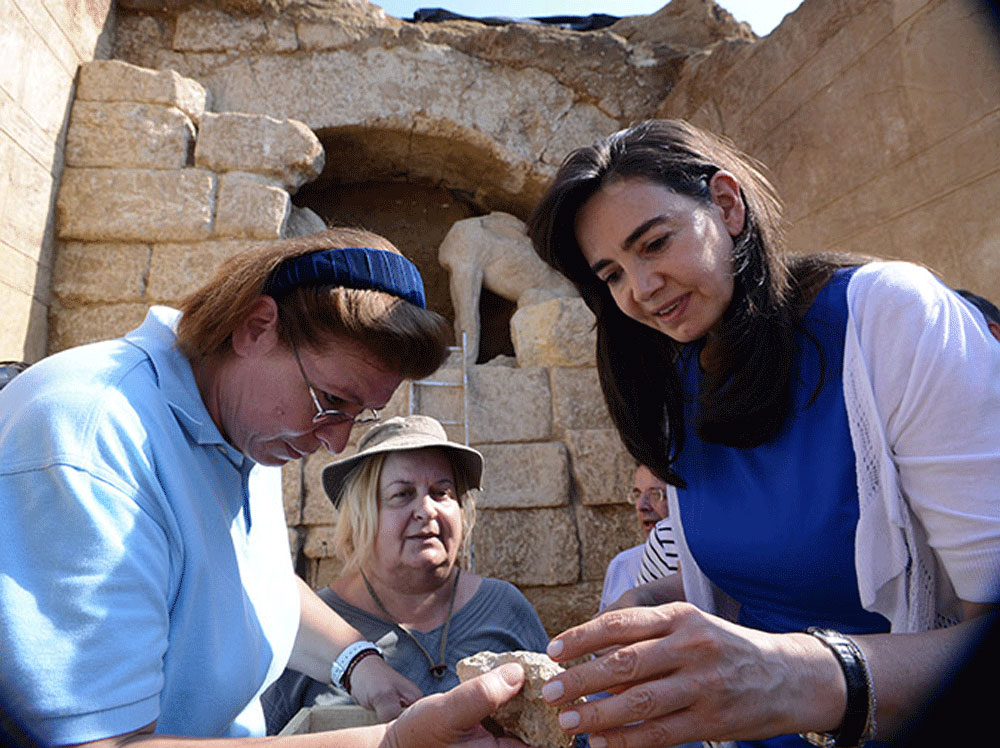 A monument is discovered and preserved simultaneously

Archaeological work and criticism at Amphipolis

“A monument is discovered and preserved simultaneously, otherwise it is lost”. This is what Amphipolis leading excavator archaeologist Katerina Peristeri stated recently, making clear that she and her team know exactly what they are dealing with and how to proceed working in the site.

“Architect Michalis Lefantzis, who is a member of Katerina Peristeri’s team knows exactly how to protect everything that has been uncovered until now”, says Lina Theodorou, an architect and the President of the Department of Architecture, Topography and Geoinformatics at the Central Macedonia Technical University, also making comments on the “sensitive colours” used by ancient Greek painters, traces of which have been found on the Amphipolis monument’s frescoes.

Archaeologists are working under pressure, closely supervised by top Greek archaeological authorities. The Ministry of Culture and Sport Secretary General Lina Mendoni remains on the spot while Dr. Maria Andreadaki-Vlazaki, the Superintendant of Antiquities and Cultural Heritage General Directorate visited the site yesterday. At the same time, numerous members of the archaeological community are expressing their criticism over the project’s political exploitation, “fast track” process and press sensationalization. Through an email to Athenian newspaper “Efimerida ton Syntakton” , Anastasia Lazaridi, daughter of the late archaeologist Dimitris Lazaridis who first excavated at Amphipolis, stated her “anger and outrage over the spectacle and the verbal flamboyance of people who, due to their rank, should have been more reserved”.

“Why such a delayed zeal? And since when (and this consists a hybris leading to punishment) scientific [archaeological]work is accomplished under a vigilant supervision by individuals not related to the discipline?”, she asks.