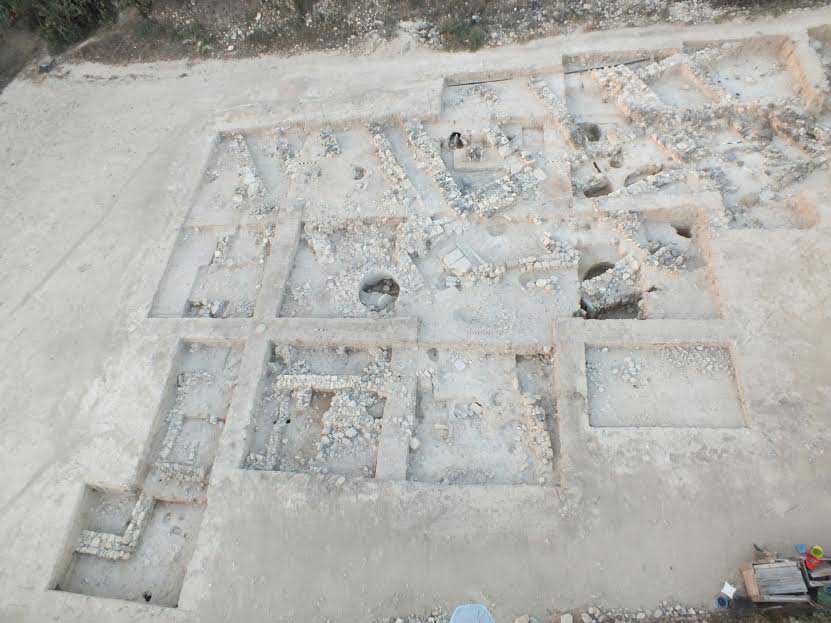 Excavations at ancient Idalion focused on the “City Sanctuary”

The 2014 Lycoming College archaeological expedition to Idalion (Cyprus) under the direction of Dr. Pamela Gaber has been completed, according to an announcement of the Department of Antiquities, Ministry of Communications and Works. This year’s excavations took place from June 23rd until August 8, 2014 and work concentrated in the area of the Lower City South, below the west acropolis, Ambelleri. This was the location of the “City Sanctuary”, the central place of worship at ancient Idalion. The excavations that occurred in 2013 showed that there had been an expansion to the east during the Roman period. During the 2014 season one of the team’s goals was to investigate this later development of the sanctuary.

Accordingly, during the 2014 season excavations took place in this later area. In the area in which a Roman basin had been found during previous excavations, it was discovered that the basin area was actually in use through to the 7th century AD and it may have been put to use for Christian worship purposes, as an engraved cross and other metal objects were found in the Byzantine layers.

Further to the west, an area of feasting was found just northeast of the water feature. There was a hearth and a grindstone, as well as three enigmatic features that look like offering platforms. One had a shell on it, the other a bone and the third had terracotta fragments on it. These features resemble the installation found on bedrock in the Adonis Temenos in 2012.

Another goal for the 2014 excavation season was to understand how the deep, northern, Hellenistic structures relate to the Archaic structures at a much higher level, some 30 metres to the south. Excavations revealed that the ancient slope was much steeper than the modern day slope of the hill, so there are undoubtedly earlier remains underlying the northerly Hellenistic features. Among these later structures was found a large quantity of slag, perhaps indicating a copper-producing, and/or copper-working area within the sacred precinct. Such workshops were common in the temples of ancient Cyprus.

A series of electric resistivity studies of the area surrounding the excavated area revealed that the structures continue at least 30 metres to the north and another 20 metres or more to the east and west.

Next year’s excavation season will aim to remove the remaining earthen ‘baulks’ between excavated squares, thus revealing the plan of the excavated area of the sacred structure in its entirety. The team also plans to open the remaining trenches to the east and west within the fenced enclosure. Hopefully this will reveal the work areas of both the earliest and the latest portions of this temple of ancient Idalion.