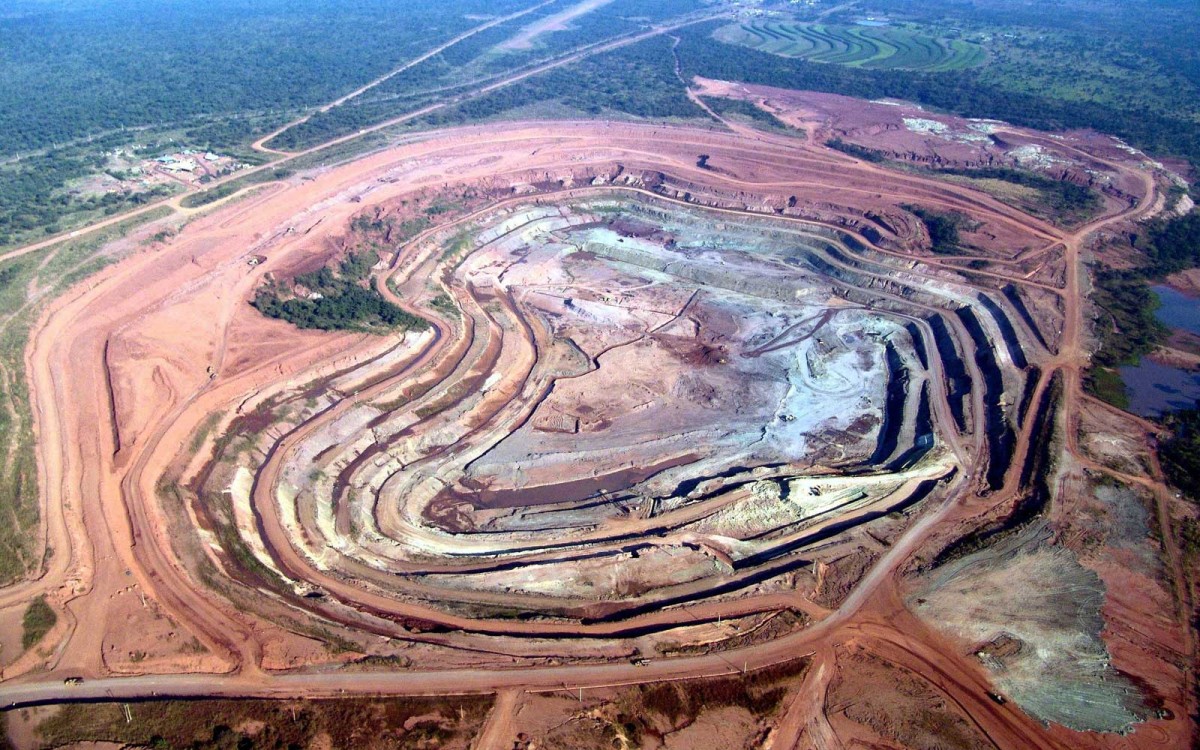 In a small sedimentary basin formed during the Early Cretaceous

Unexpectedly one of the largest diamond mines in Africa, Catoca in Angola, holds 118 million year old dinosaur, crocodile and large mammal tracks. The mammal tracks show a raccoon-sized animal, during a time when most were no larger than a rat.

Nearly 70 distinct tracks were recovered in the Catoca mine in Angola. All the tracks were found in a small sedimentary basin, formed about 118 Ma, during the Early Cretaceous, in the crater of a kimberlite pipe.

The most important of these finds are those whose morphology is attributable to a large mammalian trackmaker, the size of a modern raccoon. There is no evidence from bones or teeth of such a large Early Cretaceous mammal from Africa or elsewhere in the World. The most comparably sized mammalian skeleton is known from China, and is 4-7 Ma older than the Angolan tracks. It has an estimated head-body length between 42 and 68 cm, but because it is missing hands and feet, a comparison with the tracks from Catoca is not possible.

Nearby, 18 sauropod tracks were also found, with a preserved skin impression. These are the first dinosaur tracks found in Angola, and were discovered by the same paleontologist, Octávio Mateus, who found Angolatitan adamastor, the first Angolan dinosaur ever found, in 2005. Another trackway was attributed to a crocodilomorph trackmaker, a group that includes all modern crocodiles and extinct relatives, and has a unique laterally rotated handprint.

The tracks from Catoca represent the first fossils from the inlands of Angola ever found. The first mammal tracks were discovered in December, 2010 by the mine geologist Vladimir Pervov who contacted the paleontologist Octávio Mateus, who visited and collected the footprints in July 2011 and found the dinosaur tracks. For almost eight months, the Catoca Diamond Mine, fourth largest diamond mine in the World, stopped mining that sector, in order to preserve the findings and make the study possible. This work is part of the PaleoAngola Project, a scientific program of collaboration between various international institutions with the aim to research and promote vertebrate paleontology in Angola.