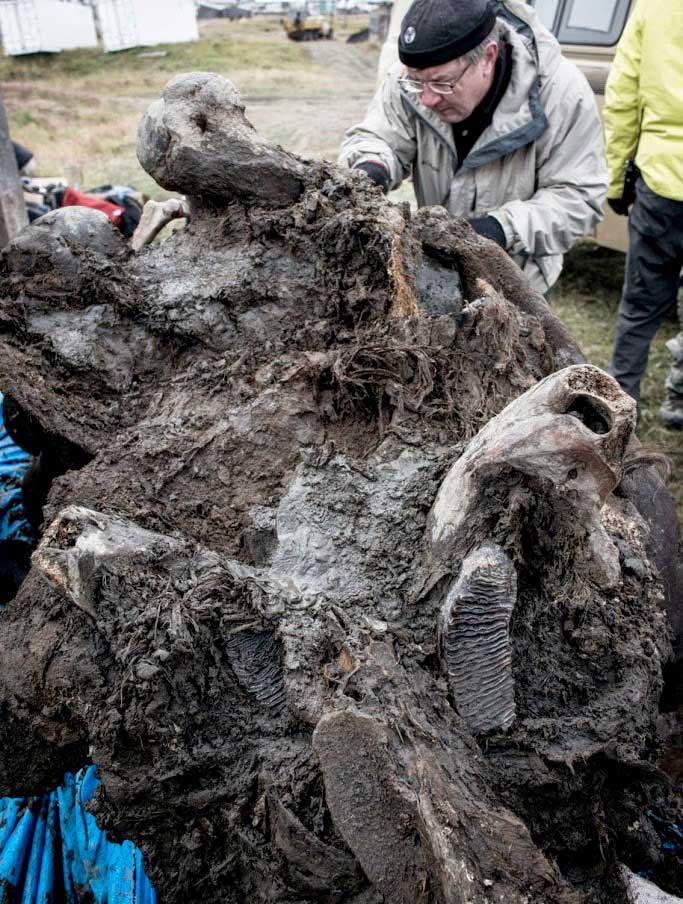 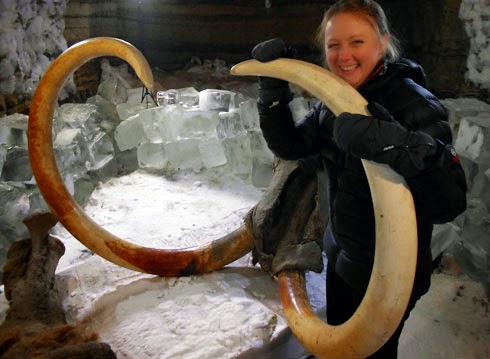 Mammoth cloning is closer to becoming a reality following the discovery of the best-preserved specimen ever found.

An autopsy on a 28,000-year-old mammoth has yielded surprisingly fresh-looking flesh that could contain enough intact DNA to make cloning possible, galvanising scientists who have been working for years to bring back the extinct elephant relative.

Tests are still being conducted on flesh from across the mammoth’s body to see if it will yield cells containing a complete genome – the genetic code necessary to build an organism.

The mammoth (nicknamed Buttercup) was discovered in 2013 on Maly Lyakhovsky Island in northern Siberia and excavated from the permafrost. The flesh was remarkably well-preserved, and oozed a dark red liquid when scientists cut into it.

That liquid has now been confirmed as blood, following an autopsy conducted by scientists including Museum palaeobiologist Dr Tori Herridge.

‘As a palaeontologist, you normally have to imagine the extinct animals you work on,’ said Dr Herridge.

‘So actually coming face-to-face with a mammoth in the flesh, and being up to my elbows in slippery, wet, and frankly rather smelly mammoth liver, counts as one of the most incredible experiences of my life.’

The full results of the autopsy were shown in the Channel 4 documentary Woolly Mammoth – The Autopsy, on Sunday 23 November at 20.00.

Life and death of a mammoth

The blood was not the only remarkable finding of the autopsy. Analysis of the mammoth’s tusks revealed it was a female who had been through at least eight successful calving events.

Rates of tusk growth depend on whether the female is pregnant or lactating, and from Buttercup’s tusks the team were able to tell that at least one of her calves had died.

Analysis of her teeth show that Buttercup died in her fifties. The molar teeth of mammoths and elephants, which are closely related, are replaced six times throughout their lives. Once the last set wears down, the animal generally starves and dies.

However, it was determined that Buttercup met her end by becoming trapped in a peat bog and getting eaten alive by predators. Despite her brutal death she was incredibly well-preserved, thanks oxygen-free environment of the peat bog and the freezing process.

‘The information gleaned from Buttercup’s autopsy about her life and death, and the future discoveries that will come from analyses of her muscles and internal organs, will add to our understanding of these magnificent Ice Age beasts,’ said Dr Herridge.

If we can clone – should we?

The information learnt about the lives of mammoths is exciting in itself, but it is the potential for cloning that has captured the most attention.

However, while we are now closer to the reality of creating a living mammoth than ever before, Dr Herridge thinks that it may not be a good idea.

‘I doubt that there are many people in the world who would like to see a real-life woolly mammoth as much as I do. And yet I think cloning one would be ethically flawed,’ she wrote in an opinion piece for the Guardian this week.

‘Does the potential benefit to humanity of cloning a mammoth outweigh the suffering an Asian elephant surrogate mother might experience? I’ve yet to hear a convincing argument that it does,’ wrote Dr Herridge.

‘So, why should we clone a mammoth? Because it would be cool to see one? That’s not going to cut it, I’m afraid.’