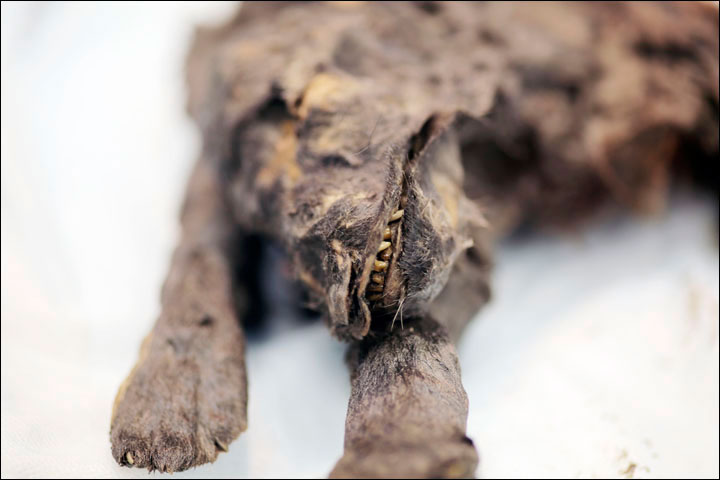 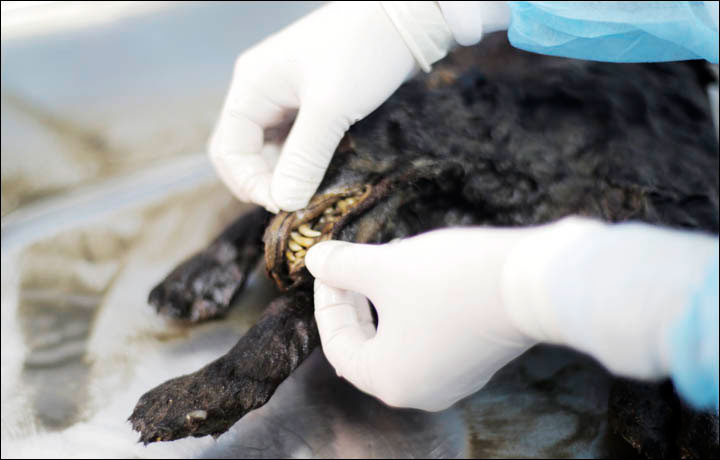 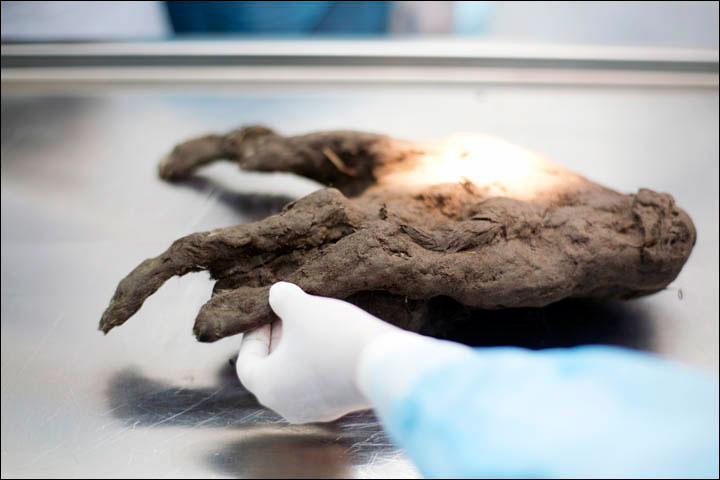 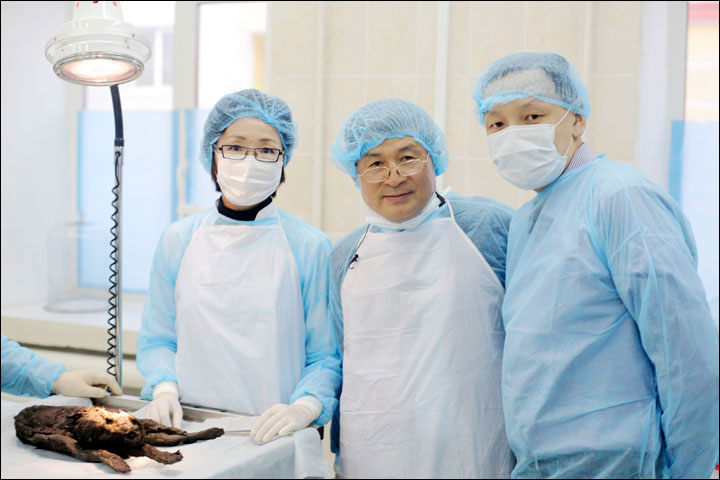 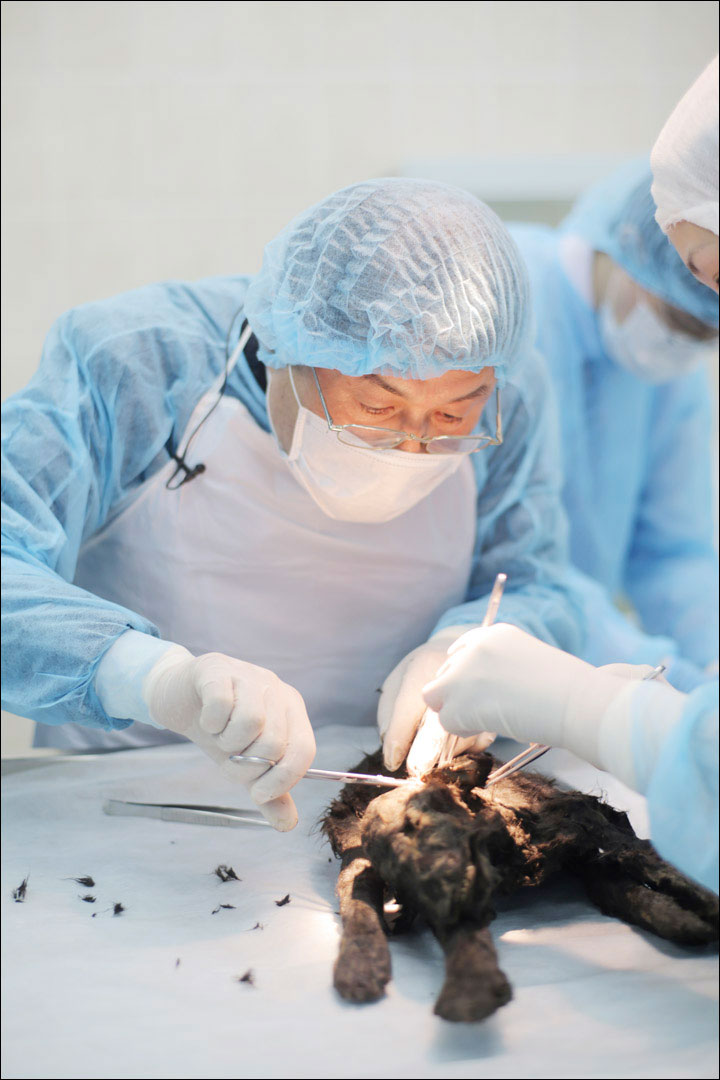 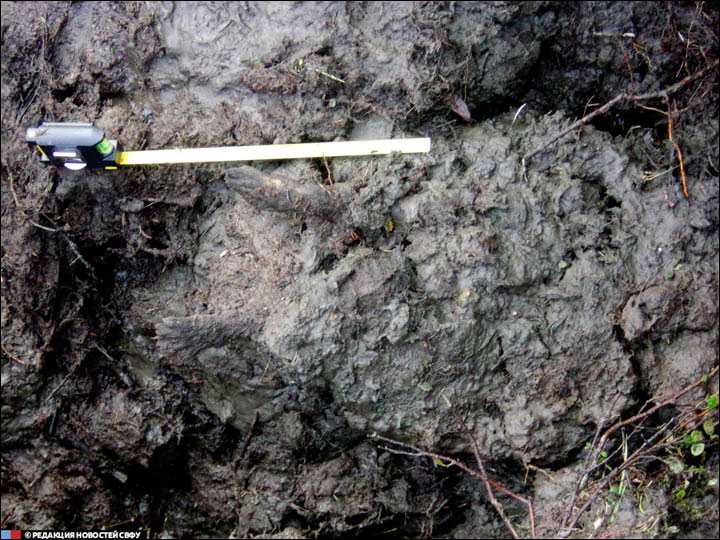 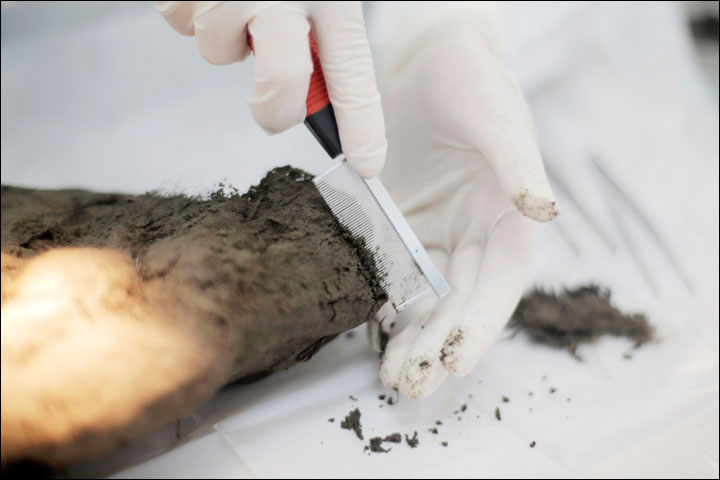 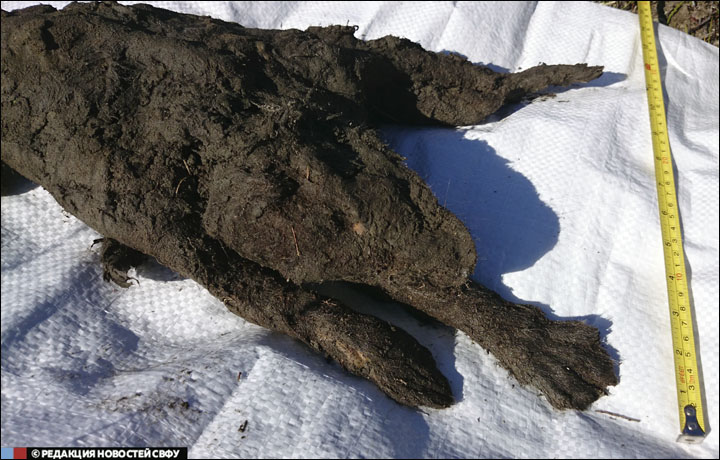 A Pleistocene canid frozen for 12,400 years, found in Siberia, with an exceptionally well preserved brain, offers scientists hope to gain information and perhaps even clone the puppy. The animal, probably a dog, although research need to perform further analyses to establish that, is the most well preserved specimen they have so far. In 2011 scientists had found another puppy but not so well preserved. The two animals probably died in a landslide and covered with permafrost, and thus were mummified.

The discovery was made in the Ust-Yansky district of the Sakha Republic, on a bank of the River Syalakh. The remains of the animal were mummified, and autopsy along with MRI scans showed that not only the carcass but also the brain are remarkably well preserved. According to Russian expert Dr Pavel Nikolsky, research fellow of the Geological Institute, Moscow, the degree of preservation is about 70-80%. It is the first time the brain of a Pleistocene canid is in the hands of scientists, and according to Sergey Fedorov, research fellow of the Northeast Federal University, scientists hope to get information from the puppy’s brain.

Dr Artemiy Goncharov, Head of the research laboratory of the Department of Epidemiology, Parasitology and Desinfectology at the NorthWestern State Medical University in St Petersburg, said that samples rom the ground around the carcass will be examined for bacteria and parasites typical of the species.

Archaeologist Alexander Kandyba, from the Institute of Archeology and Ethnography in Novosibirsk, obtained tools made of bone at the site, so perhaps the puppies were ancient pets. However, there is not sufficient evidence to support this theory.

Hwang Woo-suk, the South Korean professor who is participating in an effort to clone woolly mommoths and other extinct species, was also present at the examination, and stated that he was excited and very satisfied with the condition of the remains.

Although plenty of work and analyses need to be carried out, scientists are very satisfied with the condition of the find.