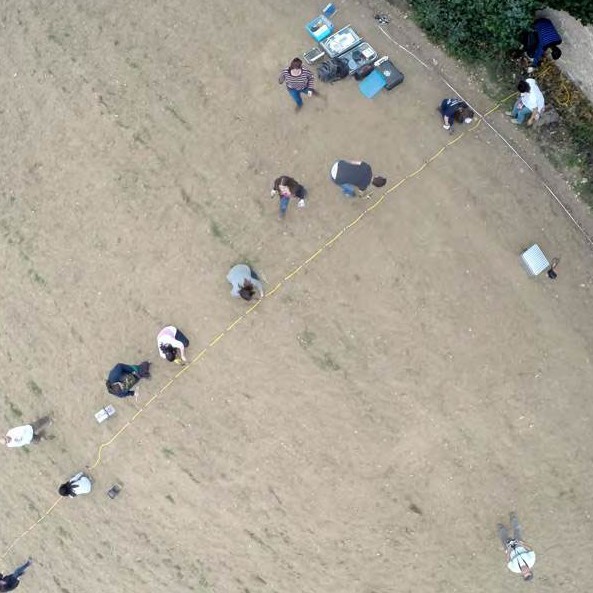 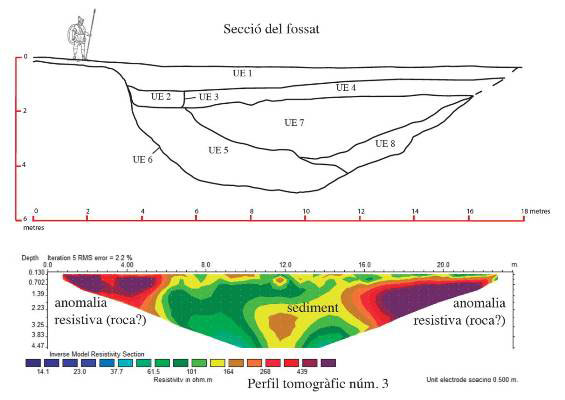 After the footprint of Punic wars

Students of Archaeology at the University of Barcelona (UB) have discovered the remains of a 2,200-year-old moat that defended the Iberian town of Vilar de Valls, the ancient city of Valls, in Tarragona.

The students are working on a project led by Jaume Noguera, researcher in the Department of Prehistory, Ancient History and Archaeology of the UB, entitled ‘Guerra i conflicte al nord-est de la Península ibèrica en època romanorepublicana (segles III-I aC)’.

“The main goal of the project is the systematic survey of the area because results got so far (Carthaginian coins, lead projectiles, etc.) indicate the presence of Punic – Carthaginian military contingents on the Second Punic War that took place in the Iberian Peninsula”, says Jaume Noguera.

Within the practical work of the degree, about one hundred students carried out field walking, with metal detectors, aerial photography and geophysical surveys. Results obtained from one of the techniques —the electrical tomography— showed some soil anomalies. It is a non-invasive technique, developed with the support provided by lecturers and researchers in the Department of Geochemistry, Petrology and Geological Prospecting of the UB, which analyses soil materials considering their electrical behaviour and distinguish them according to their resistance.

These results led to carry out a survey at the end of December that proved the existence of a great moat that defended the Iberian town of Vilar de Valls. It is 14 metres wide and nearly 5 metres deep moat, and it could be longer than 400 metres.

After the footprint of Punic wars

Catalan southern territories were one the most important areas in the conflict. The Carthaginian general Hannibal Barca crossed the Pyrenees and the Alps with a powerful army and he was threatening Rome. Carthaginians aimed at consolidating their control over the Mediterranean and they wanted to guarantee their troops a supply route. But Rome counterattacked and won some battles. Romans conquered Cartago Nova in 209 BC, the main Carthaginian base in the Iberian Peninsula.

Carthaginian presence in the area of today’s Tarragona and the violent destruction of the settlement of Vilar del Valls could be connected to one of this battles. After the landing of the Roman general Gnaeus Cornelius Scipio in Empuries in 218 BC, Roman troops defeated a contingent composed by 11,000 Carthaginians who were in the rear of Hannibal Barca, near a town named Kissa or Cissis. “After the battle, Roman soldiers assaulted and destroyed the Carthaginian camp and the Iberian settlement, probably located in today’s Valls”, affirms Jaume Noguera.

The project plans to continue geophysical surveys in order to delimitate the ancient city, which could have taken up between six and eight hectares, and select the site where archaeological excavations will be developed.