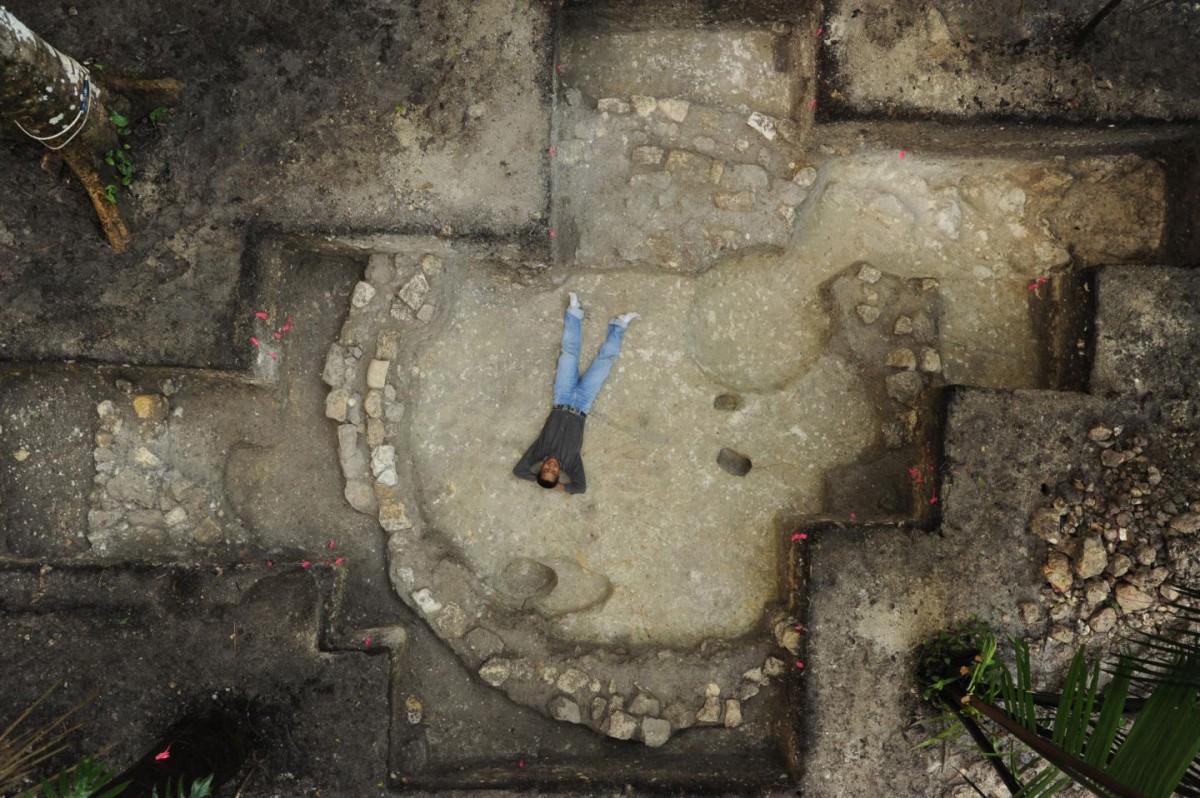 Archaeologists working in Guatemala have unearthed new information about the Maya civilization’s transition from a mobile, hunter-gatherer lifestyle to a sedentary way of life.

Led by University of Arizona archaeologists Takeshi Inomata and Daniela Triadan, the team’s excavations of the ancient Maya lowlands site of Ceibal suggest that as the society transitioned from a heavy reliance on foraging to farming, mobile communities and settled groups co-existed and may have come together to collaborate on construction projects and participate in public ceremonies.

The findings, to be published this week in Proceedings of the National Academy of Sciences, challenge two common assumptions: that mobile and sedentary groups maintained separate communities, and that public buildings were constructed only after a society had fully put down roots.

“There has been the theory that sedentary and mobile groups co-existed in various parts of the world, but most people thought the sedentary and mobile communities were separate, even though they were in relatively close areas,” said Inomata, a UA professor of anthropology and lead author of the PNAS study. “Our study presents the first relatively concrete evidence that mobile and sedentary people came together to build a ceremonial center.”

A public plaza uncovered at Ceibal dates to about 950 B.C., with surrounding ceremonial buildings growing to monumental sizes by about 800 B.C. Yet, evidence of permanent residential dwellings in the area during that time is scarce. Most people were still living a traditional hunter-gatherer-like lifestyle, moving from place to place throughout the rainforest, as they would continue to do for five or six more centuries.

The area’s few permanent residents could not have built the plaza alone, Inomata said.

“The construction of ceremonial buildings is pretty substantial, so there had to be more people working on that construction,” he said.

Inomata and his colleagues theorize that groups with varying degrees of mobility came together to construct the buildings and to participate in public ceremonies over the next several hundred years. That process likely helped them to bond socially and eventually make the transition to a fully sedentary society.

“This tells us something about the importance of ritual and construction. People tend to think that you have a developed society and then building comes. I think in many cases it’s the other way around,” Inomata said.

“For those people living the traditional way of life, ceremony, ritual and construction became major forces for them to adapt a new way of life and build a new society. The process of gathering for ritual and gathering for construction helped bring together different people who were doing different things, and eventually that contributed to the later development of Mayan civilization.”

The transition was gradual, with the Maya making the shift to a fully sedentary agrarian society, reliant on maize, by about 400 or 300 B.C., Inomata said.

“The most fascinating finding is that different peoples with diverse ways of life co-existed in apparent harmony for generations before establishing a more uniform society,” said Melissa Burham, a study co-author and a graduate student in the UA School of Anthropology. “Discovering an ancient ‘melting pot’ is definitely the unexpected highlight of this research.”