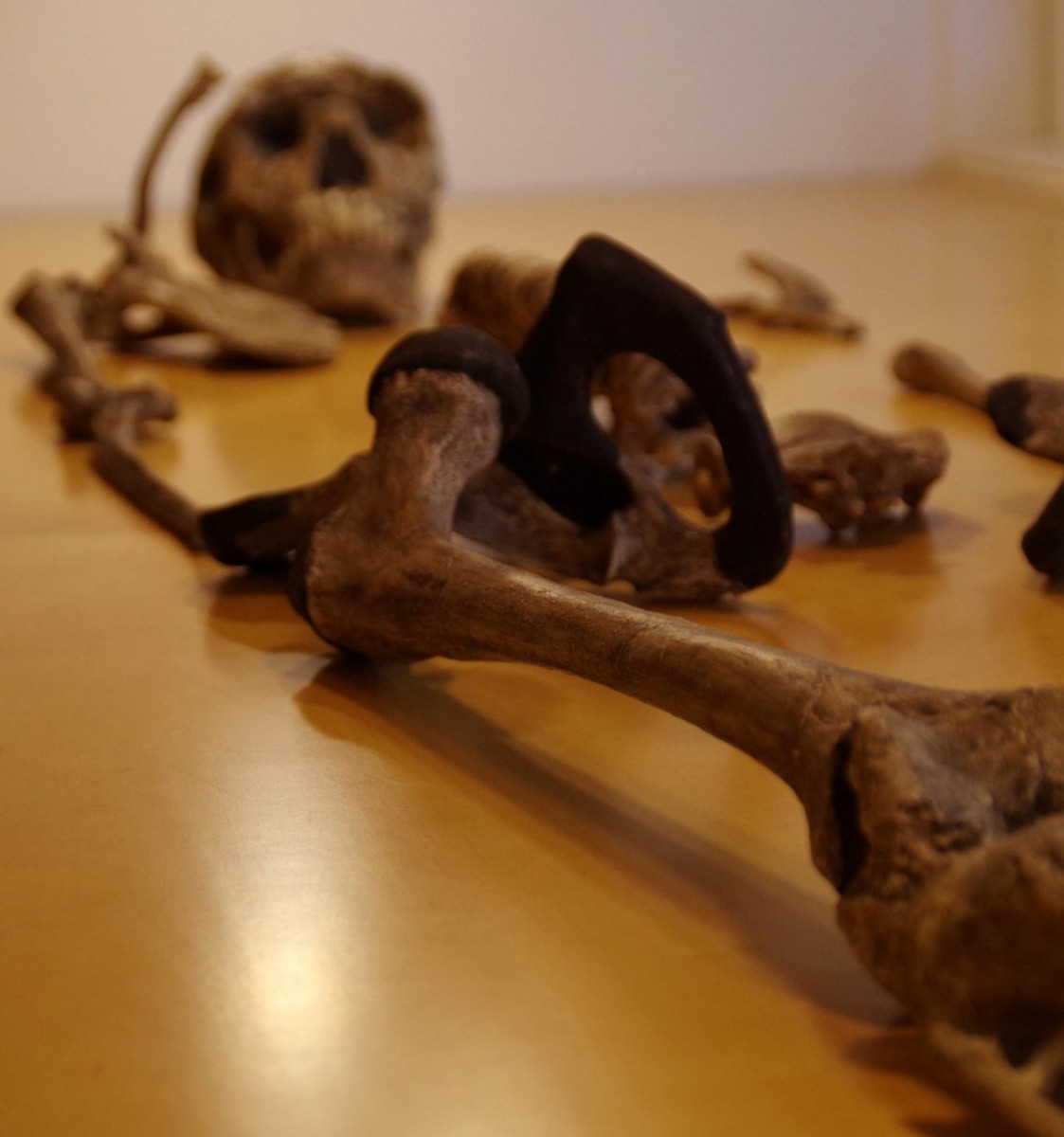 Just as we do today!

One of the dominant theories of our evolution is that our genus, Homo, evolved from small-bodied early humans to become the taller, heavier and longer legged Homo erectus that was able to migrate beyond Africa and colonise Eurasia. While we know that small-bodied Homo erectus – averaging less than five foot (152cm) and under 50kg – were living in Georgia in southern Europe by 1.77 million years ago, the timing and geographic origin of the larger body size that we associate with modern humans has, until now, remained unresolved.

But a joint study by researchers at the Universities of Cambridge and Tübingen (Germany), recently published in the Journal of Human Evolution, has now shown that the main increase in body size occurred tens of thousands of years after Homo erectus left Africa, and primarily in the Koobi Fora region of Kenya. According to Manuel Will, a co-author of the study from the Department of Early Prehistory and Quaternary Ecology at Tübingen, “the evolution of larger bodies and longer legs can thus no longer be assumed to be the main driving factor behind the earliest excursions of our genus to Eurasia”.

Researchers say the results from a new research method, using tiny fragments of fossil to estimate our earliest ancestors’ height and body mass, also point to the huge diversity in body size we see in humans today emerging much earlier than previously thought.

The origins of diversity

“What we’re seeing is perhaps the beginning of a unique characteristic of our own species – the origins of diversity,” said Dr Jay Stock, co-author of the study from the University of Cambridge’s Department of Archaeology and Anthropology. “It’s possible to interpret our findings as showing that there were either multiple species of early human, such as Homo habilis, Homo ergaster and Homo rudolfensis, or one highly diverse species. This fits well with recent cranial evidence for tremendous diversity among early members of the genus Homo.”

“If someone asked you ‘are modern humans 6 foot tall and 70kg?’ you’d say ‘well some are, but many people aren’t,’ and what we’re starting to show is that this diversification happened really early in human evolution,” said Stock.

The study is the first in 20 years to compare the body size of the humans who shared the earth with mammoths and sabre-toothed cats between 2.5 and 1.5 million years ago. It is also the first time that many fragmentary fossils – some as small as toes and tiny ankle bones no more than 5cm long – have been used to make body size estimates.

Comparing measurements of fossils from sites in Kenya, Tanzania, South Africa, and Georgia, the researchers found that there was significant regional variation in the size of early humans during the Pleistocene. Some groups, such as those who lived in South African caves, averaged 4.8 feet tall; some of those found in Kenya’s Koobi Fora region would have stood at almost 6 foot, comparable to the average of today´s male population in Britain.

“Basically every textbook on human evolution gives the perspective that one lineage of humans evolved larger bodies before spreading beyond Africa. But the evidence for this story about our origins and the dispersal out of Africa just no longer really fits,” said Stock. “The first clues came from the site of Dmanisi in Georgia where fossils of really small-bodied people date to 1.77 million years ago. This has been known for several years, but we now know that consistently larger body size evolved in Eastern Africa after 1.7 million years ago, in the Koobi Fora region of Kenya.”

“We tend to simplify our interpretations because the fossil record is patchy and we have to explain it in some way. But revealing the diversity that exists is just as important as those broad, sweeping explanations.”

The largest comparative study so far

Previous studies have been based on small samples of only 10-15 fossils because techniques for calculating the height and body mass of individuals required specific pieces of bone such as the hip joint or most of a leg bone. Stock and Will have used a sample size three times larger, estimating body size for over 40 specimens contained in collections all over Africa and Georgia, making it the largest comparative study conducted so far.

Instead of waiting for new fossils to be discovered and hoping that they contained these specific bones, Stock and Will decided to try a different approach and make use of previously over-looked fossils. In what Stock describes as a “very challenging project,” they spent a year developing new equations that allowed them to calculate the height and body mass of individuals using much smaller bones, some as small as toes. By comparing these bones to measurements taken from over 800 modern hunter-gatherer skeletons from around the world and applying various regression equations, the researchers were able to estimate body size for many new fossils that have never been studied in this way before.

“In human evolution we see body size as one of the most important characteristics, and from examining these ‘scrappier’ fossils we can get a much better sense of when and where human body size diversity arose. Before 1.7 million years ago our ancestors were seldom over 5 foot tall or particularly heavy in body mass.

“When this significant size shift to much heavier, taller individuals happened, it occurred primarily in one particular place – in a region called Koobi Fora in northern Kenya around 1.7 million years ago. That means we can now start thinking about what regional conditions drove the emergence of this diversity, rather than seeing body size as a fixed and fundamental characteristic of a species,” said Stock.