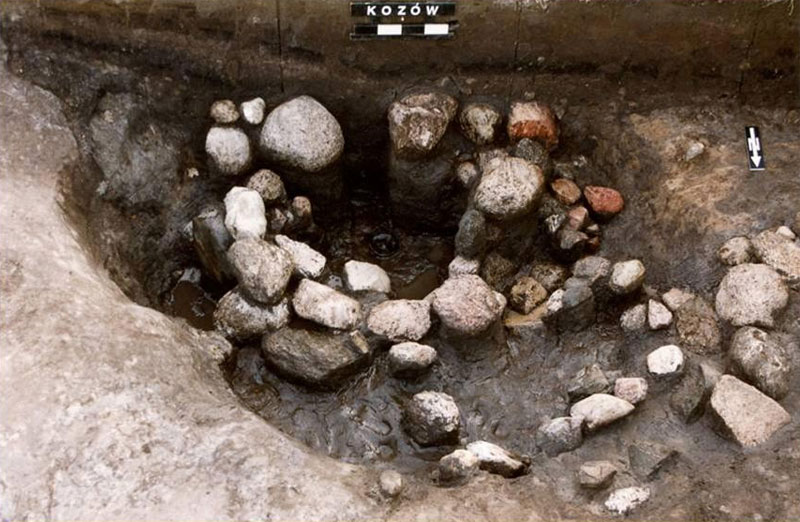 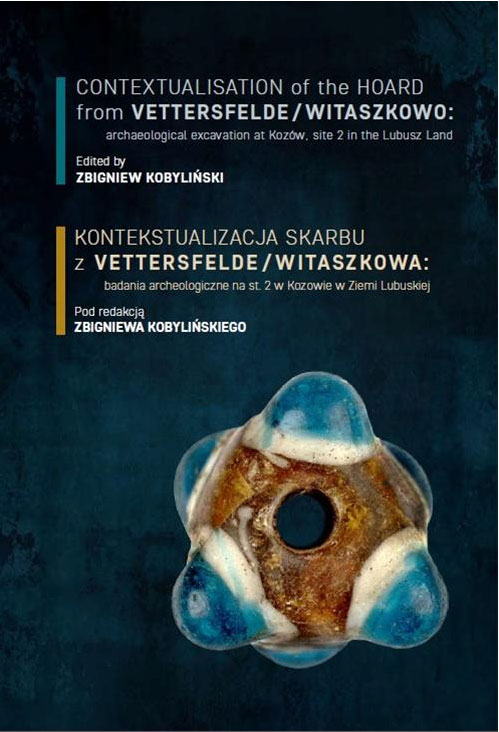 It has been discovered 130 ago

More than 130 years ago in the area of today’s Witaszkowo (Lubusz province) a local farmer discovered dozens of gold artefacts of the 6th c. BC which are associated with the presence of the Scythians. Until recently archaeologists were unable to determine the precise location of the discovery. A publication shedding new light on this issue has just been released.

The treasure weighing close to 5 kg includes: a shield-shaped ornament, a pendant, gorytos (bow and arrow case) fitting in the shape of a fish with a body filled with scenes of hunting carnivores, acinaces (Scythian short sword), dagger and scabbard fittings. Currently, the majority of the collection is in the Berlin collection Antikensammlung. Scientists assumed that the items belonged to one of the Scythian leaders, killed while fighting the local people of the Lusatian culture.

Polish archaeologists have been unsuccessfully searching for the place of discovery of this treasure since the end of World War II. In 2001-2004, a joint study was held in the area of Witaszkowo, conducted by the Cardinal Stefan Wyszyński University in Warsaw, Institute of Archaeology and Ethnology PAS and the Archaeology Affairs Office of Saxony, headed by Prof. Zbigniew Kobyliński and Dr. Louis Daniel Nebelsick.

Published by the Archaeological Foundation in Zielona Góra, bilingual (English – Polish), the book presents the results of the excavations carried out – as it turned out – with success. By analysing archival documents preserved in Berlin museums and field work, archaeologists identified the original place of the treasure discovery. It is a farm field situated between the present villages Witaszkowo and Kozów.

During excavations they discovered a ceremonial spring walled with stones, in which there were hundreds of so-called consecrated bowls with omphalos (convex “navel” at the bottom), modelled on the ancient Greek ritual libation vessels. This ritual involved pouring down valuable fluids, as sacrifice for the deities. In Poland, finds of this type are known only as funerary items. In the same place, archaeologists discovered unique glass beads, probably originating from the steppes on the Black Sea. The area near the spring was covered with paving stone and a layer of burnt. There are also remains of a wooden bridge leading from the vast hearth to the spring.

Metallographic analysis of gold objects proved that they had never been used, but showed signs of fire. According to the researchers, indications are that it used to be a place of worship of water deities. Rituals held there included libations and burning, and then placing valuables in the spring. Among them was the “Witaszkowo Treasure”, offered by the Scythians as a diplomatic gift to local chiefs – the researchers speculate. This is another important finding in the book – the Scythians not only destroyed and looted, but also tried to secure control of long trade routes by establishing good relations with the local population.

“This discovery allowed us to reject previously prevailing belief that the “Witaszkowo Treasure” was the spoils of war captured by the local population during battle with Scythians invaders, or a Scythian chieftain’s grave” – concluded Prof. Kobyliński.

The book “Finding and contextualising of the Vettersfelde / Witaszkowo Hoard” has been published with the financial support of the Ministry of Culture and National Heritage under Priority 5 “Protection of Archaeological Sites”. Editor of the volume is Prof. Zbigniew Kobyliński. The texts for the monograph have been prepared by Polish, German and Spanish archaeologists. The publication contains full source material, as well as a multi-faceted analysis of all materials, including archival data acquired during earlier research in the late nineteenth and early twentieth century, as well as the systematic study carried out in the years 2001-2004.