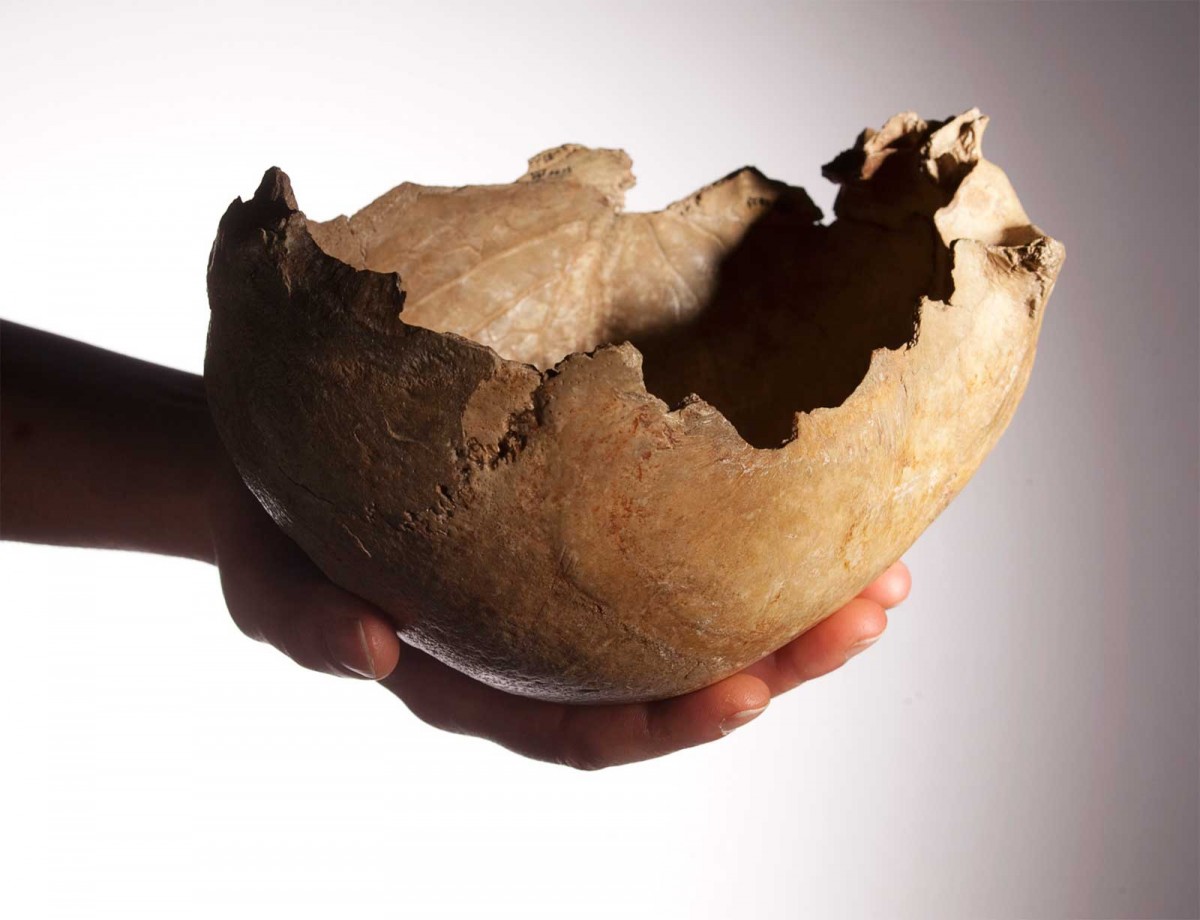 Analysis of ancient cadavers recovered at a famous archaeological site confirm the existence of a sophisticated culture of butchering and carving human remains, according to a team of scientists from the Natural History Museum, University College London, and a number of Spanish universities.

Gough’s Cave in Somerset was thought to have given up all its secrets when excavations ended in 1992, yet research on human bones from the site has continued in the decades since. After its discovery in the 1880s, the site was developed as a show cave and largely emptied of sediment, at times with minimal archaeological supervision. The excavations uncovered intensively-processed human bones intermingled with abundant butchered large mammal remains and a diverse range of flint, bone, antler, and ivory artefacts.

New radiocarbon techniques have revealed remains were deposited over a very short period of time, possibly during a series of seasonal occupations, about 14,700 years ago.

Dr Silvia Bello, from the Natural History Museum’s Department of Earth Sciences, lead researcher of the work said, “The human remains have been the subject of several studies. In a previous analysis, we could determine that the cranial remains had been carefully modified to make skull-cups. During this research, however, we’ve identified a far greater degree of human modification than recorded in earlier. We’ve found undoubting evidence for defleshing, disarticulation, human chewing, crushing of spongy bone, and the cracking of bones to extract marrow.”

The presence of human tooth marks on many of the bones provides incontrovertible evidence for cannibalism, the team found. In a wider context, the treatment of the human corpses and the manufacture and use of skull-cups at Gough’s Cave has parallels with other ancient sites in central and western Europe. But the new evidence from Gough’s Cave suggests that cannibalism during the ‘Magdalenian period’ was part of a customary mortuary practice that combined intensive processing and consumption of the bodies with the ritual use of skull-cups.

Simon Parfitt, of University College London, said, “A recurring theme of this period is the remarkable rarity of burials and how commonly we find human remains mixed with occupation waste at many sites. Further analysis along the lines used to study Gough’s Cave will help to establish whether the type of ritualistic cannibalism practiced there is a regional (‘Creswellian’) phenomenon, or a more widespread practice found throughout the Magdalenian world.”