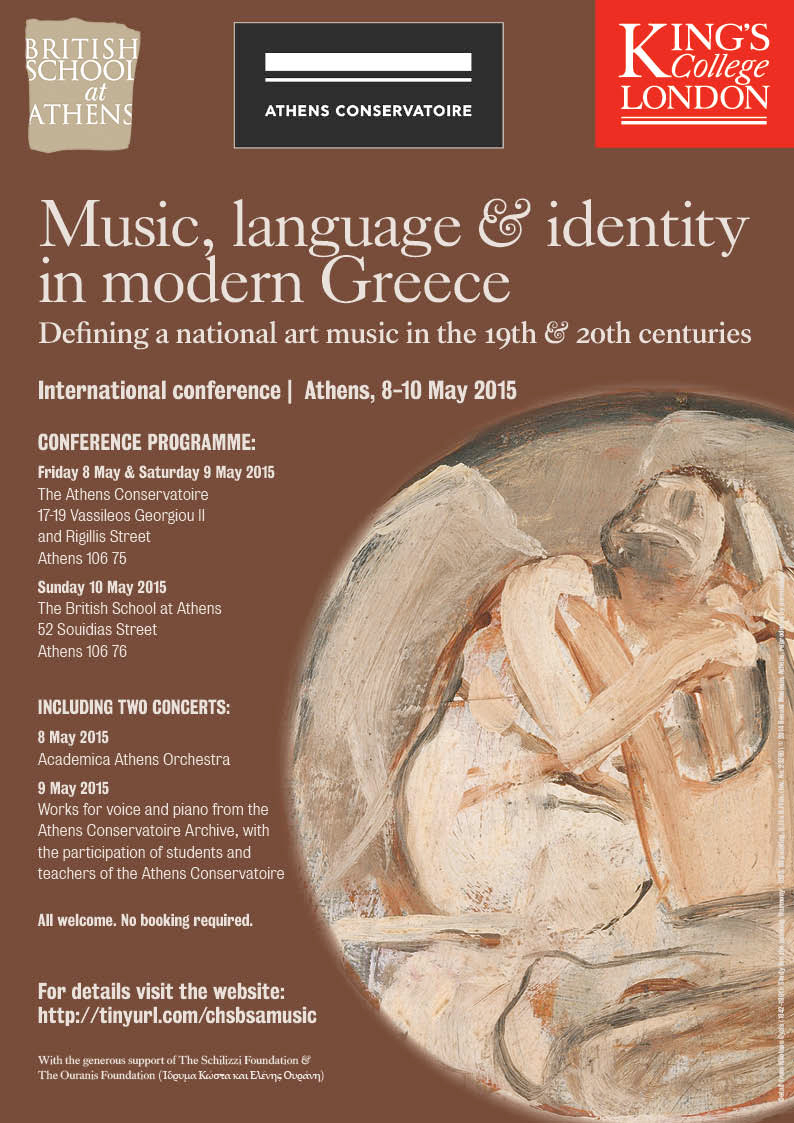 Defining a national art music in the 19th and 20th centuries

“Music, language & identity in Modern Greece” is an international conference hosted by the Centre for Hellenic Studies in collaboration with the Music Department of King’s College London, the Athens Conservatoire and the British School at Athens. It will take place on May 8-10, 2015, in Athens.

The conference will scrutinise approaches to the creation of national poetry and art music in Greece since the 19th century. It concentrates on absences, complexities and contradictions which arose from efforts to synthesise the indigenous musico-poetic tradition with artistic developments in Western Europe.

The conference will be of interest to students of modern Greek poetry and music; ‘the autonomy of music’ and ‘national music’; ‘musical poetics’ of poets; the role of music in the construction of national identity; Balkan music; and more generally cultural approaches to poetry and music.

For full details please go to the programme.