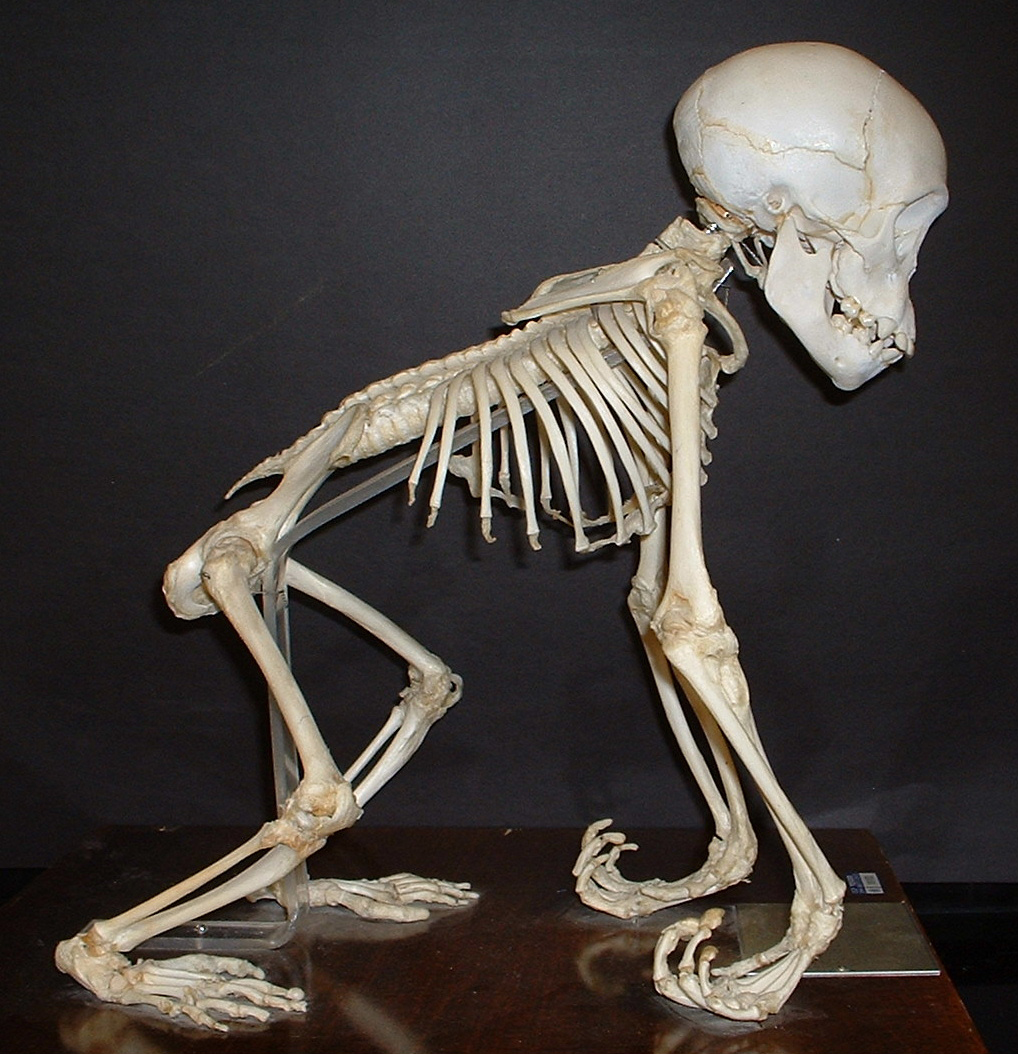 Lower back pain is one of the most common health issues for humans, yet doctors can’t always definitively explain what causes many of our back problems.

Scientists have long pondered whether there is a link between walking upright and back problems, since humans experience more back pain than other primates, such as chimpanzees with whom we share 98 per cent of our DNA.

An evolutionary relationship between walking upright and spinal health

A biological anthropologist, Plomp has spent the past seven years studying ancient bones for the telltale signs of disease and injury that give archaeologists insight into our ancient ancestors’ health and lifestyles.

“Evidence of injury and disease on human skeletons provide archaeologists with valuable insight into our ancestors’ health and lifestyles and can provide a lot of information about the health of a person or a population,” says Plomp, who is working with professor Mark Collard as part of the Human Evolutionary Studies Program (HESP). The other team members are researchers Darlene Weston at the University of BC, Una Strand Viðarsdóttir from the University of Iceland, and Keith Dobney from the University of Aberdeen.

“For example, in ancient remains we can see evidence of metabolic issues, infectious disease, and trauma related to heavy activities or a rough lifestyle.”

Some human skeletons exhibit vertebrae statistically indistinguishable from those of chimpanzees

“We found that some characteristics of human vertebrae differ in shape between those individuals who have a lesion called a Schmorl’s node—a small hernia that can occur in the cartilaginous disc between the vertebrae,” says Plomp.

“The humans that have Schmorl’s nodes tend to have vertebral elements with a shape that is statistically indistinguishable from chimpanzee vertebrae.

“Humans and chimpanzees split from a common ancestor about eight to nine million years ago, and at some point after that split it is thought the human lineage evolved to be bipedal, moving on two rear legs, while the chimpanzees evolved to be knuckle-walkers.”

“As evolution occurred, our vertebrae would have changed as we evolved from using some form of quadrupedal locomotion, using four legs, to bipedalism, using two legs,” she says.

“However evolution is not perfect and some vertebral characteristics, such as the ones we identified as being similar to chimpanzees, may have remained within the human ‘blueprint’ and result in some people having vertebrae that are less able to withstand the pressures of bipedal walking.

“In short, our study suggests that the pathological vertebrae of some people may be less well adapted for walking upright.”

Plomp and Collard call this the “ancestral shape hypothesis” and plan further investigations using 3D shape studies of ancient and modern human and primate vertebrae, and include other spinal diseases such as osteoarthritis.

She says the findings not only have potential clinical implications but also illustrate the benefits of bringing the tools of evolutionary biology to bear on problems in medicine and public health.

Her article, “The ancestral shape hypothesis: An evolutionary explanation for the occurrence of intervertebral disc herniation in humans,” has been published in the peer-reviewed journal BMC Evolutionary Biology.