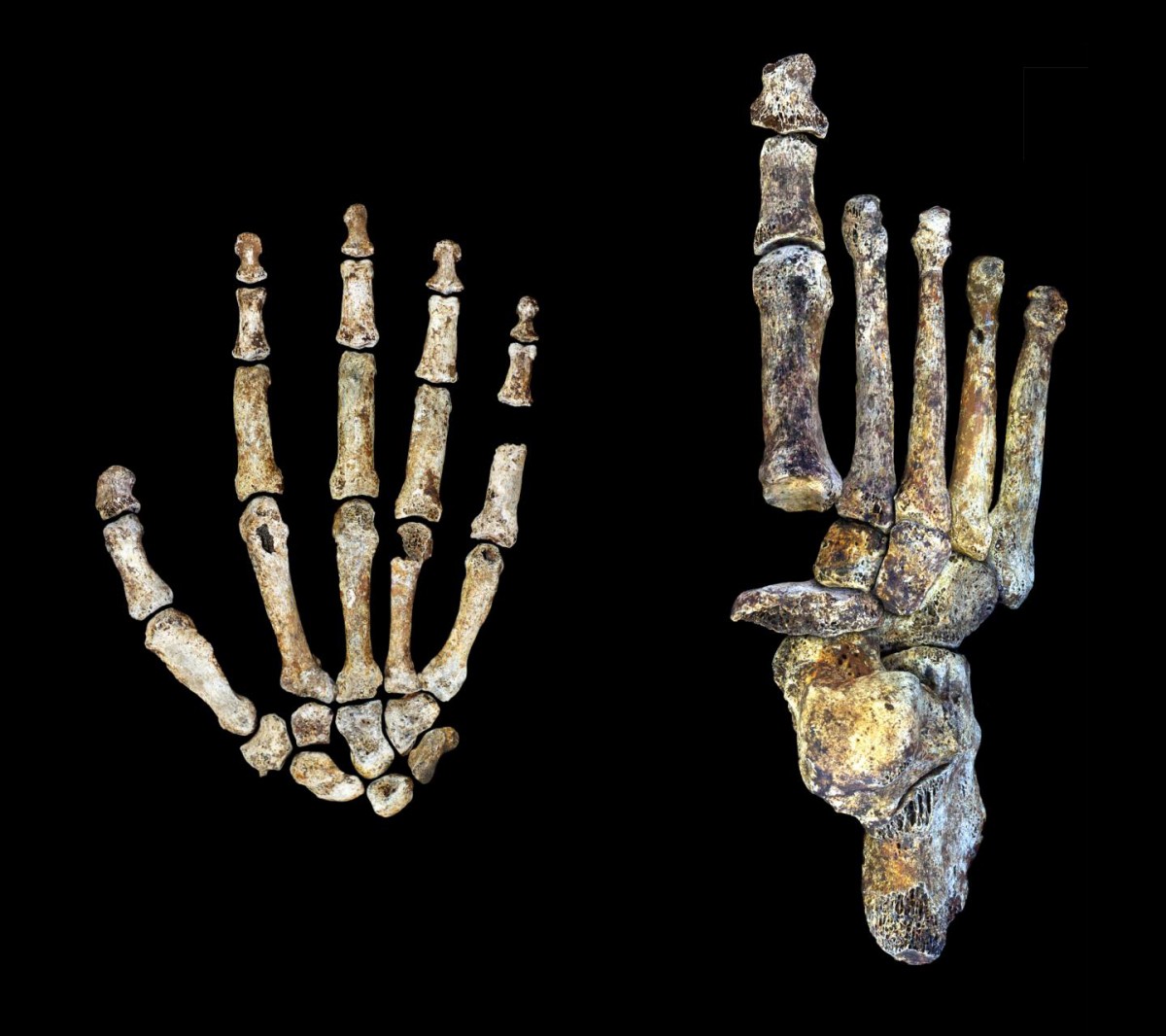 The hand and foot of Homo naledi

The second set of papers related to the remarkable discovery of Homo naledi, a new species of human relative, have been published in scientific journal, Nature Communications, on Tuesday, 6 October 2015.

The two papers, titled: The foot of Homo naledi and The hand of Homo naledi, describe the structure and function of the H. naledi hand and foot. Taken together, the findings indicate H. naledi may have been uniquely adapted for both tree climbing and walking as dominant forms of movement, while also being capable of precise manual manipulation.

The research were conducted by a team of international scientists associated with the Evolutionary Studies Institute at the University of the Witwatersrand in South Africa, home of the Rising Star Expedition team that have since the 2013-discovery of the largest hominin find yet made on the African continent, recovered some 1 550 numbered fossil elements from a cave in the Cradle of Humankind World Heritage Site, some 50 kilometres northwest of Johannesburg.

According to the researchers, when considered together, these papers indicate a decoupling of upper and lower limb function in H. naledi, and provide an important insight into the skeletal form and function that may have characterised early members of the Homo genus.

The foot of Homo naledi

Lead author William Harcourt-Smith and colleagues describe the H. naledi foot based on 107 foot elements from the Denaldi Chamber, including a well preserved adult right foot. They show the H. naledi foot shares many features with a modern human foot, indicating it is well-adapted for standing and walking on two feet. However, the authors note it differs in having more curved toe bones (proximal phalanges).

The hand of Homo naledi

Lead author Tracey Kivell and colleagues describe the H. naledi hand based on nearly 150 hand bones from the Denaldi Chamber, including a nearly complete adult right hand (missing only one wrist bone) of a single individual, which is a rare find in the human fossil record.

The H. naledi hand reveals a unique combination of anatomy that has not been found in any other fossil human before. The wrist bones and thumb show anatomical features that are shared with Neandertals and humans and suggest powerful grasping and the ability to use stone tools.

However, the finger bones are more curved than most early fossil human species, such as Lucy’s species Australopithecus afarensis, suggesting that H. naledi still used their hands for climbing in the trees. This mix of human-like features in combination with more primitive features demonstrates that the H. naledi hand was both specialised for complex tool-use activities, but still used for climbing locomotion.

“The tool-using features of the H. naledi hand in combination with its small brain size has interesting implications for what cognitive requirements might be needed to make and use tools, and, depending on the age of these fossils, who might have made the stone tools that we find in South Africa,” says Kivell.