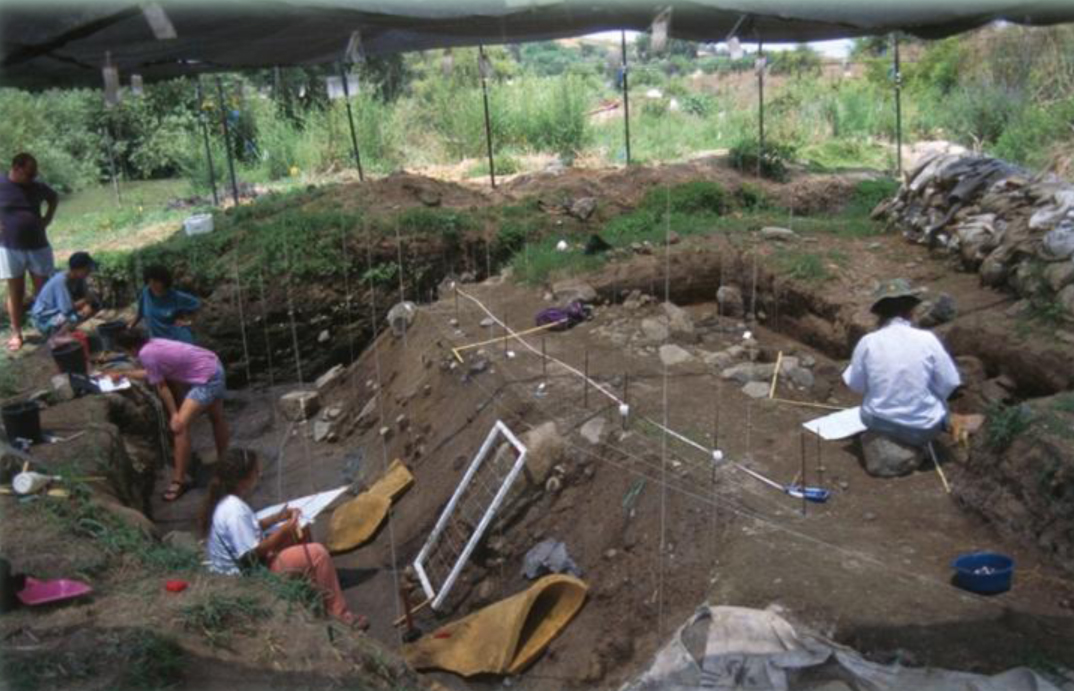 The Faculties of History and Archaeology of the National and Kapodistrian University of Athens and the University of Crete have joined forces to organize a scientific seminar on the field of Palaeolithic Archaeology. The first lecture of this seminar series will be given by Naama Goren-Inbar (Institute of Archaeology of the Hebrew University of Jerusalem). The lecture is titled “The Acheulian site of Gesher Benot Ya‘aqov, Israel: environment, hominin culture, subsistence and adaptation”.

The Acheulian site of Gesher Benot Ya‘aqov (GBY), located in the Hula Valley, northern sector of the Dead Sea transform is stretching along 3.5 km of the Jordan River and its banks. The accumulation of tilted lake margin sediments interfingering with basalt flows began around 1.1 Ma and ended after 0.6 Ma. The excavations (1989-1997) exposed 34 m thick deposits at the site providing unique data sets on climate, environment, biology, culture and hominin behaviour. Hominin presence is known all long the section but the richest sites (15) occur above the M/B Boundary Chron providing information on Acheulian technology and cognition along the time trajectory.

These assemblages show a continuous cultural tradition of the same tool kit along the time trajectory. Various reduction sequences of tools required developed cognitive abilities and continuous communication abilities interpreted as language. Evidence of hominin subsistence includes taphonomic data of carcass processing including extraction of marrow with preference of fallow deer, elephant, hippo and fish consumption. Edible plant remains include nuts, USO, fruits, seeds and vegetables in association with stone artifacts and animal bones. Fire, present throughput was clearly instrumental in the expansion of diet and documented spatially. The GBY analyses provide novel results on hominin adaptations to a Mediterranean environment and on prolonged Levantine Corridor occupations, illustrating the mechanisms of diffusion along the African Great Rift system.

Where and when: Central Building of the National and Kapodistrian University of Athens, Panepistimiou str., 30, Athens; Wednesday, December 16, 2015, 7.00 p.m.