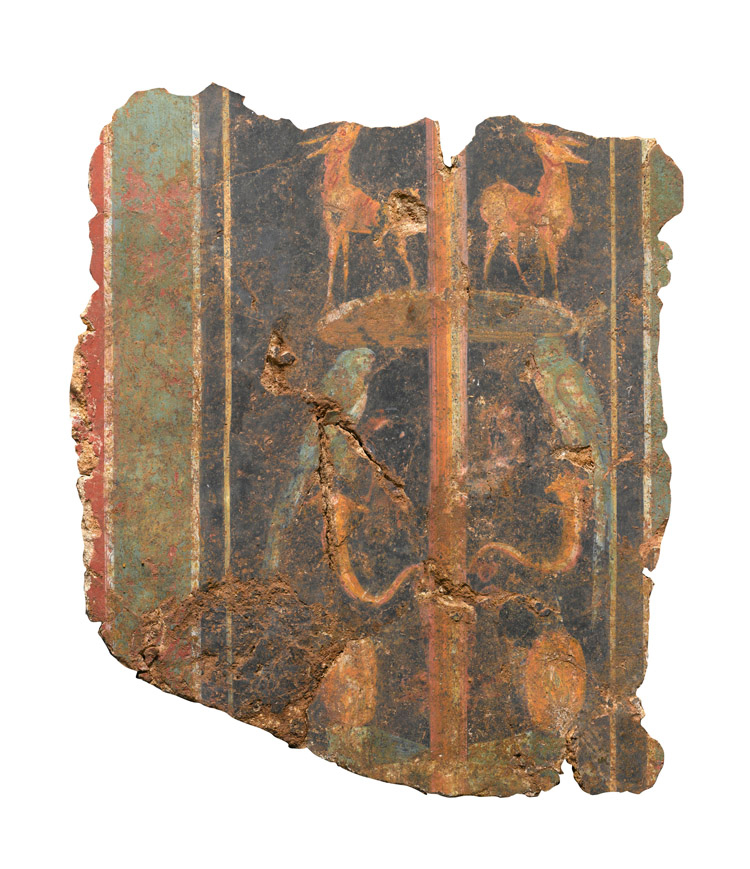 It dates back to the late 1st century AD

An ornate fresco that once adorned the residence of a wealthy Roman citizen has been discovered by a team of archaeologists at 21 Lime Street, in London.

The fresco was uncovered six metres below street level, during archaeological fieldwork for a new office development. It dates back to the late 1st century AD and is regarded as one of the earliest examples of frescoes in Roman Britain.

The fresco remains, surviving to a width of  2.5m and a height of over 1.5m were lifted by the archaeologists in 16 sections, removed from the site and transferred to the laboratory.

The painting might have decorated a reception room. It depicts deer nibbling trees, birds, fruit and a vine woven around a candelabrum.

It doesn’t resemble any previously found frescoes in Britain.