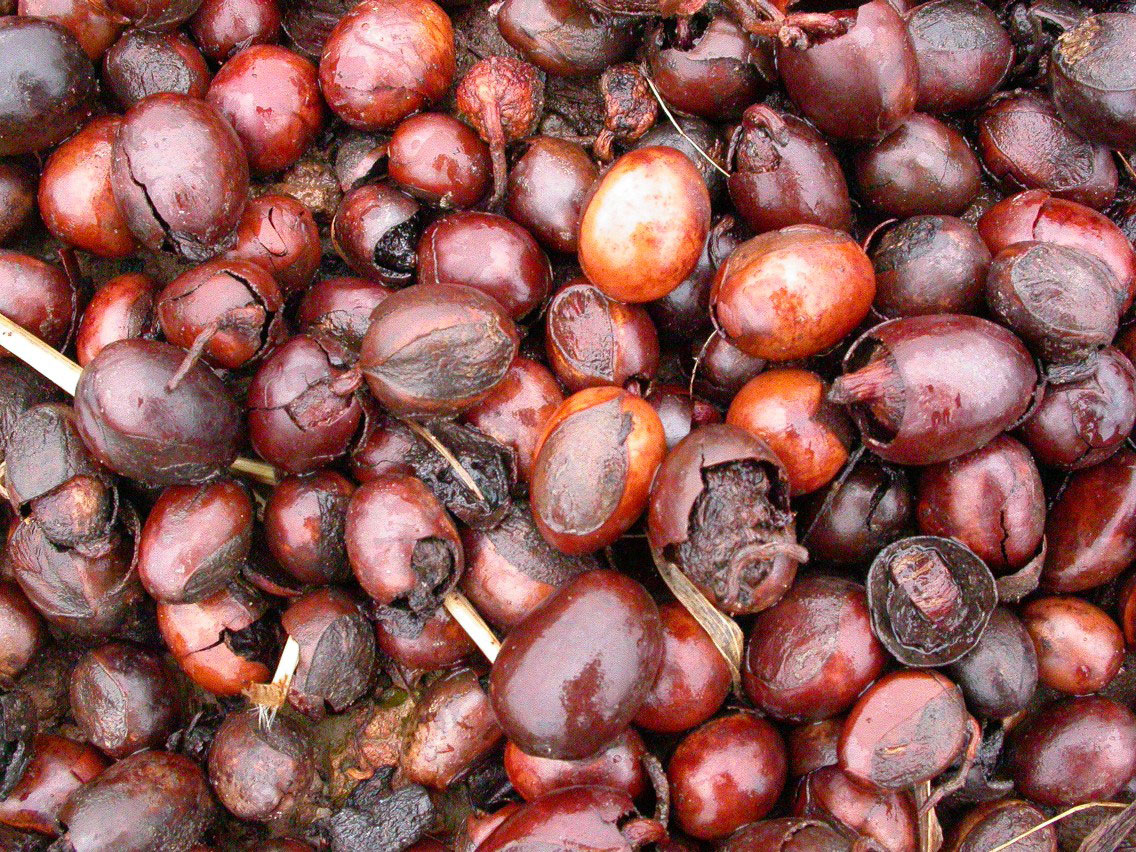 Production of butter from shea trees in West Africa pushed back 1,000 years

University of Oregon anthropologists have pushed back the history of harvesting shea trees in West Africa by more than 1,000 years earlier than previously believed.

Evidence for earlier use of the wild trees dating to A.D. 100—reported in the March issue of the Journal of Ethnobiology—surfaced from excavations at the well-preserved archaeological site at Kirikongo in western Burkina Faso. Shea trees only grow in a narrow belt of fertile, well-drained soils in the savannah stretching from West Africa to East Africa.

Nuts from shea trees (Vitellaria paradoxa) are the source of thick ivory-colored vegetable butter—a staple used as cooking oil in the region. Shea butter, which is rich in antioxidants, also is used medicinally and exported for making soap, moisturizers and lotions. It occasionally is a substitute for cocoa butter. The tree’s termite-resistant wood also is used for construction and making implements.

The researchers analyzed thousands of carbonized fragments of nutshells found in multiple layers of households that had been built on top of each other for some 1,600 years.

“Our findings demonstrate the antiquity of the use of this particular resource,” said Daphne E. Gallagher, a researcher and lecturer in the UO Department of Anthropology. “It demonstrates the importance of wild foods in early agricultural diets, and that its importance has continued through time.”

Nurturing of the trees has been maintained even in periods of climate change, during which the trees have not adapted with predictability, Gallagher said. Other agricultural practices, such as millet and sorghum production that is common now, have been managed around where the wild shea trees grow. Such practices suggest that a form of sustainable farming has been in place for hundreds of years, she said.

“In the layers, we’ve found exterior shells that have been knocked off the nuts.

When a household first starts using shea, nutshells are all over the place,” she said. “Some are thick. Some are thin. There is a huge range of variability. As households become established the shells become more consistent and thinner. This is reflecting that trees are being brought into these cultivation systems.

“We are seeing the continual integration of the farming system. Farmers leave the trees in place. They are respected, loved, maintained and pruned,” Gallagher said. “People have rights to particular trees, which may or may not be on the land they are farming.”

Processing the nuts takes a lot of work to extract the oil, Gallagher said. “The nuts on trees in Burkina Faso produce a Crisco-like fat,” she said. “Those in eastern Africa have a different chemical composition that produces more of a liquid that has to be stored in something like a milk jug. It’s not as widely used.”

Previous published reports the regular use of shea trees had pointed to about A.D. 1100. Pushing back the practice to an earlier time is important, Gallagher said. “It serves as a reminder of how little we really know about this region.”