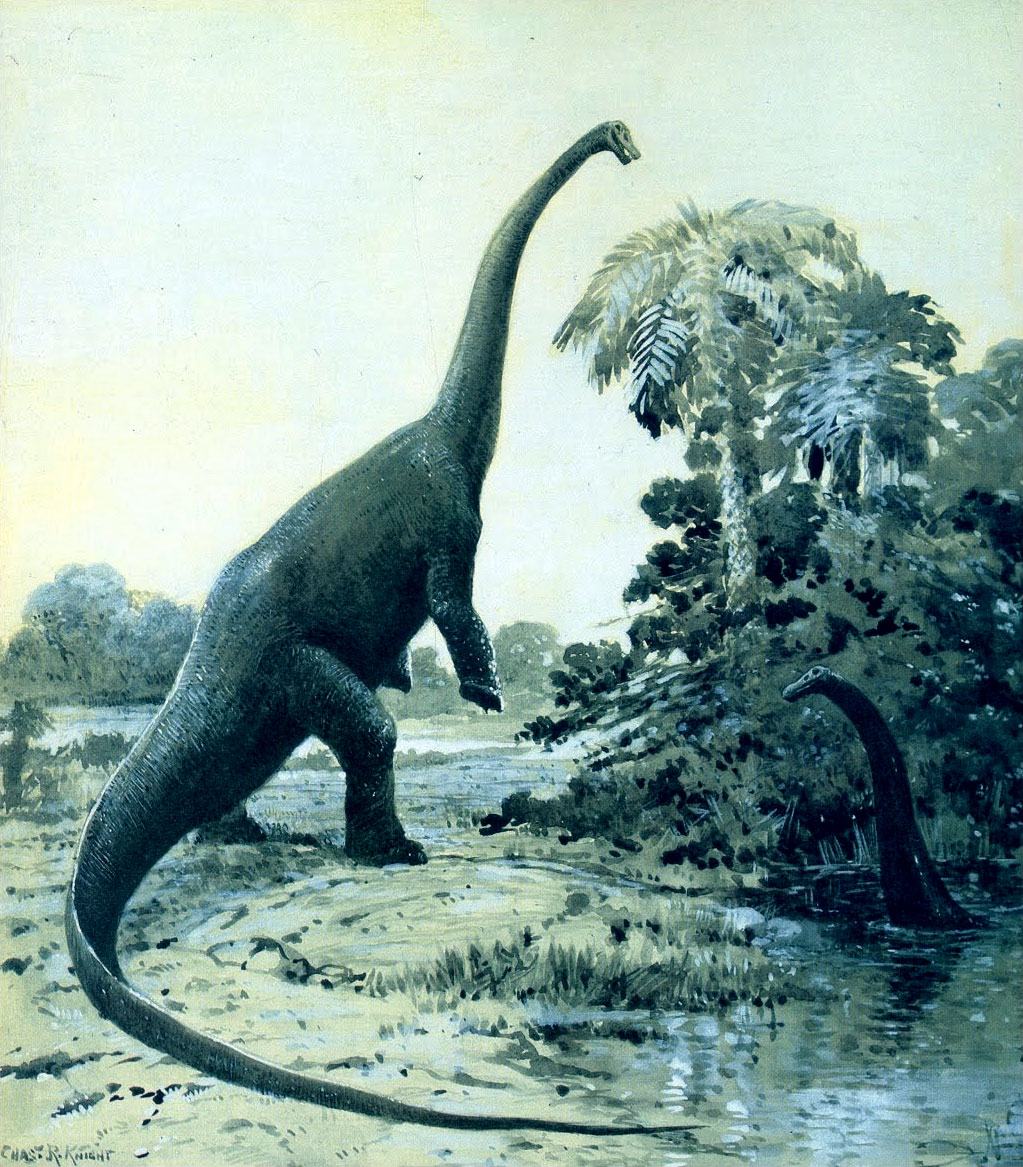 Scientists explain evolution of some of the largest dinosaurs

Scientists from the University of Liverpool have developed computer models of the bodies of sauropod dinosaurs to examine the evolution of their body shape.

Sauropod dinosaurs include the largest land animals to have ever lived. Some of the more well-known sauropods include Diplodocus, Apatosaurus and Brontosaurus. They are renowned for their extremely long necks, long tails as well as four thick, pillar-like legs and small heads in relation to their body.

To date, however, there have been only limited attempts to examine how this unique body-plan evolved and how it might be related to their gigantic body size. Dr Karl Bates from the University’s Department of Musculoskeletal Biology and his colleagues used three-dimensional computer models reconstructing the bodies of sauropod dinosaurs to analyse how their size, shape and weight-distribution evolved over time.

Dr Bates found evidence that changes in body shape coincided with major events in sauropod evolutionary history such as the rise of the titanosaurs. The early dinosaurs that sauropods evolved from were small and walked on two legs, with long tails, small chests and small forelimbs. The team estimate that this body shape concentrated their weight close to the hip joint, which would have helped them balance while walking bipedally on their hind legs.

As sauropods evolved they gradually altered both their size and shape from this ancestral template, becoming not only significantly larger and heavier, but also gaining a proportionally larger chest, forelimbs and in particular a dramatically larger neck.

The team’s findings show that these changes altered sauropods’ weight distribution as they grew in size, gradually shifting from being tail-heavy, two-legged animals to being front-heavy, four-legged animals, such as the large, fully quadrupedal Jurassic sauropods Diplodocus and Apatosaurus.

The team found that these linked trends in size, body shape and weight distribution did not end with the evolution of fully quadrupedal sauropods. In the Cretaceous period —the last of the three ages of the dinosaurs— many earlier sauropod groups dwindled. In their place, a new and extremely large type of sauropod known as titanosaurs evolved, including the truly massive Argentinosaurus and Dreadnoughtus, among the largest known animals ever to have lived.

The team’s computer models suggest that in addition to their size, the titanosaurs evolved the most extreme ‘front heavy’ body shape of all sauropods, as a result of their extremely long necks.

Dr Bates said: “As a result of devising these models we were able to ascertain that the relative size of sauropods’ necks increased gradually over time, leading to animals that were increasingly more front-heavy relative to their ancestors.”

Dr Philip Mannion from Imperial College London, a collaborator in the research, added: “These innovations in body shape might have been key to the success of titanosaurs, which were the only sauropod dinosaurs to survive until the end-Cretaceous mass extinction, 66 million years ago.”

Dr Vivian Allen from the Royal Veterinary College London, who also collaborated in the research, added: “What’s important to remember about studies like this is that there is a very high degree of uncertainty about exactly how these animals were put together. While we have good skeletons for many of them, it’s difficult to be sure how much meat there was around each of the bones. We have built this uncertainly into our models, ranging each body part from emaciated to borderline obesity, and even using these extremes we still find these solid, trending changes in body proportions over sauropod evolution.”