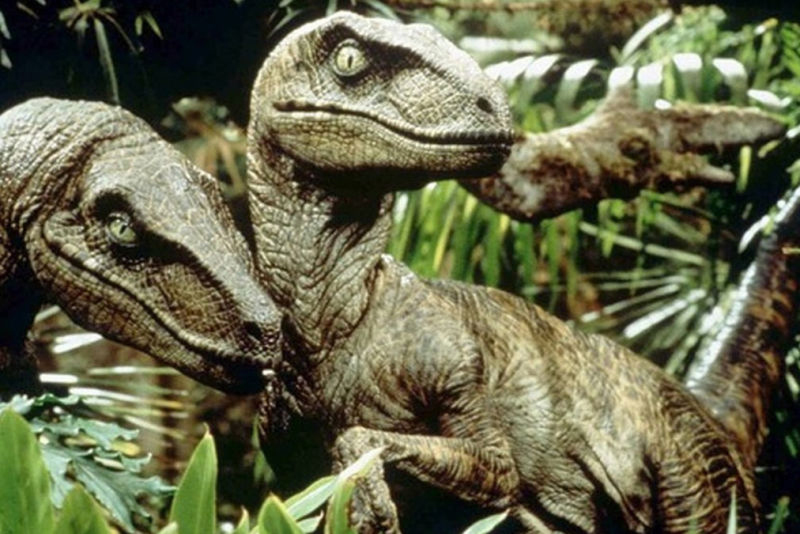 Survived on scavenging and hunting

When asked to think of meat-eating dinosaurs we usually conjure images of voracious predators chasing down helpless prey. These visions are no doubt inspired by the depiction of species such as Tyrannosaurs rex and Velociraptor in the movie Jurassic Park; however, new research conducted at Trinity College Dublin suggests that many of these species might be better remembered as oversized, scaly or feathered hyenas.

This is because Irish and Scottish researchers have now shown that scavenging would have been a particularly rewarding strategy for some carnivorous dinosaurs.

Most predators rely on scavenging (feeding on already dead material) to meet their energetic needs; for example, even lions scavenge up to nearly 50% of their food in some populations. Unlike lions though, meat-eating dinosaurs ranged from the chicken-sized to the whale-sized and lived in environments that featured prey that were often larger still.

By using computer simulations to create models of the Mesozoic environments in which these meat-eating dinosaurs lived (think of a prehistoric Pacman searching his maze for food, or a Dino-themed version of The Sims), the researchers found that species weighing around half a tonne would have been the most efficient scavengers.

Dinos that slotted into this niche included juvenile T. rexes and mid-sized species such as Dilophosaurus and Utahraptor.

Research Fellow in Trinity’s School of Natural Sciences, and co-lead author, Dr Kevin Healy, said: “In effect, these species occupied a Goldilocks zone. They were big enough to search large areas in order to find carcasses and defend them, but not so large that simply moving became too energetically costly.”

The researchers also confirmed previous studies that meat-eating dinosaurs could not have survived on scavenging alone, and must therefore have hunted as well.

“Our results also confirm that scavenging alone was unlikely to be a successful strategy in meat-eating dinosaurs and that practically all species would have likely shown predatory behaviour,” added Dr Healy.

As a result, there is no need to soften Tyrannosaurs rex‘s iconic image too much, as he and other large meat-eating dinosaurs should remain safe in our imagination as predators supreme. Perhaps, though, the next time we imagine their smaller cousins, something with the acquired taste for carrion that Hyenas have might be closer to the mark.