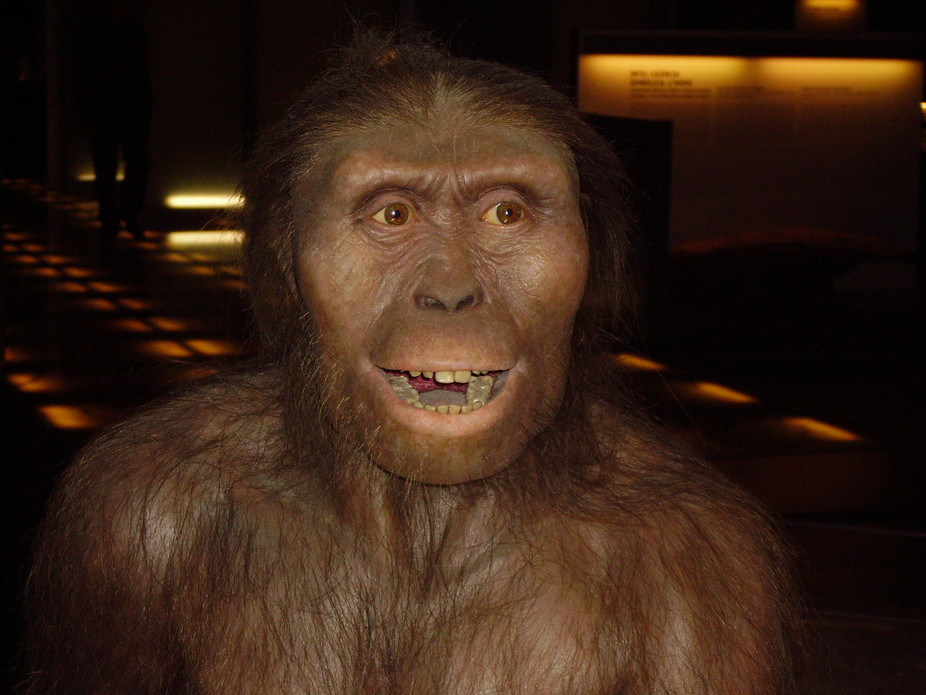 “No giant leap for mankind. Why we’ve been looking at human evolution in the wrong way”

In an opinion article originally published on The Conversation Professor of Human Evolution at the University of  Cambridge, Robert Foley discusses why we’ve been looking at human evolution in the wrong way.

“Understanding exactly how and why humans evolved is clearly one of the most important goals in science.

“But despite a significant amount of research to date, these questions have remained a bit of a mystery. Of course, there is no shortage of theories – it has even been suggested that humans are just visiting aliens. However, most of the credible models tend to take something that is unique to humans – such as language – and show how all the other bits of being human derive from that.

“But focusing on one dramatic change as an evolutionary driver in this way may not be the best approach to understanding our past. The question was discussed in a series of papers in Philosophical Transactions of the Royal Society B.

“Hunting is a good example, as it is often used to explain human evolution. We eat far more meat than other primates – most of them are in fact entirely vegetarian. It has therefore been argued that meat was the high quality resource that allowed humans to evolve large and complex brains.

“What’s more, it takes communication, cooperation and technology (those stone tools came in handy) to acquire it, so hunting could also explain a number of other typically human traits. Eating large animals also could also taught humans to share, leading to social cohesion and interdependence. Hunting is just one of many models that have been proposed to explain human uniqueness and cultural complexity – language, fire, cooking and grandmothers, who enhanced human success by investing in their daughters children instead of having more themselves.

“The problem with these theories is that they depend on evolution being a sort of one-step game, where one change produces a great leap forward, one from which other changes cascade. But the record does not support this. We split from our last common ancestor with the chimpanzees 5-6m years ago. But when we look at human ancestors between then and now, we do not find a single moment of dramatic change. Instead, it was cumulative – some 4m years ago we started walking upright on two legs, and about a million years later we started using stone tools. The size of our brains only started enlarging about 2m years ago.

“Certainly there were periods that involved a more dynamic series of changes than others. For example, there was one at the beginning based on how hominins moved across the landscape, becoming bipedal and ranging over larger areas. Then about 2-3m years ago, there was another period of changes when brain size started to increase and childhood and adolescence periods started getting longer. This was coupled with boosts in technology and resource acquisition, such as hunting and gathering.

“A final such period occurred in the last half million years, when cognitive changes associated with language, cooperation and cumulative culture – such as the development of more complex and composite technology, and the use of material culture for symbolic purposes – came to the fore. But even these periods, each lasting hundreds of thousands of years, were multi-event processes.”

“As far as we can tell, human evolution is like a mosaic of change, made up of many small steps, each of which adds a piece to what it is to be human. Only at the end do we see the full configuration, but had we stopped the clock at any point along that continuum, we would have seen a different mosaic. Human evolution is not one great transition, therefore, but many smaller ones.

“Part of the problem in trying to see the big pattern of human evolution is that we look at it through the lens of the present – how we are today is the guide to how we were in the past. But the past was different in so many ways, and our extinct relatives show some surprising departures from what we expect when we base those expectations on ourselves.

“Take body size. In the developed world, we are big, and sadly getting bigger in unhealthy ways. Better nutrition has led to increased body mass in many populations across the world. We also associate being large with being human, as it was thought that our ultimate ancestors, the australopithecines (living in Africa between about 4m and 2m years ago) were small, and that our own genus, Homo, marked a substantial increase in body size.

“But that may not have been the case. In fact, nearly all the early, extinct species and subspecies of Homo were small, if not very small. The global average human body weight (combined sexes) now is over 60kg. No fossil hominin until the Neanderthals and modern humans reached an average of 50 kg, and most were below 40 kg – half the size of the average American male. Pygmy populations in Africa and Asia also weigh about 40kg, which means that most early and extinct hominins were pygmy sized. There are many advantages to large body size – such as resisting predators, access to larger prey – and the fact that our earliest ancestors did not become large tells us a lot about the energetic constraints under which they lived and reproduced.

“We may picture our ancestors as rugged versions of ourselves, tall and strong, but they were not. We need to start thinking of them as creatures that were as unique as ourselves, but in different ways.

“Understanding more about human evolution will depend on finding more fossils and applying more and more powerful scientific techniques. Ancient DNA, for example, is revealing extraordinary new details about our recent past. As important, however, will be using our greater knowledge of the overall pattern of human evolution, its tempo and mode, to inform us about the cumulative processes by which we became human, rather than expecting that with one great evolutionary bound, our hero was free.”