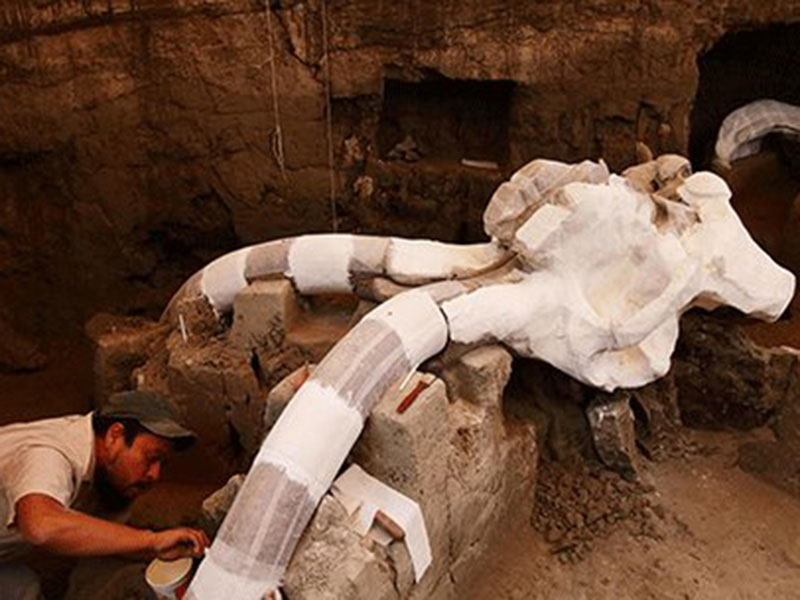 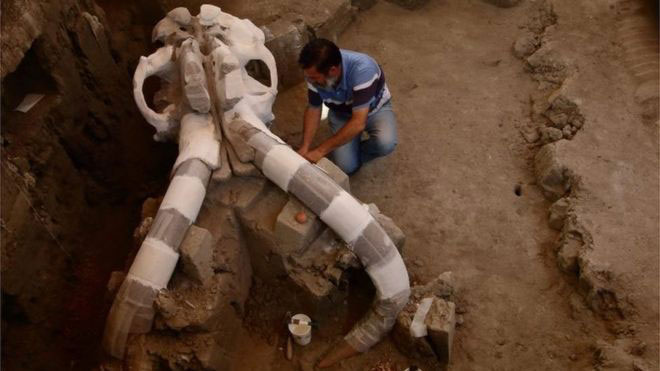 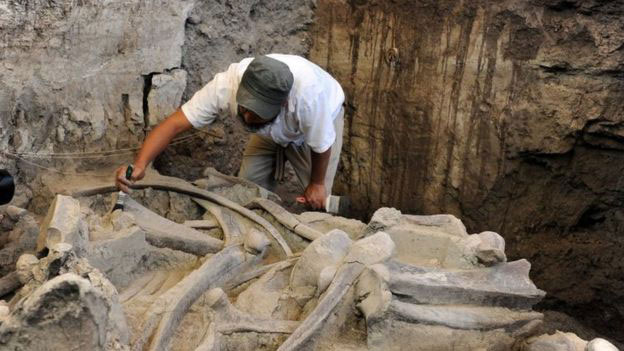 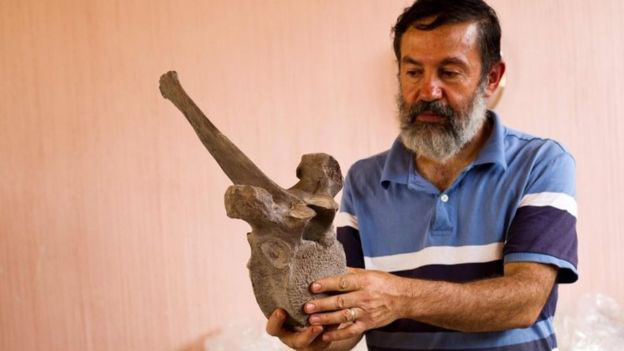 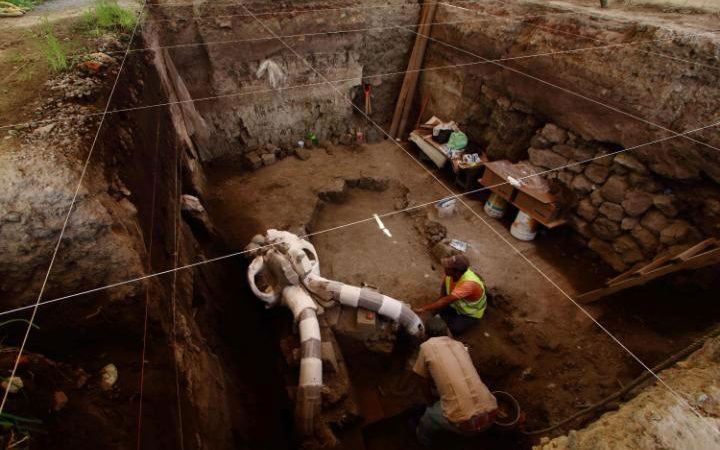 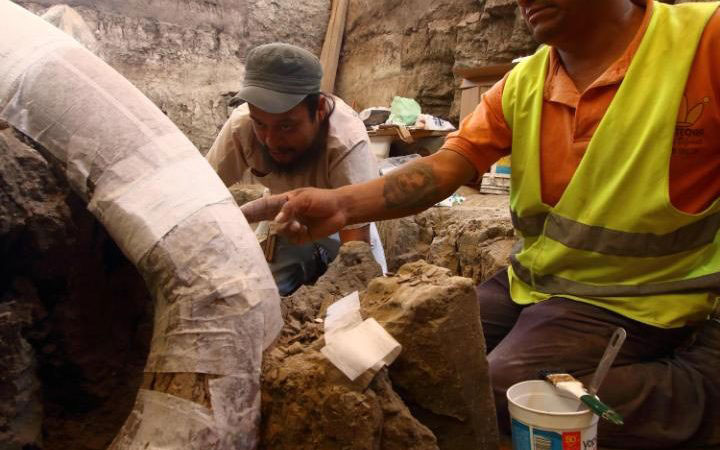 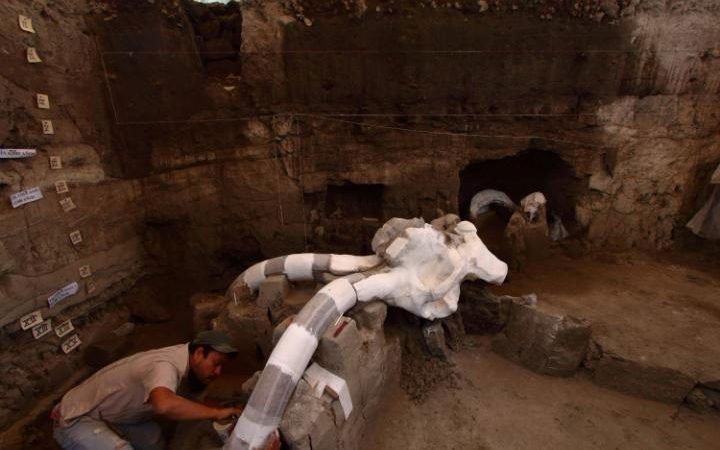 The remains of a mammoth from the Pleistocene era found in Mexico in December are now being dug up by archaeologists and experts. The mammoth was discovered in the village of Tultepec, near Mexico City, when the ground was dug for the installation of drainage pipes. Excavations started in April and will probably be completed within the next few days.

The mammoth was found 2 metres deep. The bones are thought to be about 14,000 years old and were scattered, probably because the animal was cut to pieces by humans, perhaps for its meat and pelt. When alive it must have been 3.5 metres high and 5 metres long, weighing around 5 tonnes, and 20-25 years old.

The area where it was found was probably a shallow saltwater lake, where the heavy mammal got stuck. Remains of other mammoths found in the area confirm this assumption. However, this particular skeleton offers scientists the opportunity to study the remains, which has not happened so far with other remains, since they are usually not reported in time. The fact that the animal was stuck in the lake helped with the preservation of the bones, due to the sediments in the soil.

According to Luis Cordoba, an archaeologist with the National Institute of Anthropology and History, researchers discovered ribs and other large bones, including the humerus and femur bones, along with a dozen vertebra. So far they have successfully removed the cranium and pelvis, which are astonishingly well preserved.

The species, known as the Columbian Mammoth, was a sub-species which lived across the United States and Central America. Remains of the mammoths have been uncovered across Mexico, Texas and as far west as the La Brea Tar Pits in California.

After excavation and restoration works are completed scientists hope to eventually assemble the fossils and put them on display.