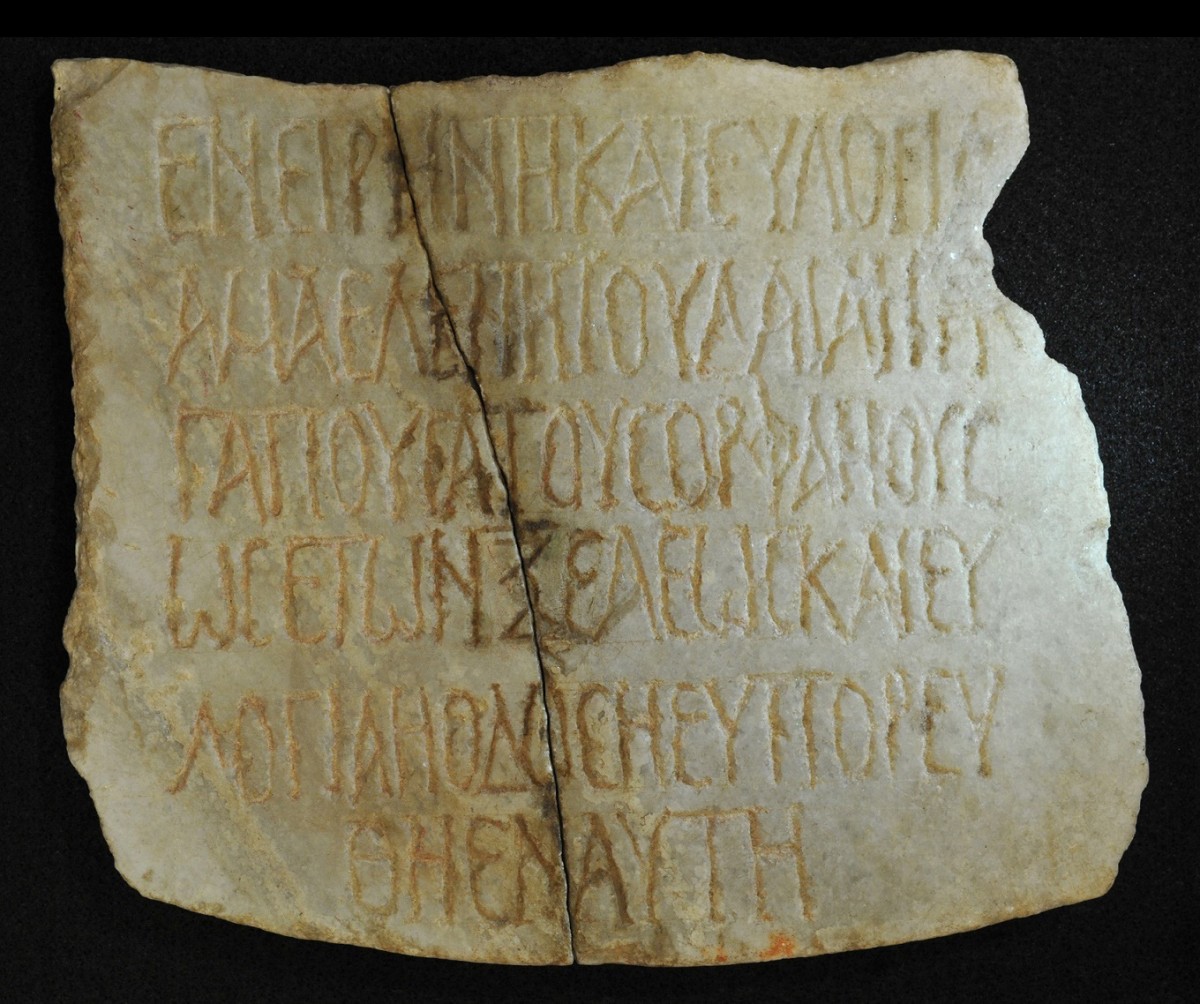 On a small limestone epitaph in Egypt

The small limestone epitaph, which is just slightly larger than the size of an iPad, was discovered in a collection of Greek and Coptic artifacts in the Rare Books Department at the University of Utah’s J. Willard Marriott Library, where it sat since its donation in 1989.

The inscription commemorates a woman named Helene. She is identified as a Jew, but is also referenced with a title reserved almost exclusively at the time for a Christian. This is a rare occurrence, especially considering the time period when this was composed. The inscription also memorializes Helene’s care and love for orphans.

Here is the entire translation of the inscription:

In peace and blessing Ama Helene, a Jew, who loves the orphans, [died]. For about 60 years her path was one of mercy and blessing; on it she prospered.

Here it is as it appears in Greek:

“I’ve looked at hundreds of ancient Jewish epitaphs,” Blumell said, “and there is nothing quite like this. This is a beautiful remembrance and tribute to this woman.”

While Helene is identified as Ἰουδαία (a Jew), she is also referred to as  Ἄμα (Ama), a title that is used only for nuns and other certain Christian women in late antique Egypt.

When the Marriott Library received the epitaph as a gift from Aziz S. Atiya in 1989 it was identified as a “Coptic inscription, dating from the dawn of the use of the Greek alphabet, not earlier than the second century, but not later than the third.”

“That is how we described it for the next twenty-seven years, and we were wrong” said Luise Poulton, managing curator of rare books at the library. “Professor Blumell’s work on this piece, then, is as satisfying as it is fascinating. Dr. Blumell not only brought fact to surmisal regarding the piece, he has given us a very personal story to put to cold stone.”

Considering the unique use of dual-faith identifiers and the timeframe alone, the epitaph is unique with no known parallels.

Additionally, Blumell notes there is even more to the inscription. Scholars have noted from other inscriptions that Egyptian women during this timeframe had a life expectancy of 25 years. To live 60 years, as noted in the inscription, was incredible. Also, during a time when any sort of social programs were unavailable to orphans, taking care of them was seen as a very noble pursuit. Serving the widows and orphans is a common call to action in the New Testament.

“Dr. Blumell brought his own expertise and that of other faculty at BYU to identify an example of third-century philanthropy and charity,” Poulton said, “qualities we ask of ourselves and each other in a society and culture very different from Helene’s. This ancient inscription now testifies to good works and ‘faith working through love,’ as expressed by Paul in Galatians, then and now.”

The findings have just been published in the Journal for the Study of Judaism in the Persian, Hellenistic and Roman Period.