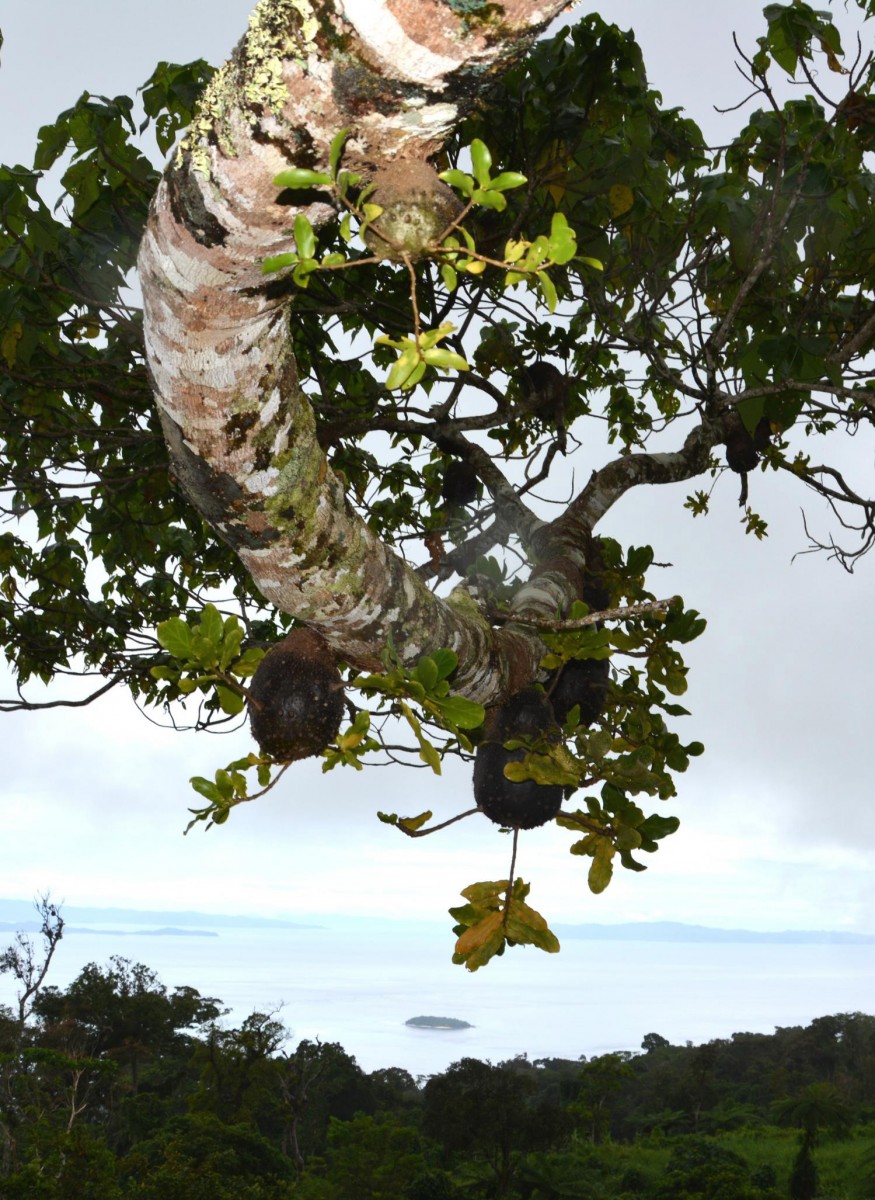 Ants and epiphytes: A longstanding relationship

The first farmers on the Fijian archipelago were ants: For millions of years, an ant species on the islands has nurtured epiphytes, which provide them with nesting sites. Moreover, the interaction is vital for the survival of both partners.

Many species of ants live in symbiosis with plants, and both partners in these relationships profit. One of the most remarkable of these interactions is that between the ant species Philidris nagasau and at least six members of the plant genus Squamellariaon the islands of Fiji, which is the subject of a new study by LMU botany professor Susanne Renner and her Ph.D. student Guillaume Chomicki that is coming out in the journal Nature Plants. By reconstructing the evolutionary history of these relationships, the LMU researchers demonstrate that the ants began to actively cultivate their plant partners at least three million years ago – long before humans in the Near East hit on the same idea.

The genus Squamellaria is made up of epiphytic species that grow on trees. The tiny ants begin their careers as gardeners by collecting seeds from the Squamellaria species to which they have become adapted. The insects then “plant” the seeds in fissures in the bark of the host tree, where they then germinate. “The plants colonize three or four tree species, which are also attractive for the ants, either because they produce readily accessible nectar, or because their bark is particularly soft, so that the ants can easily widen the cracks that form,” Renner says. Squamellaria are adapted to this niche, as the hypocotyl of the germinating seedlings elongates into a unique ‘foot’, enabling the seedling to rapidly grow out of the bark crack and into the light. The seedlings then immediately form a tiny tuber with a preformed hole –the so-called domatium– into which ants enter to defecate and thereby fertilize the seedling. As the seedlings grow, the domatium becomes larger, forming a network of galleries connected to the outside, which the ants colonize to form large colonies, continuing to use some chambers for fecal matter, others just for their larvae. As epiphytes, Squamellaria species cannot draw on soil as a source of inorganic nutrients, and the ants promote their growth by supplying them with ‘fertilizer’.

As the ants plant more seedlings, all of which they eventually colonize, they are creating a kind of village on the supporting tree, with many well protected nests. A single ant colony occupies many Squamellaria plants, only one of the many ‘houses’ containing the queen: “One often finds dozens of colonies, connected by ant highways, on a single tree. All of these individuals are the progeny of a single queen, whose nest is located in the center of the system,” Chomicki explains.

In contrast to other instances of symbiosis between plants and ants, the interaction between Squamellaria and Philidris nagasau has become so specialized that neither partner can survive on its own. The LMU researchers were able to date the beginnings of the ant-plant symbioses by using the degrees of difference between homologous DNA sequences in both plants and ants as independent molecular clocks. – Based on calibrated rates of mutation, one can work out approximately when the species involved in the interactions originated, and thus the earliest point at which the symbioses could have formed. The results indicate that the mutualistic relationship between Philidris and Squamellaria began about 3 million years ago, probably as a result of the evolution of reciprocally beneficial adaptations. The ants presumably “discovered” how to promote the growth and propagation of their hosts only after Squamellaria had adopted the epiphytic lifestyle.