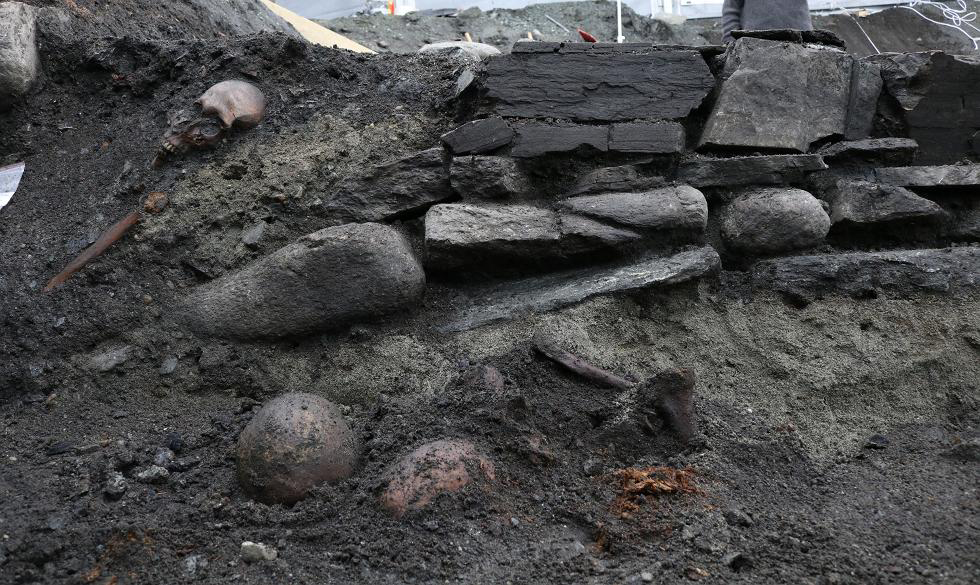 Church and altar of a Viking king found in Norway

Archaeologists in Norway have found the church where the Viking king Olaf Haraldsson was first enshrined as a saint. The find is sensational because it confirms Norse saga accounts of important events that occurred at the dawn of Christianity in Norway.

Archaeologists in Trondheim, Norway have uncovered the foundations of a wooden stave church in which the body of the Viking king Olaf Haraldsson, who later became Norway’s patron saint, may have been enshrined immediately after he was declared a saint.

The rise of St. Olaf’s cult

In his Chronicle of the Kings of Norway, the medieval Icelandic historian Snorri relates that, following King Olaf Haraldsson’s martyrdom in 1030, his body was buried in Trondheim, or Nidaros as it was known.

The local population soon reported portents and miracles attributed to the martyred king. A year after his death, Olaf’s coffin was dug up and opened in the presence of the king and a bishop, revealing his miraculously well-preserved body.

He was immediately declared a saint by popular acclaim, and his body was enshrined above the high altar in St. Clement’s church, which had been built by Olaf himself only a few years earlier.

This royal church consequently became the first mausoleum for the saint. Olaf’s coffin stood here for some years before it was moved to a larger church.

Eventually he was moved to the cathedral, which could better accommodate the increasing amount of pilgrims visiting his shrine as his cult grew rapidly in popularity, both nationally and internationally.

St. Clement’s Church was eventually destroyed, and its location has been a mystery – until now. Archaeologists working for the Norwegian Institute for Cultural Heritage Research (NIKU) have recently uncovered the stone foundations for a wooden stave church which they believe is its ruin.

Dating evidence places its construction at the time Olaf ruled. During its excavation, the archaeologists uncovered a small rectangular stone-built platform at the building’s east end.

This is probably the foundation for an altar – probably the very same altar on which St. Olaf’s coffin was placed in 1031!

In addition, a small well has been found here which may be a holy well connected with the saint.

In the words of the excavation’s director Anna Petersén: “This is a unique site in Norwegian history in terms of religion, culture and politics. Much of the Norwegian national identity has been established on the cult of sainthood surrounding St. Olaf, and it was here it all began!”