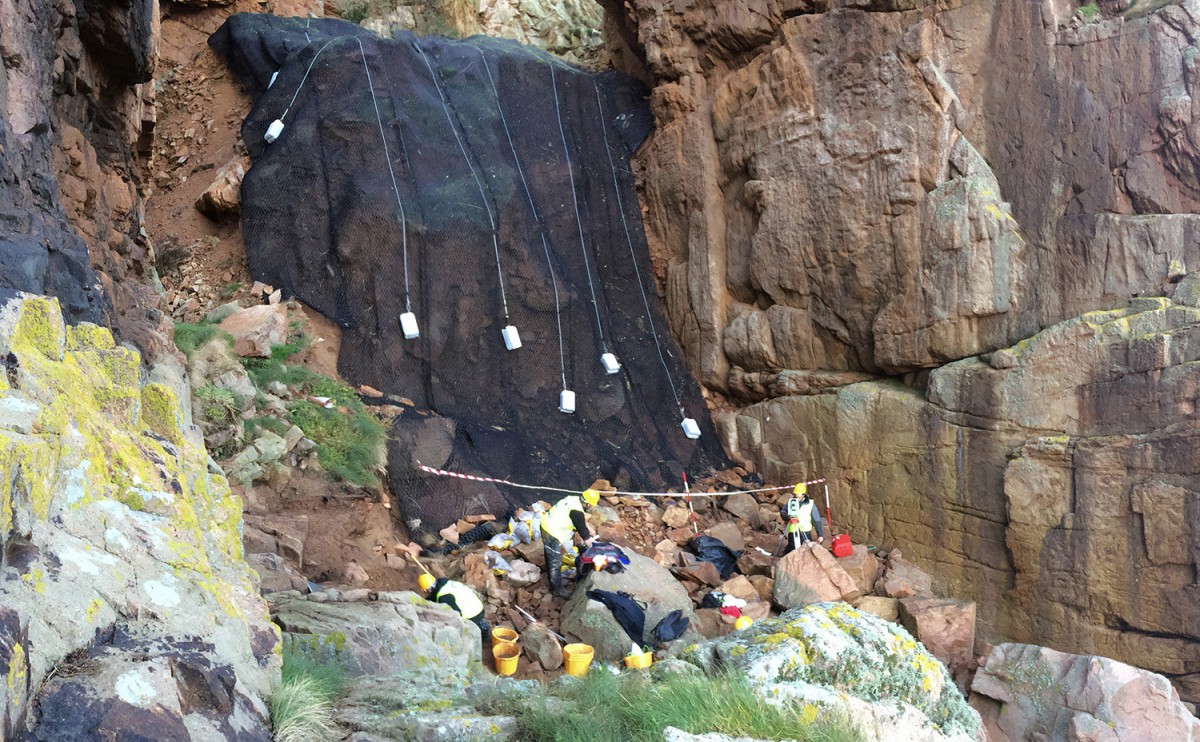 Jersey was a must-see tourist destination for Neanderthals for over 100,000 years

They kept making deliberate journeys there

New research led by the University of Southampton shows Neanderthals kept coming back to a coastal cave site in Jersey from at least 180,000 years ago until around 40,000 years ago.

As part of a re-examination of La Cotte de St Brelade and its surrounding landscape, archaeologists from Southampton, together with experts from three other universities and the British Museum, have taken a fresh look at artefacts and mammoth bones originally excavated from within the site’s granite cliffs in the 1970s. Their findings are published in the journal Antiquity.

The researchers matched types of stone raw material used to make tools to detailed mapping of the geology of the sea bed, and studied in detail how they were made, carried and modified. This helped reconstruct a picture of what resources were available to Neanderthals over tens of thousands of years – and where they were travelling from.

Lead author Dr Andy Shaw of the Centre for the Archaeology of Human Origins (CAHO) at the University of Southampton said: “La Cotte seems to have been a special place for Neanderthals. They kept making deliberate journeys to reach the site over many, many generations. We can use the stone tools they left behind to map how they were moving through landscapes, which are now beneath the English Channel. 180,000 years ago, as ice caps expanded and temperatures plummeted, they would have been exploiting a huge offshore area, inaccessible to us today.”

Previous research focussed on particular levels in the site where mammoth bones are concentrated, but this new study took a longer-term perspective, looking at how Neanderthals used it and explored the surrounding landscape for over 100,000 years.

The team, including academics from the British Museum, University College London (UCL) and the University of Wales found that Neanderthals kept coming back to this particular place, despite globally significant changes in climate and landscape. During glacial phases (Ice Ages), they travelled to the site over cold, open landscapes, now submerged under the sea. They kept visiting as the climate warmed up and Jersey became a striking highpoint in a wide coastal plain connected to France.

Dr Beccy Scott of the British Museum added: “We’re really interested in how this site became ‘persistent’ in the minds of early Neanderthals. You can almost see hints of early mapping in the way they are travelling to it again and again, or certainly an understanding of their geography. But specifically what drew them to Jersey so often is harder to tease out. It might have been that the whole Island was highly visible from a long way off – like a waymarker – or people might have remembered that shelter could be found there, and passed that knowledge on.”

Paper author Dr Matt Pope, of the Institute of Archaeology at UCL, agrees: “La Cotte de St Brelade is probably the most important Neanderthal site in northern Europe and could be one of the last known places that Neanderthals survived in the region. It was certainly as important to them as it is to us, as we try and understand how they thrived and survived for 200,000 years.

“With new technology we have been able to reconstruct the environment of the La Cotte Neanderthals in a way earlier researchers couldn’t. Our project has really put the Neanderthal back into the landscape, but emphasised how significant the changes in climate and landscape have been since then.”

Project leader Professor Clive Gamble, of CAHO at the University of Southampton, comments: “Jersey is an island that endures, summed up by the granite cliffs of St Brelade’s Bay. The elements which led to Neanderthals coming back for so many thousands of years shows how this persistence is deep rooted in Jersey’s past. Our project has shown that more unites the past with the present than separates. We are not the only humans to have coped successfully with major environmental changes. Let’s hope we are not the last.”