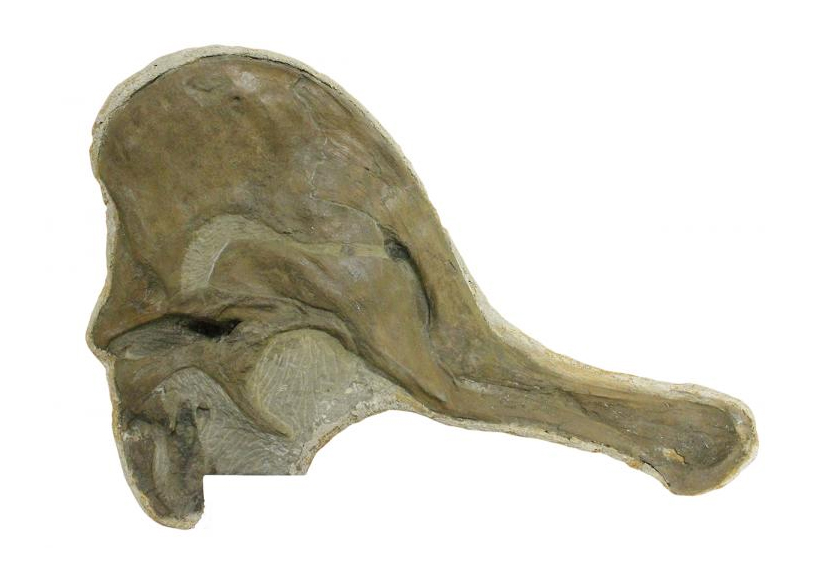 Headless dinosaur reunited with its skull, one century later

After being headless for almost a century, a dinosaur skeleton that had become a tourist attraction in Dinosaur Provincial Park was finally reconnected to its head.

Researchers at the University of Alberta have matched the headless skeleton to a Corythosaurus skull from the university’s Paleontology Museum that had been collected in 1920 by George Sternberg to the headless dinosaur.

“In the early days of dinosaur hunting and exploration, explorers only took impressive and exciting specimens for their collections, such as skulls, tail spines and claws,” explained graduate student Katherine Bramble, adding the practice was commonly referred to as head hunting. “Now, it’s common for paleontologists to come across specimens in the field without their skulls.”

The headless Corythosaurus skeleton has been a tourist attraction in Dinosaur Provincial Park since the 1990s. In the early 2010s, a group of scientists noticed newspaper clippings dating back to the 1920s in the debris around the site. Among them was Darren Tanke, technician at the Royal Tyrrell Museum and co-author on the paper, who began to wonder if this skeleton could be related to the skull at the University of Alberta. That was where Bramble and her supervisor Philip Currie came in, along with former post-doctoral fellow Angelica Torices.

“Using anatomical measurements of the skull and the skeleton, we conducted a statistical analysis,” Bramble explained. “Based on these results, we believed there was potential that the skull and this specimen belonged together.”

In 2012, the skull and skeleton of the Corythosaurus were reunited. Whole once more, the specimen resides at the University of Alberta.

Reunited and it feels so good

As natural erosion takes place and human activity digs up new specimens, more headless dinosaur skeletons continue to crop up. “It’s becoming more and more common,” said Bramble. “One institution will have one part of a skeleton. Years later, another will collect another part of a skeleton that could belong to the same animal.”

The reasons are many, ranging from the historical practice of head hunting to a lack of resources for exploration to new parts of skeletons becoming exposed.

This discovery highlights a growing field of study in paleontology, Bramble noted.

“Researchers are now trying to develop new ways of determining whether or not disparate parts of skeletons come from the same animal,” she explained. “For this paper, we used anatomical measurements, but there are many other ways of matching, such as conducting a chemical analysis of the rock in which the specimens are found.”

The entire story is explained in detail in the paper, “Reuniting the ‘head hunted’ Corythosaurusexcavatus (Dinosauria: Hadrosauridae) holotype skull with its dentary and postcranium,” which was published in the April 2017 edition of Cretaceous Research.