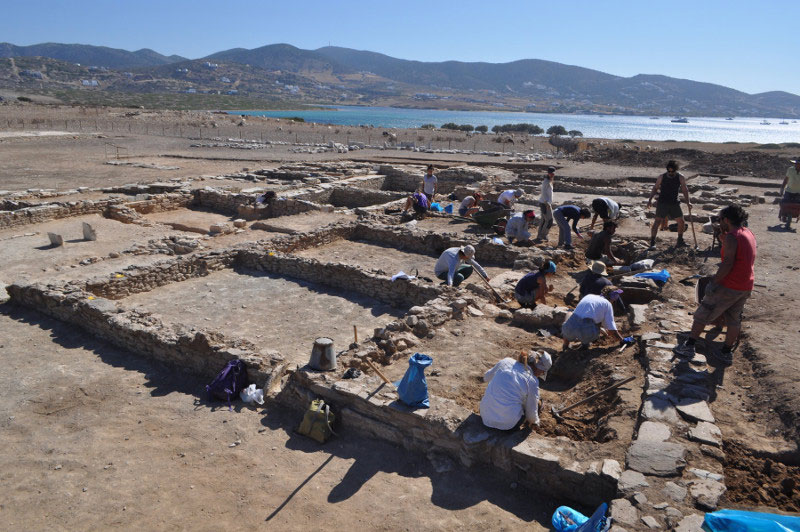 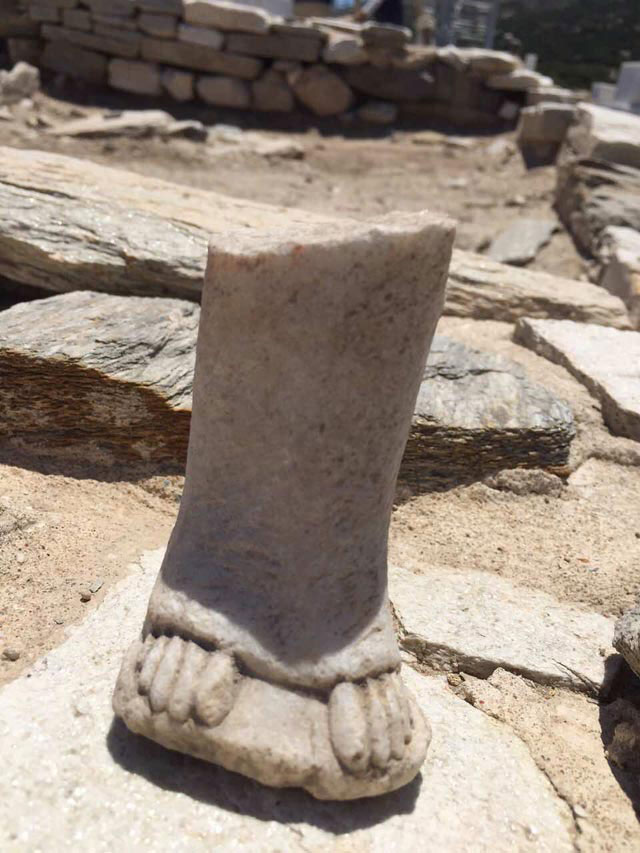 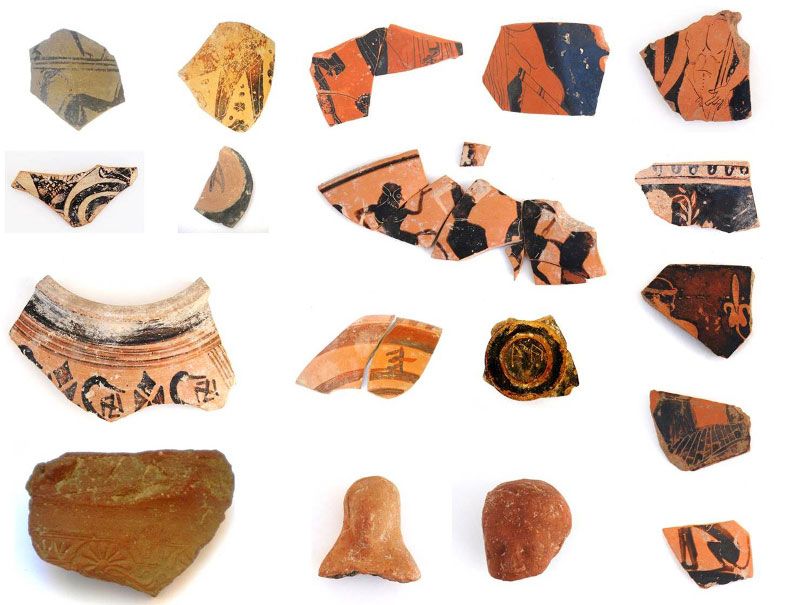 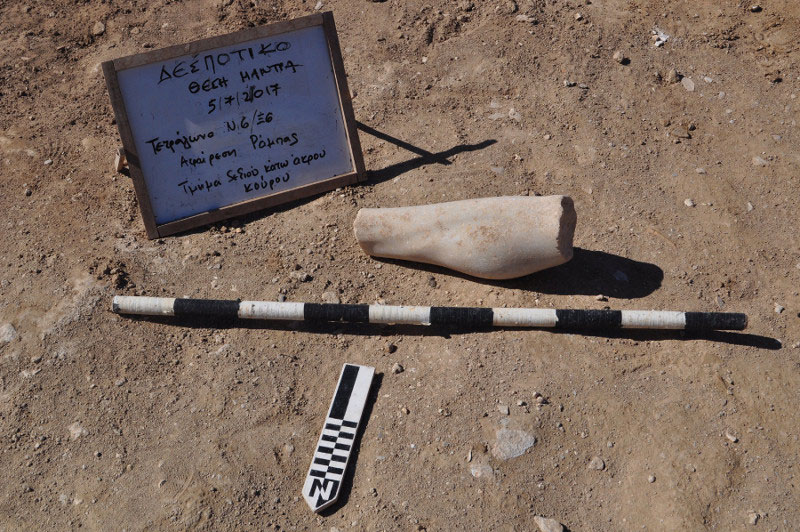 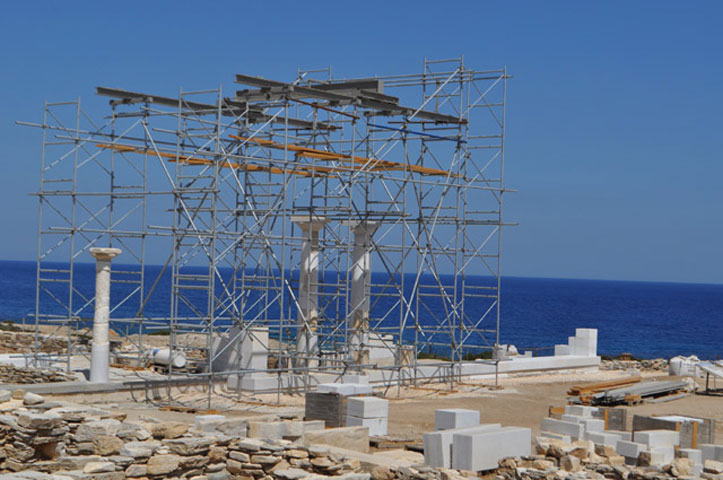 New buildings have come to light during excavation and restoration works conducted from May 30 to July 7, 2017 at the Sanctuary of Apollo on the uninhabited island of Despotiko (Mantra site), on the west of Antiparos. The results of this excavation season are being considered extremely important for the topography of the sanctuary. Among this year’s  findings, the fragment of a marble Kore figurine, dating back to the early Archaic period, part of the block with the foot of an archaic Kouros and a fragment of the leg of a Kouros stand out.

Systematic excavations at Despotiko have begun in 1997 and have brought to light one of the most significant archaeological sites of the Cyclades. The excavations are headed by archaeologist of the Ephorate of Antiquities of Cyclades Yannis Kouragios. As in previous years, the 2017 dig was carried out thanks to kind financial support. ​

Investigations focused on the excavation of the building complex, which had been partially surveyed in 2016 (in particular, the area south of the Archaic sanctuary). This year, eight new rooms came to light, on the south and west side of this complex, although its boundaries have not been located yet. The complex consists of 12 rooms and its total visible space is 180 square meters.  The dimensions of the densely built-up rooms vary, but they all have the same orientation, with their entrances on the south. Some of them were most likely open-air spaces, such as courtyards or vestibules.

Based on the findings (an abundance of Archaic and Classical pottery) and some architectural elements, the excavator believes that the complex had functioned as a storage and accomodation space, demonstrating the fact that the sanctuary attracted many visitors and that it need to be expanded in order to accommodate the large numbers of worshippers up to the 4th c. BC.

Excavation work has also been conducted in the buildings which do not belong to the sanctuary. The investigation of Building B, already excavated in 2007 and 2013, has been completed. All its rooms were revealed, as well as its usage phases, dating back to the 7th c. BC, the first half of the 6th c. BC (the main usage phase of the building) and the late 6th c. BC.

On the northeastern end of the peninsula, close to the shore, another building (4.40×4.30 m) was located and excavated. Only its foundations are preserved. Its location and its ground plan suggest that it must have been an observatory or a tower.

The excavation findings were rich and various. Among them there are more than black-gazed lamps and 30 inscribed pottery fragments, sherds of “Melian” amphorae and black-glazed kylikes, fragments of red-figure kraters with depictions of naked young men, vesserls for everyday use, such as strainers, lekanes, jugs, salt containers, bowls etc., many metal objects (nails, bolts, hooks etc.).

The restoration works lasted 4 weeks. Two columns of the restaurant and their capitals have been put in place and preliminary work for the placement of a third column has been carried out. Also, the restoration of the walling in Buildings A and B has been completed.

Apart from the members of the scientific group, many students and archaeologists from universities in Greece and abroad have taken part in the investigations.