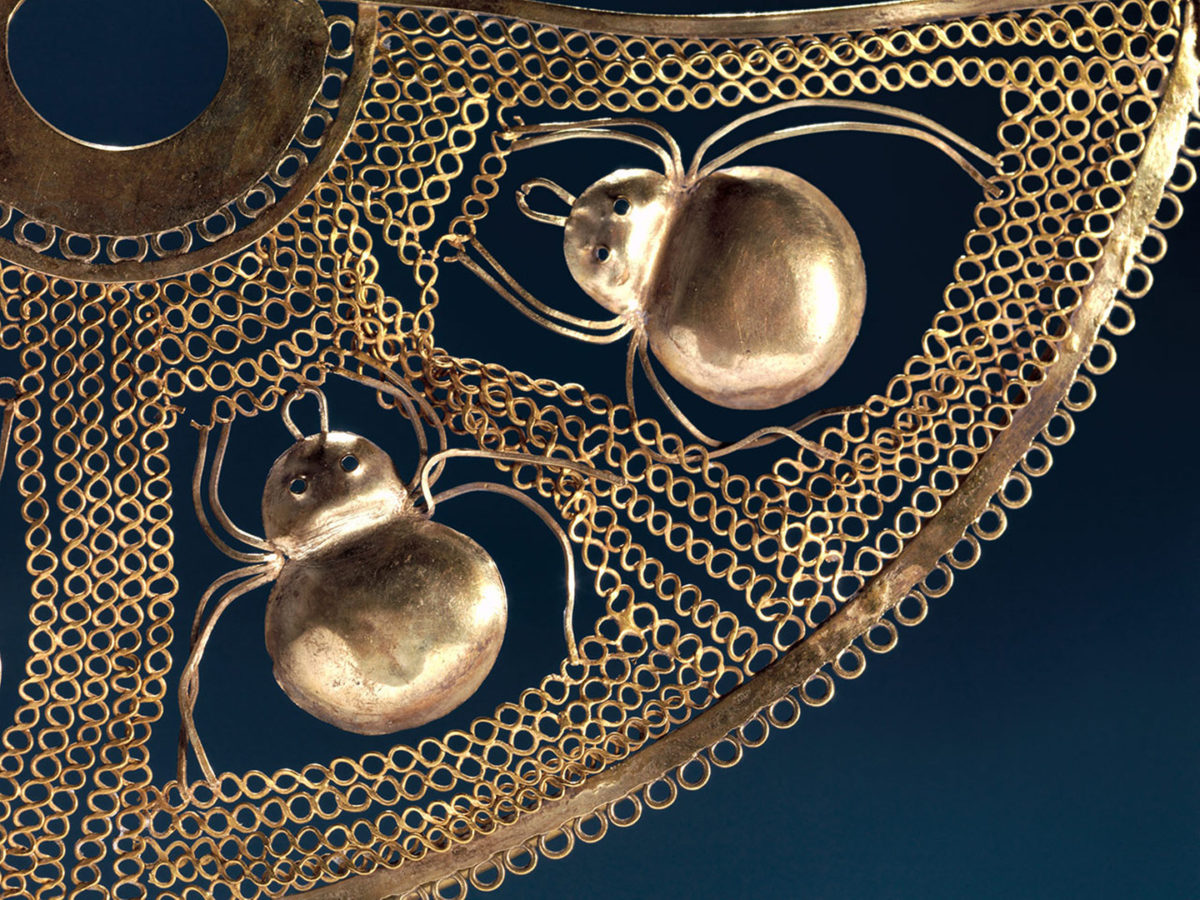 Golden Kingdoms: Luxury and Legacy in the Ancient Americas

In the ancient Americas, artists and their patrons selected materials for luxury arts that could provoke a strong response – perceptually, sensually, and conceptually – and transport the wearer and the beholder beyond the realm of the mundane. Golden Kingdoms: Luxury and Legacy in the Ancient Americas, on view at the Getty Center from September 16, 2017 through January 28, 2018, traces the development of gold working and other luxury arts in the ancient Americas from approximately 1000 BC to the arrival of Europeans in the early 16th century. The exhibition also explores the historical, cultural, social, and political conditions under which luxury arts were produced and circulated, alongside their religious meanings and ritual functions. This major international loan exhibition, with many rarely or never-before seen ancient objects, is the only pre-Columbian exhibition in Pacific Standard Time: LA/LA, an ambitious Southern California exploration of Latin American and Latino art in dialogue with Los Angeles.

“Bringing together many of the most spectacular discoveries of luxury arts from recent archeological excavations in Peru, Colombia, Panama, Costa Rica, Guatemala, and Mexico, Golden Kingdoms will stimulate new ways of thinking about materials, luxury, and the visual arts from a global perspective,” says Timothy Potts, director of the J. Paul Getty Museum and one of the exhibition curators. “Emphasizing specific places and moments in time when extraordinary heights of artistic development were achieved, this landmark exhibition will show how the cultures of ancient America invested their art with deep spiritual and ritual meanings, determined both by their craftsmanship and materials of manufacture. While the goldwork of ‘El Dorado’ is widely known, visitors will be mesmerized by the objects of stone, feathers, shell and textiles which ancient Americans valued even more highly than gold.”

In the ancient Americas, materials selected for the most highly valued, precious ornaments or royal vessels also had rich symbolic potential and the ability to convey specific ideas. Unique to this region, metals such as gold and silver were used primarily for ritual and regalia, rather than for tools, weapons, or currency. Gold was reserved for gods, kings, and queens and was closely associated with the supernatural realm. It was primarily used to express social status, political power, and religious beliefs. Fashioned into delicate ornaments to be worn in life and death by high-status individuals, the gold items on display feature a rich supernatural world of snarling, fantastical beasts and other extraordinary beings.

Jade, turquoise, shell, and feathers were also highly valued, sometimes more so than gold, due to their scarcity and unique qualities. Indeed, throughout the ancient Americas, finely woven garments and feather works were among the most labor-intensive and highly prized luxury arts of all. For the Olmecs and Mayas, jade, which came from a single quarry in what is today Guatemala and was one of the hardest stones to carve, was the most sacred and precious substance. In the Andes, spondylus, a colorful shell that was acquired by diving to considerable depths, was described by a Spanish colonial authority as more highly prized by the Inca than gold or silver.

A major theme of the exhibition focuses on the artistic exchange of materials and ideas across time and place, unconstrained by today’s national boundaries. Works of great value would often be transported over vast distances, or passed down through generations, attracting new admirers and inspiring new artists. Gold, for example, was first exploited in the Andes around 2000 BC and the sophisticated tradition of making prestige objects in gold for rulers and deities gradually moved northward into Central America and Mexico over the course of several thousand years. The luxurious objects on view in the exhibition are generally small and lightweight, making them easy to transport, and in turn successful in promoting the exchange of skills and ideas across regions.

“Luxury arts were among the most vulnerable objects at the time of the Spanish Conquest,” explains Joanne Pillsbury, exhibition co-curator and Andrall E. Pearson Curator of the Ancient Americas at The Metropolitan Museum of Art. “The ancient works on display were among the most precious objects to the Incas, Mayas, Aztecs, and other indigenous groups, and most importantly are rare survivors of what was once the pinnacle of ancient American artistic production.”

Golden Kingdoms will feature extraordinary discoveries from recent excavations including the regalia of a powerful priestess from Peru’s north coast; exquisite ornaments from Sipán, the richest unlooted tomb in the ancient Americas; and ritual offerings from the sacred precinct of the Aztec Empire. The exhibition will also include a set of gold ornaments from the so-called Fisherman’s Treasure, recovered in the 1970s, destined for Charles V, the Holy Roman Emperor and Spanish king, but lost at sea en route to Spain.

“’Through the exhibition, we seek to create a new understanding of ancient American art, thematically explore the indigenous ideas of value, and cast new light on the brilliance of ancient American artists and their legacy.’,” says Kim Richter, co-curator of the show and senior research specialist at the Getty Research Institute.

Golden Kingdoms: Luxury and Legacy in the Ancient Americas is co-organized by the J. Paul Getty Museum, the Getty Research Institute, and The Metropolitan Museum of Art in New York. It is curated by Joanne Pillsbury, Andrall E. Pearson Curator of the Ancient Americas at The Met, Timothy Potts, director of the J. Paul Getty Museum, and Kim Richter, senior research specialist at the Getty Research Institute. After the presentation at the Getty Center, Golden Kingdoms will travel to The Met where it will be on view February 26 – May 28, 2018.