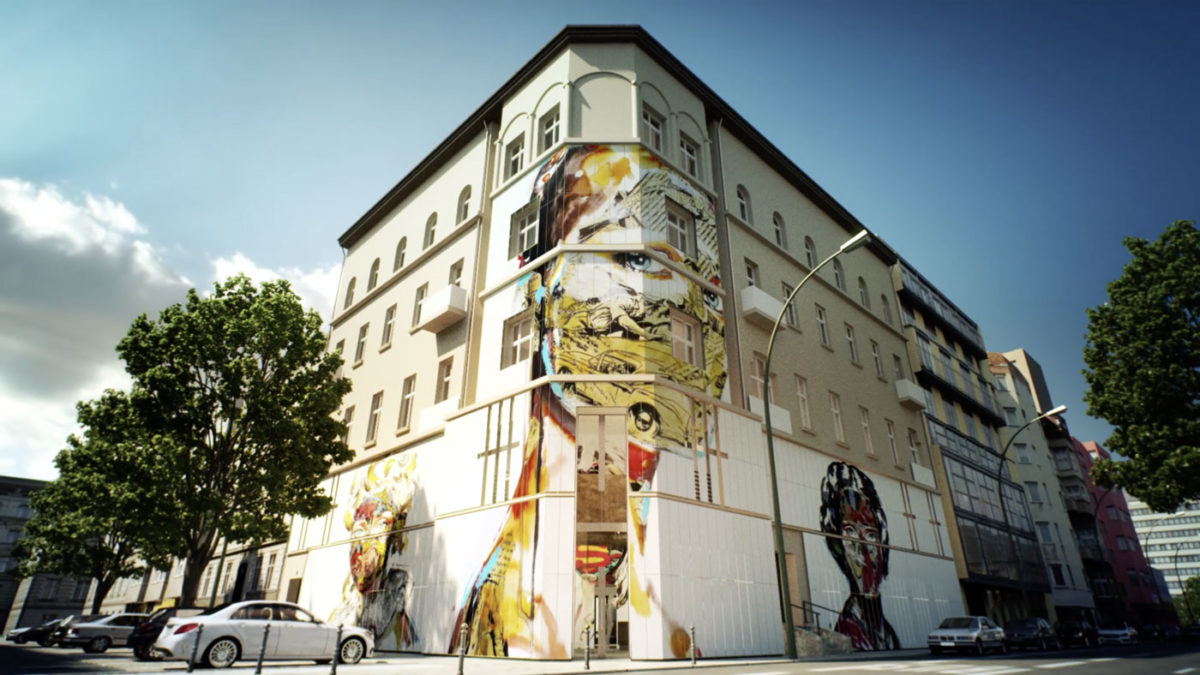 The largest Street Art museum in the world is in Berlin

In the Schöneberg District

Berlin is to street art what Paris is to cafes and Amsterdam to canals. Now, since last Saturday, September 16, Germany’s capital –and UNESCO City of Design– is home to the Museum for Urban Contemporary Art, the largest Street Art museum in the world.

A five storey building in the Schöneberg  district, will be home to 100 works of the most well known street artists on the planet, including Shepard Fairey, 1010, Evol, Icy and Sot. Approximately 30 artists will cover the surrounding train tracks with installations. The building’s facade will be wrapped in huge murals on movable panels so as to be replaced with new ones.

“This is not about squeezing something that belongs on the street into a house” Yasha Young, head of the project and the museum’s curator told “Condé Nast Traveller”. It is about giving these artists the backbone of a live, breathing museum, protecting their work and allowing people to experience something that is often painted over”.

While various Street Art museums may have sprung up all over the world these last few years, Young stresses that the Berlin museum exhibits all genres of contemporary Street Art: graffiti, paste-ups, sculptures, acrylic designs, everything.

A “floating” walkway will lead visitors from the ground floor through two huge exhibition halls to two floors where artists live and work and whose studios will be open to the public. An amphitheatre will be available for workshops, a courtyard will be full of sculpture and a library will house related literature, as well as photographs of the recognized photojournalist Martha Cooper who for the past 30 years documents Street Art across the globe.

“It will be amazing to wander round this space. Earlier on, one had nowhere to go to learn about Street Art. We hope that this museum will contribute to the narratives of some of these key artists as well as those emerging and show who these people are from the inside” added Young.

Over the last ten years, the team Urban Nation, which is behind the founding of the museum, has invited hundreds of street artists to come to Berlin and express themselves. Now, thanks to a state funding of 1 million euros and extra funding from the Berliner Leben Foundation, the team has acquired a permanent space for something that was traditionally ephemeral. And it invites the supporters of Street Art to visit this space, free of charge.