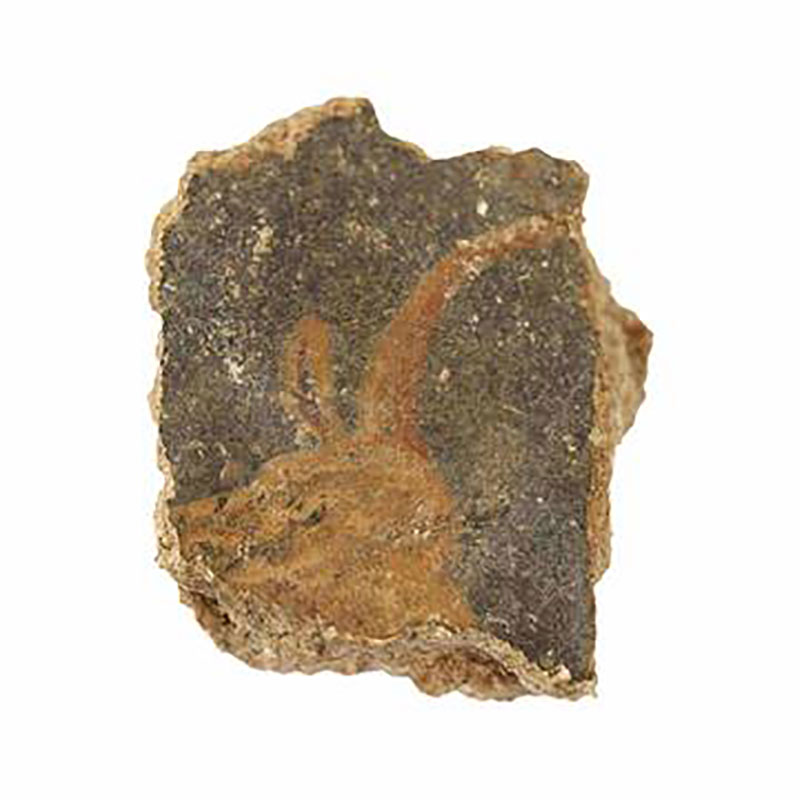 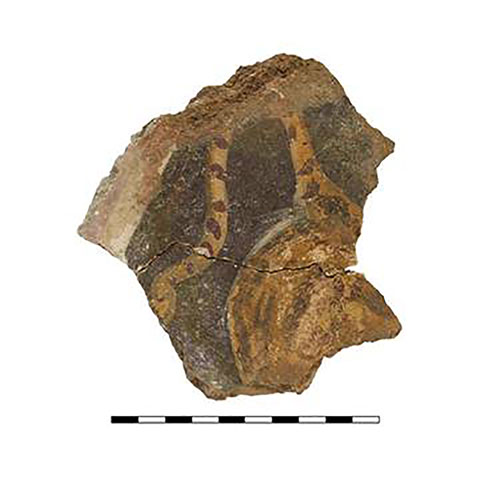 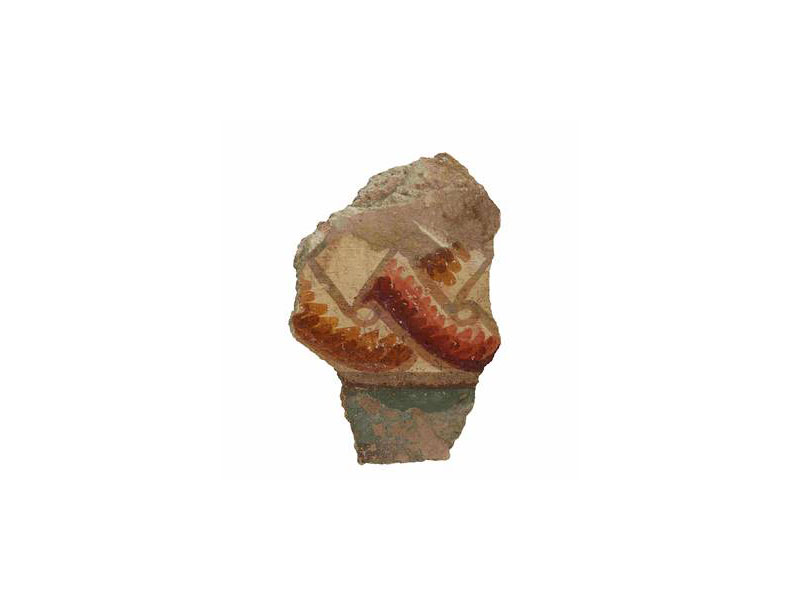 Previous Next
View all photos
Photo caption
News: Near East

Rare Roman frescoes discovered at Zippori in the Galilee

Parallels to these finds are virtually unknown at other Israeli sites of the same period.

Rare Roman frescoes discovered at Zippori in the Galilee by Hebrew University researchers.

A team from the Hebrew University of Jerusalem has discovered hundreds of fragments belonging to frescoes from the Roman period, in the Zippori National Park. The fragments, which contain figurative images, floral patterns and geometric motifs, shed light on Zippori (Sepphoris), which was an important urban center for the Jews of the Galilee during the Roman and Byzantine periods. The discovery was made this summer in the excavations at Zippori, in memory of Ursula Johanna and Fritz Werner Blumenthal of Perth, Western Australia. The excavations are directed by Prof. Zeev Weiss, the Eleazar L. Sukenik Professor of Archaeology at the Hebrew University’s Institute of Archaeology.

The frescoes decorated a monumental building that was erected in the early second century CE north of the decumanus, a colonnaded street that cut across the city from east to west and continued to the foot of the Acropolis. The building, whose function is not clear at this stage of excavation, spread over a wide area, and the nature of the artifacts discovered indicate that it was an important public building. In the center of the building was a stone-paved courtyard and side portico decorated with stucco. West and north of the courtyard, several underground vaults were discovered. Some of these were used as water cisterns and were of high quality construction. The monumental building was built on the slope and the vaults were designed to allow the construction of the superstructure located on the level of the decumanus.

The monumental building was dismantled in the third century CE for reasons that are unclear, and was replaced by another public building, larger than its predecessor, parts of which were uncovered during this season. The monumental building’s walls were dismantled in antiquity and its building materials — stone and plaster, some colorful — were buried under the floors of a newly established Roman building on the same location. Hundreds of plaster fragments discovered during this excavation season were concentrated in one area, and it seems that they belong to one or several rooms from the previous building.

The patterns on the plaster fragments are varied and are decorated in many colors. Among them are geometric patterns (guilloche) and brightly colored wall panels. Other fragments contain floral motifs (light shaded paintings on red backgrounds or various colors on a white background).

Particularly important are the pieces which depict figures — the head of a lion, a horned animal (perhaps a bull?), a bird, a tiger’s hindquarters and more — usually on a black background. At least one fragment contains a depiction of a man bearing a club. Research on these pieces is in its early stages but it is already clear that at least one room in the building was decorated with figurative images, possibly depicting exotic animals and birds in various positions.

The population of Zippori prior to the Great Revolt against the Romans was not very large, and archaeological finds dating to this period are particularly notable for the absence of figurative images – both humans and animals. The construction of the Roman city of Zippori after the Great Revolt, in the late first century and the second century CE, is indicative of a change in the attitude of Galilean Jews toward Rome and its culture. The city gained the status of a polis thanks to its loyalty to Rome during the Great Revolt, and constructed monumental public buildings, as befit a polis, that stood out in the urban landscape. This building boom also included the monumental building discovered north of the decumanus whose walls were decorated with frescoes, and whose remains were discovered during this season.

The new finds in Zippori contribute significantly to the research of Roman art in Israel. To date, excavators uncovered the walls of several public and private buildings from Roman Zippori (second and third centuries CE) which were decorated with colorful frescoes in geometric and floral patterns. This season’s finds are the first, only and earliest evidence of figurative images in wall paintings at the site. The finds date to the beginning of the second century CE. Parallels to these finds are virtually unknown at other Israeli sites of the same period. Some panels bearing depictions of figures were discovered a few years ago in Herod’s palace at Herodium, and according to Josephus (Life of Josephus 65-69) the walls of the palace of Herod Antipas in Tiberias were also decorated with wall paintings depicting animals; but beyond that, no murals with depictions of figures, dating to the first century and the beginning of the second century CE, have been discovered to date in the region.

The discovery in Zippori is unique and provides new information regarding murals in Roman Palestine. Zippori is well known for its unique mosaics. The newly discovered frescos are now added to the city’s rich material culture. While the earliest mosaics discovered at the site date to around 200 CE, the ancient frescoes precede them by about a hundred years and are thus of great importance.

These finds raise questions relating to their socio-historic background. Who initiated the construction of the monumental building that was discovered north of the decumanus? Who is responsible for choosing the patterns that adorn the walls, and for whom were they intended? The various finds uncovered throughout the site indicate that Zippori, the Jewish capital of the Galilee, was home to many Jewish inhabitants throughout the Roman period, but the city also had a significant pagan community for which the temple was built to the south of the decumanus, opposite the monumental building, parts of which were discovered this season. It is difficult to determine who was responsible for the construction and decoration of this monumental building, at this stage of excavation. However the new finds clearly reflect the multi-cultural climate that characterizes Zippori in the years following the Great Revolt, in the late first century and the second century CE.

About the Excavations at Zippori

Most of the archaeological work conducted in Zippori since 1990 was led by the Institute of Archaeology at the Hebrew University in Jerusalem. This team worked both on the Upper Hill as well as in an area to the east. The Hebrew University team revealed a well-planned city built around an impressive network of streets. Various buildings, public as well as private, were built in the city which existed throughout the Byzantine period. Among the public buildings uncovered are a Roman temple, bath houses, a theatre, two churches, and a synagogue. Over 60 mosaics dating from the 3rd to 5th centuries CE have been uncovered to date in Zippori, in both public and private buildings. The mosaics include numerous rich and varied iconographic depictions, ranking the city among the most important mosaic centers of the Roman and Byzantine east. The assortment of finds that have come to light in the course of the excavations provides a wealth of information about this multifaceted urban center, allowing one to draw significant conclusions about this Hellenized city’s demographic composition, architectural development, and everyday life, as well as the cultural relationships between the various communities residing in Zippori during the first centuries of the Common Era.

About The Institute of Archaeology

The Institute of archaeology is a research and teaching unit within the Hebrew University’s Faculty of Humanities. Academic programs include studies for B.A., M.A. and Ph.D. degrees in prehistoric, biblical, and classical archaeology, Civilizations of the Ancient Near East, and Computerized Archaeology. In addition to its role as a teaching and training institution, the Institute is involved in major archaeological endeavors and interdisciplinary research programs. Its excavations at major prehistoric and historic sites have shaped many of the current paradigms in Israeli archaeology and contributed to a better understanding of past human behavior.