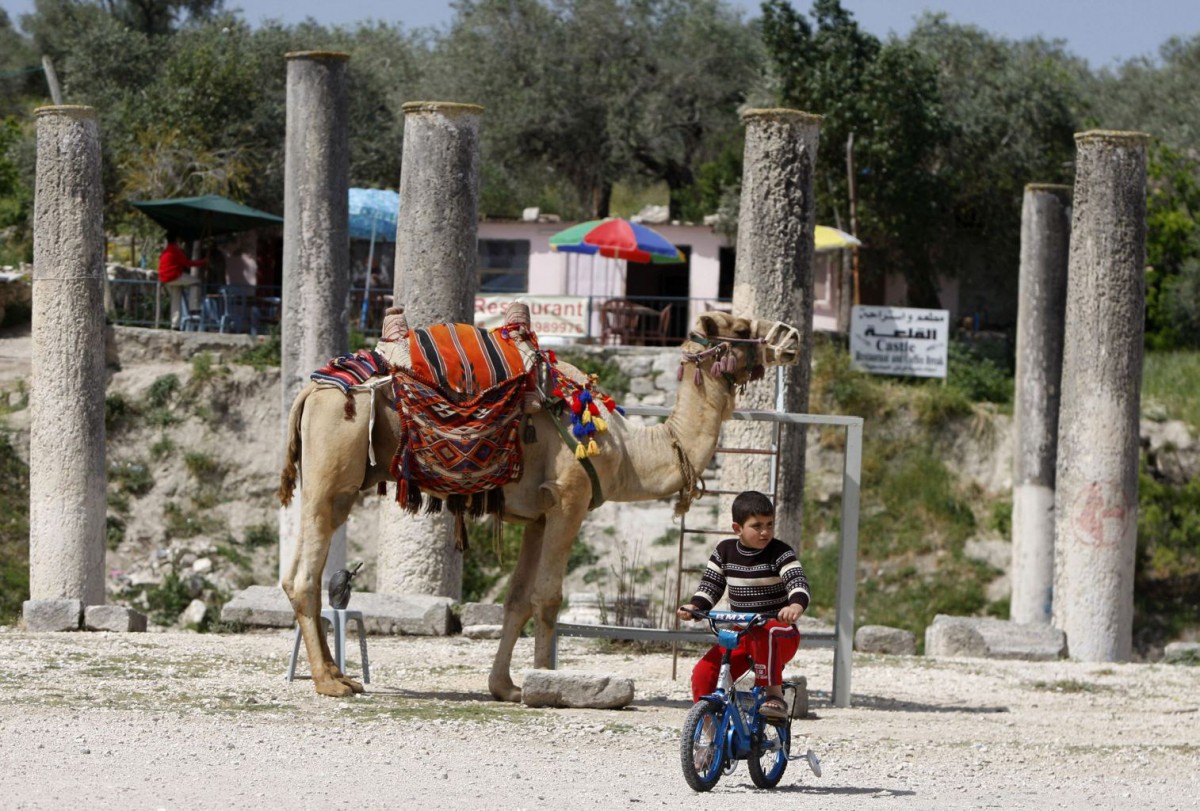 Weeds, graffiti and garbage. This is only a few of the “plagues” threatening the archaeological site of Sebastia, near Nablus in the West Bank.

Once the capital of the biblical kingdom of Israel (then known as Samaria) and a key settlement during the Hellenistic-Roman period as well as the Arab rule, Sebastia now forms an archaeological site consisting of a Crusader cathedral, an ancient Roman city boasting a forum, a colonnaded street and a temple to Augustus, and the remains of the palace of Omri, the 9th century ruler of the Kingdom of Israel. The site is overlooked by a hill where the biblical Samaria was situated.

“You can learn the history of the whole region (by) staying here because all the powers that crossed the region since the time of the Egyptians were passing through,” said Carla Benelli, an art historian who has been working on restoration projects in parts of the site, financed in part by the Italian government . “From this point of view, it’s really very important.”

Still, the important archaeological site is in a terrible condition due to… politics. Most of the ruins lie in areas under full Israeli control, with some in areas under Palestinian civilian control but shared security responsibilities under the 1990s peace deals that divvied up the West Bank into zones of authority. Disputes over the site’s security status, stemming from the area’s political situation has led to its neglection. Technically, the Israeli-controlled part of the archaeological zone, centered on the hill, is under the authority of Israel’s Nature and Parks Authority. But there’s little sign of a park, with no staff visible, and there’s no fence around the site, leaving it open for people to enter. The parts under Palestinian control, centered on the village and up to the foot of the hill, have also had little supervision or care.

Being unsupervised since 2000, the site suffers from continuous plundering and the destruction of the imovable monuments, which are covered by weeds and garbage. Finely decorated stone Roman tombs in the center of the village are smashed and abandoned. At a Byzantine church dedicated to John the Baptist, located in the Israeli-controlled part, graffiti hailing the Hamas militant group is spray-painted on a column. The Islamic expression of faith — “There is no god but God” — is written in Arabic over the entrance.

Still, local authorities as well as international observers act as if there is some kind of hope for the area. With the help of international donors, the Palestinian Tourism and Antiquities Ministry has built an “interpretation center” near the Roman forum at the foot of the hill which will provide services to visitors. It is expected to open in the coming months. U.S. Secretary of State John Kerry, who is trying to revive peace talks between Israel and the Palestinians, has identified tourism as a key area for Palestinian economic development, stating a view shared by Hamadan Taha, assistant deputy minister in charge of antiquities in the Palestinian Authority. However, Taha denies a claim by Israel’s Civil Authority that they tried to coordinate efforts at the site with the Palestinians. Finally, Israel’s Nature and Parks Authority, which calls Sebastia the “Shomron National Park” on its website, declined to comment.

Whether there is hope or not for Sebastia, it is difficult to say. Still, a local shop owner’s statement may reflect more of the truth. “Slowly, slowly it’s coming back. From the year 2010 until now we are receiving groups again and we hope to come as before.”