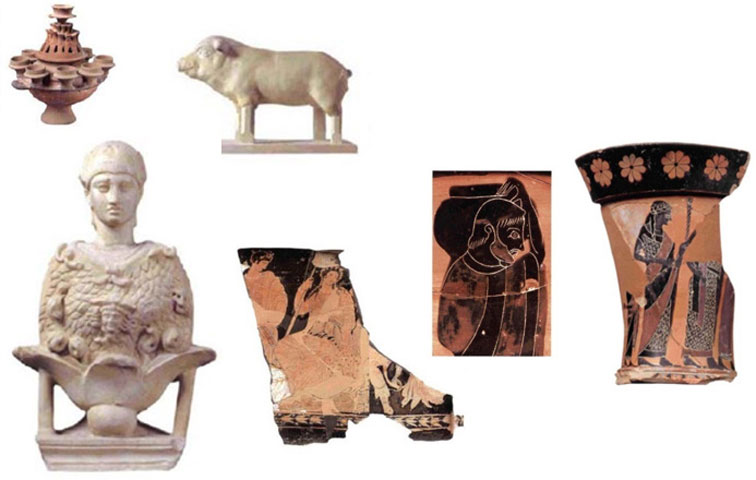 “Hiera Odos and Eleusis” in the Acropolis Museum

The Eleusinian Mysteries, the most important religious rites of ancient Greece, will be presented in the temporary exhibition titled “Hiera Odos and Eleusis”, which will be shown from December 15, 2017 until May 16, 2018, in the Acropolis Museum.

The exhibition’s aim is to highlight the close ties between the famous Sanctuary of Eleusis in the periphery of ancient Attica with the city of Athens itself, where the Eleusinian Mysteries were celebrated during he first four out of nine days.

The exhibition will be divided into two main parts, “Hiera Odos” (or “Sacred Way”) and “Eleusis”, each of which will include seven sections. Thus visitors will be introduced to the “Eleusinion of Athens”, the “Cave of Pan on the Sacred Way”, the “Sanctuary of Apollo in Dafni”, the “Two small Reiton Lakes, dedicated to Demeter and Kore”, the “Sanctuary of Aphrodite and Eros”, the “Bridge of the Athenian Cephissus” and the “Bridge of the Eleusinian Cephissus”, as well as the “Palace of the Telesterion of Eleusis”, the “Hierophant”, the “Successive phases of the Telesterion from the era of Solon until the Roman years”, the “Fleeing Kore”, the “Gods and Heroes in Eleusis”, the “Pedimental sculptures of the Roman Temple F” and the “Roman Eleusis”.

The exhibition will be set up so as to resemble the Telesterion, the room where the initiated entered, while in the corridor leading to the temporary exhibitions hall of the Acropolis Museum photographs of the Sacred Way will be presented, where the worshippers’ procession passed.

One of the most important sites of worship in the ancient world, the Sanctuary of Eleusis was dedicated to Demeter, goddess of the renewal of nature and the growing of grains. It was founded in the Mycenaean era, when the megaron was built, which was identified as the first temple of Demeter, located northeast to the Telesterion of the Classical period.

In the beginning of the 6th c. BC, in Solon’s time, Eleusis was annexed definitively in Athens and the Eleusinian Mysteries were established as the Athenian feast, while at the time of Peisistratos (550-510 BC) the sanctuary and the city were surrounded with a strong wall with towers. The Roman Era is the last period of the sanctuary’s flourishing. During that time, Roman emperors erected new magnificent buildings, like the Big Propylaia, the triumphal arcs, the Fountain, temples and altars. The Mysteries fell into decline at the end of the 4th c. BC.