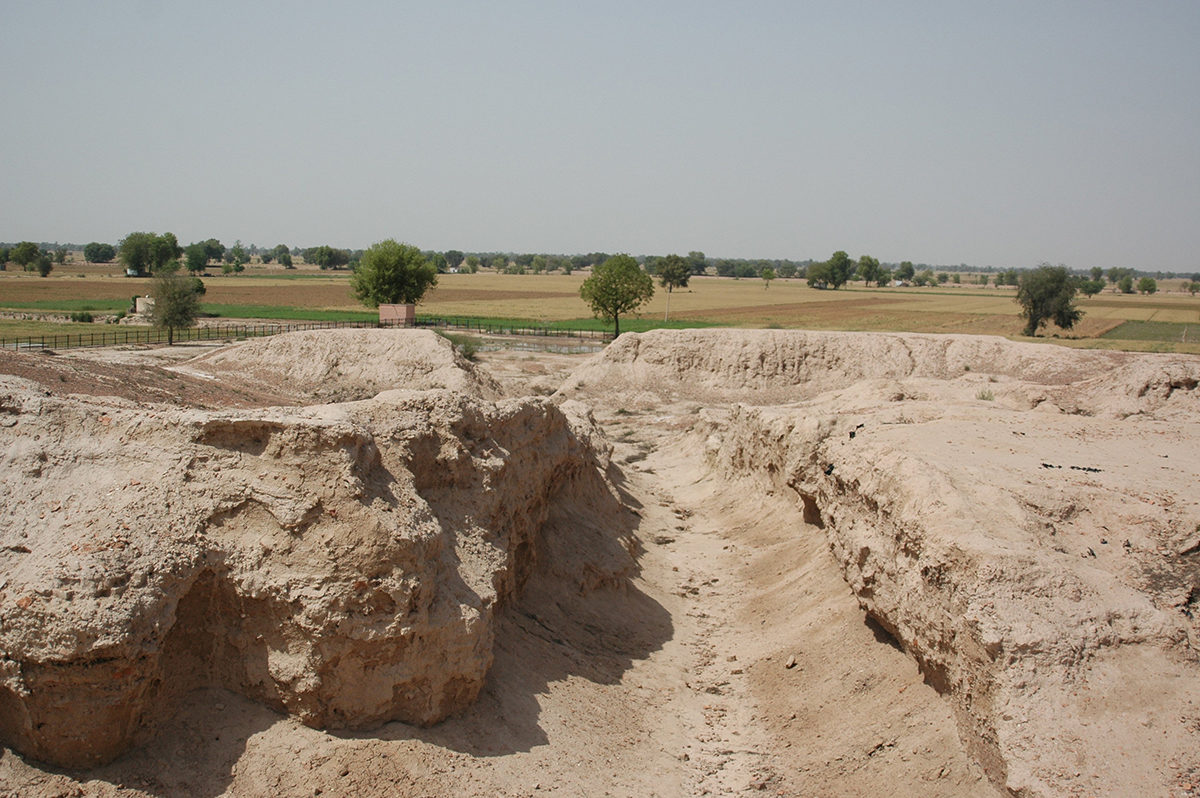 The Indus or Harappan Civilisation was a Bronze Age society that developed mainly in the northwestern regions of South Asia from 5300 to 3300 years ago, at about the same time as urban civilisations developed in Mesopotamia and Egypt.

Archaeological evidence shows that many of the settlements in the Indus Civilisation developed along the banks of a river called the Ghaggar-Hakra in northwest India and Pakistan.

It has generally been thought that this was a major Himalayan river that dried up either due to climatic or tectonic changes. However, until now, scientists had not pinpointed how long ago the river dried up, and had assumed that it flowed while the Indus urban centres grew, playing an active role in their development.

A new study, led by researchers from Imperial College London and the Indian Institute of Technology Kanpur, has now provided evidence that a major Himalayan river did not flow at the same time as the development of Indus Civilisation urban settlements. This research shows how ancient urban centres didn’t necessarily need an active, flowing river system in order to thrive.

Professor Sanjeev Gupta, lead author from Department of Earth Science and Engineering at Imperial, said: “The findings challenge our current understanding of how urbanisation in many ancient civilisations began and grew in relation to natural resources. Contrary to current belief, it was the departure of a large river, rather than its arrival, that triggered the growth of Indus urban centres.”

The study, published in the journal Nature Communications, shows that a major Himalayan river, the Sutlej River, used to flow along the trace of the Ghaggar-Hakra river but rapidly changed course upstream eight thousand years ago. This meant that three thousand years later, when the Indus people settled the area, there was only an abandoned large river valley occupied by seasonal monsoon river flow instead of a large Himalayan river.

The team were also able to pinpoint what the original source of the river sediments had been, showing that the Himalayan Sutlej River had once flowed along the Ghaggar-Hakra dried river channel, or palaeochannel.

They found that after the Sutlej River changed course, the scar it left in the landscape acted as a topographic low to capture river flow during the monsoon. This meant that despite not living along a permanent river, the Indus settlements still benefited from a water source.

Professor Rajiv Sinha, co-author from the Indian Institute of Technology Kanpur, said: “We now know that, given the right conditions, valleys that have lost their rivers can still serve as a water source. The civilization would also not have been threatened by the risk of devastating floods that living next to a big river brings.”

To determine the timing of the river, the team drilled cores through the dried Ghaggar-Hakra river bed and analysed the layers of river sediments that had built up over time. To find out when the sediments had been deposited by the river while it was flowing, they dated mineral grains extracted from the sediment, which was carried out at the DTU-Aarhus Risø laboratory in Denmark.

When sediments are buried beneath the ground, natural background radiation results in energy being stored in mineral grains such as quartz and feldspar. If the mineral grains are not exposed to light the amount of energy builds up and represents the amount of time since their burial.

Scientists can then measure the stored energy in the laboratory and pinpoint when the layers of sediment were buried. This method, called optically stimulated luminescence dating, can therefore tell them when the river last flowed.

The team were also able to determine where the original material in the river came from by dating mineral grains such as zircon and mica, revealing the previous course of the river.

Most major ancient urban civilisations, such as Egypt and Mesopotamia, formed around big rivers, so the implications of these findings extend well beyond the Indus. Research in this area has been focusing on the role of rivers drying up leading to abandonment of urban centres by ancient communities. However, the researchers in today’s study suggest their work could help archaeologists to take a fresh look at the development of urbanisation in early civilisations.