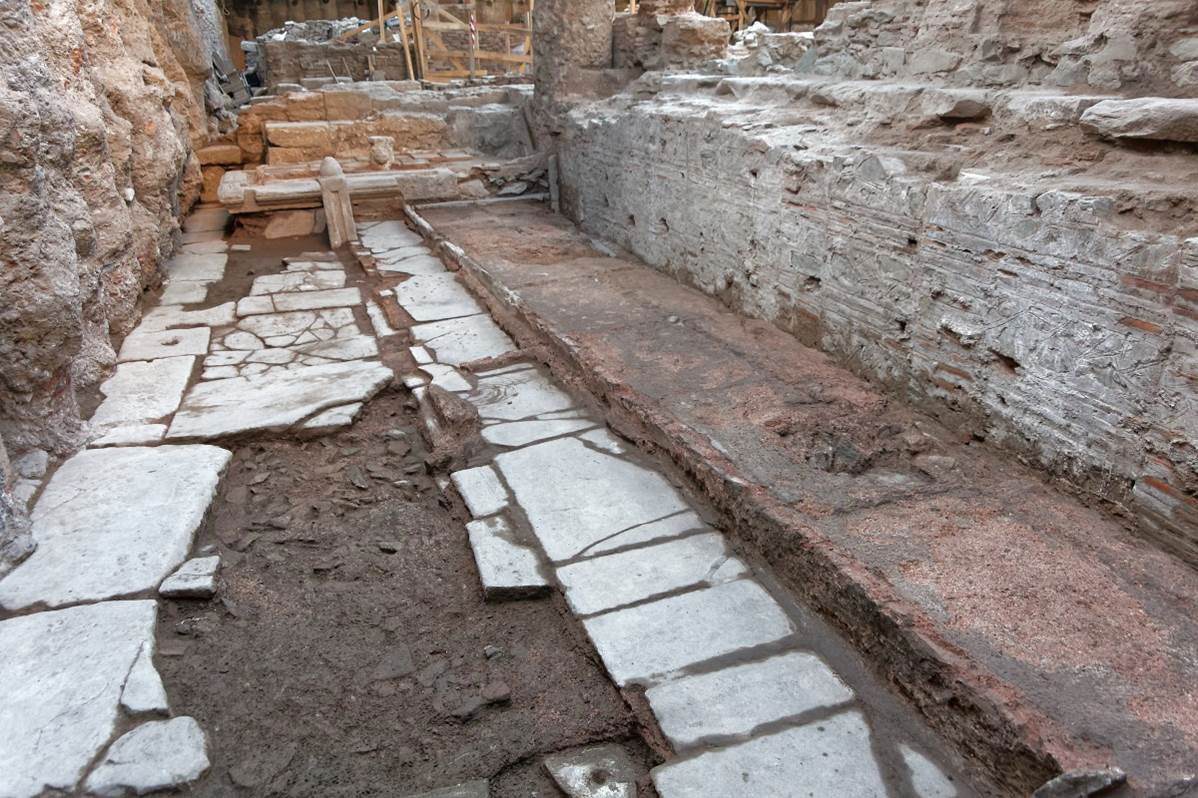 Thessaloniki Metro: Solution being sought for enhancing the fountain-house

The discussion will continue on Tuesday January 30

Can a solution be found to the enhancement of the important fountain-house discovered at the north entrance of the Agia Sofia station during construction work on the Thessaloniki Metropolitan Railway, without “sacrificing” almost 4.5 metres of the latter?

It is possible, since two proposals were brought to the table during the in depth discussion last Tuesday at the Central Archaeological Council (KAS), following the presentation of all archaeological and technical data. Both concerned the station’s ventilation shaft which, according to the Attiko Metro S.A., cannot be moved for security reasons.

Specifically, all new data was presented to the KAS; both the latest facts about the monument resulting from its further excavation and the limitations imposed by the project so as to comply with the safety rules. The monument was the main source of the city’s water supply, built in the 4th century BC with successive construction phases indicating that it was still in use throughout the 7th c BC. It had at least two storeys, measured 15.45x 1.80m, with a height of 2.84 m, and was decorated with niches containing statues like other important nymphaea of Constantinople and Antioch. “In Greece it is one of the only buildings of this size and scale” said deputy head of the Ephorate of Antiquities of Thessaloniki and member of the KAS Polyxeni Adam-Veleni who made the presentation of the latest data. “We have selected the smallest possible location for the station to be operational and the ventilation shaft has been positioned on the corner of Agia Sofia and Egnatia Avenues” said Mr. Mylopoulos, explaining why it is extremely important for tunnel ventilation to be from the north side.

“The Thessaloniki Metro is automatic, i.e. it operates without a driver. This means that the doors on the platform are always closed and open only when the metro arrives; it is unlike Athens, where there are no doors on the platform. In Thessaloniki there are double doors; a row to the top of the platform and the train doors after that. This means that there is a serious problem with tunnel ventilation, therefore the minimum requirement for the stations’ security is to have a ventilation shaft just above the tunnels” he noted.

Members of the KAS however and the heads of the responsible directorates of the Ministry of Culture and Sports also made other proposals, two of which seemed to be feasible. The first one concerns the creation of linear ventilation and the other the change of the air vent’s “direction”, which will however “sacrifice” part of the monument’s paving. Regarding these two points, Mr. Mylopoulos will save his answer for the following Tuesday, January 30, 2018, when discussion on the matter will be continued by the KAS.

Last Tuesday’s meeting was also attended by a representative of the Mayor of Thessaloniki Yiannis Boutaris, who forwarded the proposal that since it is obvious that there is no other solution, the municipality could proceed with the redesigning of the Makedonomachon Square for the whole monument to be placed there. Also present were the secretary of the Association of Greek Archaeologists Themistoklis Vakoulis and its former head Olga Sakali, who put forward the Association’s position: “A technical solution must be found that will not abolish the station, will be safe for commuters, but also highlight without mutilating the monument in situ which, as a landmark of Thessaloniki, will ultimately benefit the city.”

It should be noted that according to the Ministerial Decree of May 2017, following a relevant opinion of the KAS, it had been decided that the fountain house, which had not been completely unearthed as it was trapped in later Byzantine masonry, should be removed and repositioned in the same place.