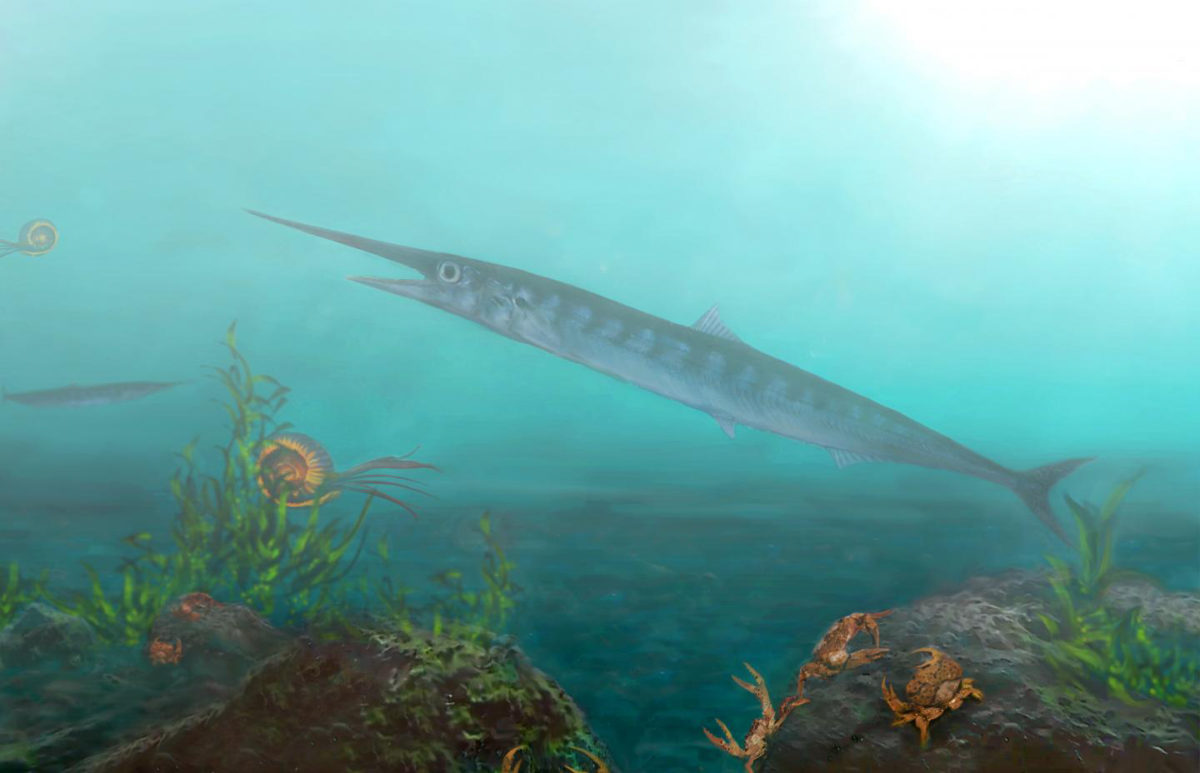 Paleontologists from the University of Alberta have discovered a never-before-seen species of fish in South America, with the help of a curious tourist.

The fossil, called Candelarhynchus padillai, is approximately 90 million years old, and has no modern relatives, explained Oksana Vernygora, PhD student in the Department of Biological Sciences and lead author on the study.

The discovery was made with the unlikely assistance of a young tourist, visiting the Monastery of La Candelaria, near the town of Ráquira Boyacá, Colombia. “A kid was walking into the monastery during a tour when he noticed the shape of a fish in flagstones on the ground,” explained Javier Luque, PhD candidate and co-author on the study. “He took a photo and, a few days later, showed it to staff at the Centro de Investigaciones Paleontologicas, a local museum with whom we collaborate to protect and study fossil findings from the region.”

Staff at the centre recognized the image as a fossil fish right away and shared the finding with their colleagues at the University of Alberta. Alison Murray, professor of biological sciences and Vernygora’s supervisor joined their colleagues in Colombia to retrace the steps of the young tourist. The team found a nearly perfect, intact fossil of an ancient fish. In fact, it was the very first fossil ‘lizard fish’ from the Cretaceous period ever found in Colombia and tropical South America.

“It is rare to find such a complete fossil of a fish from this moment in the Cretaceous period. Deepwater fish are difficult to recover, as well as those from environments with fast flowing waters,” said Vernygora. “But what surprises me the most is that, after two years of being on a walkway, it was still intact. It’s amazing.”

Aside from an incredible origin story, this discovery contributes to the growing and important body of literature on the fossil record in the tropics.

“The tropics worldwide are hotspots of diversity,” explains Luque. “Interestingly, we know a great deal about modern biodiversity in these areas, but the fossil record is poorly understood in comparison. This adds another piece to that puzzle.”

And the importance of understanding fossil fish, Vernygora explains, is often underestimated.

“Often we think, we have fish now, we had fish then, and we’ll likely have fish in the future. But the importance of fish is just that,” she said. “We can see how fish have changed as their environments have changed throughout history. Studying fish diversity gives us amazing predicting power for the future–especially as we start to see the effects of climate change.”