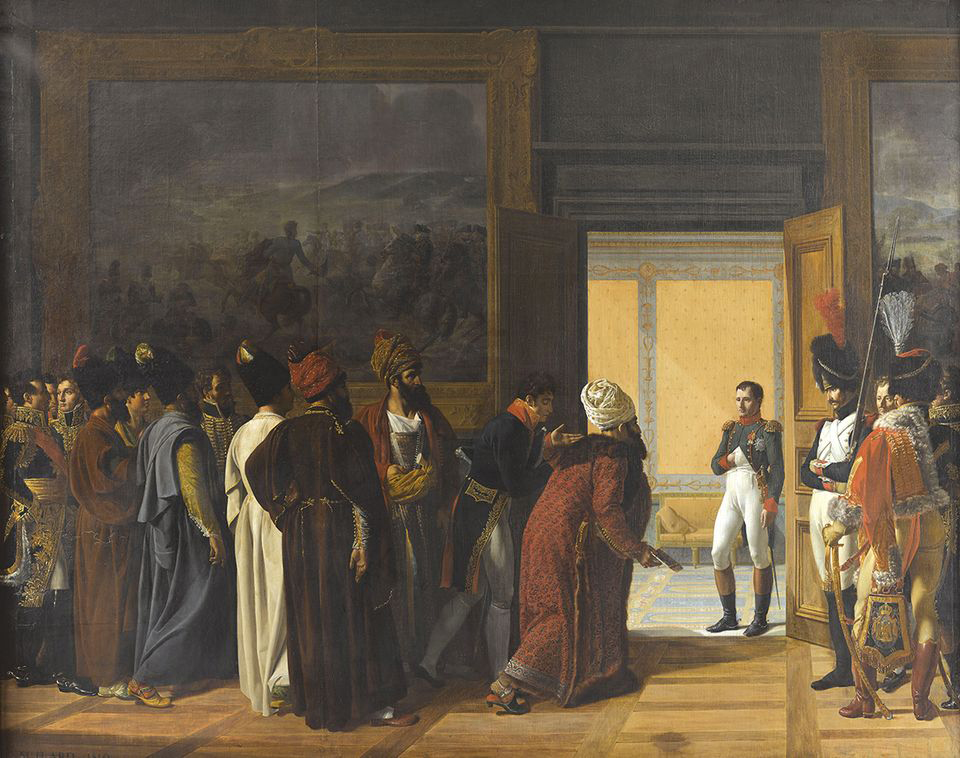 The Louvre at Tehran

The Louvre in Tehran is the first large-scale exhibition by a major Western museum in Iran and an outstanding cultural and diplomatic event for both countries. Its opening coincides with the celebrations for the 80th anniversary of the National Museum of Iran, created at the request of the Iranians by the French archeologist and architect André Godard. The exhibition is one outcome of the agreement signed between the Louvre and ICHHTO – the organization in charge of Iran’s museums and cultural heritage – during Iranian president Rouhani’s visit to France in January 2016.

Comprising some 50 masterpieces from the Louvre’s various departments and the Musée Delacroix, the exhibition illustrates the rich diversity of the Louvre’s collection, a priceless national and world heritage whose works from different civilizations and eras testify to the universality of the creative spirit.

In parallel with the Tehran exhibition, the Louvre is presenting The Rose Garden: Masterpieces of Persian Art from the 19th Century, on Qajar dynasty Iran, at Louvre-Lens.

The Louvre in Tehran retraces the creation of the Louvre’s various collections, from the museum’s founding in 1793 to its most recent acquisitions.

True connoisseurs, as well as patrons of the arts, France’s sovereigns, brought together in their Parisian residences – the Louvre, and then Versailles beginning with the reign of Louis XIV – the sumptuous array of paintings, sculptures, and antiques that would form the nucleus of the Louvre’s present collection.

Originating with the idea of a universal ingathering of the masterpieces of the world’s art, the Museum Central des Arts opened in the Louvre in 1793, making these works accessible to the general public for the first time. The French Revolution and subsequent Napoleonic period saw an influx into Paris of French and European masterpieces, together with the acquisition of lavish collections of antiquities, including those of Cardinal Borghese and Cardinal Albani. Strictly speaking Napoleon’s Egyptian expedition of 1798–1801 did not add to the Louvre’s holdings, but it did prefigure the broadening of the museum’s fields of interest and study that marked the 19th century and has continued up to the present day.

The opening of the Louvre’s Egyptian museum in 1827- followed by the “Assyrian Museum” in 1847 and the “Muslim art section” of the Department of Decorative Arts in 1893 – was a concrete indication of this steadily increasing attentiveness to the civilizations of the Mediterranean Basin and the Islamic world.

The enrichment of its archeological collection is linked to the major role the Louvre played in the discovery and revelation of the ancient civilizations of the Mediterranean Basin, and its active participation, continuing through the 20th century, in the archeological exploration of Greece, Egypt, Mesopotamia, and Persia. Large-scale purchases—that of the Campana Collection in 1861, for example—and handsome donations also helped to fill out existing holdings of antiquities, paintings, drawings, sculptures, and decorative items. Throughout the 19th century the museum was further enriched by samples of the art of its time, as presented at the annual Salon.

Today’s Louvre is heir to this history and its uninterrupted—and still ongoing—enhancement of the collection. Each fresh acquisition represents an addition to the national heritage and a further step towards fulfillment of the aspirations to universality of the museum’s founders.

History of the Louvre’s Iranian collection

Archeological cooperation with the Persian Empire began in the 19th century, initially via permission to explore or excavate certain sites, notably that of Susa (modern-day Shush), dating from around 4200 BC.

In 1884 a firman, or royal decree, authorized excavations at Susa by French archeologist Marcel Dieulafoy and the shipping of his finds to France. In 1888 new rooms were fitted out at the Louvre for the Iranian exhibits. From 1895 to 1927 France held a monopoly of archeological research for the whole of Iran; in 1897 Jacques de Morgan replaced Dieulafoy at Susa and his discoveries brought the Louvre some of its greatest masterpieces, among them the Code of Hammurabi. In 1928 the French archeologist and architect André Godard set up the Archeological Services of Iran, which he would direct until 1960, and the National Museum of Iran, which he personally designed. Until 1973 the Louvre’s Iranian collection continued to be enriched on the basis of shared excavation finds, and from that date onwards by purchases and gifts.

Archeological considerations aside, it was via the royal collections that the first artwork from medieval Iran made its way into the Louvre, in the late 17th century. After a pause lasting until the final third of the 19th century, medieval and modern ceramics, miniatures, and metal items began to arrive: gifts and acquisitions destined for the new Islamic arts section, founded in 1893, at the same time as the Department of Decorative Arts. 1905 saw the opening of the first room entirely devoted to the arts of Islamic civilizations. The collection grew steadily in the course of the next century; it was given a higher profile in 1993 by the new Grand Louvre project, but it was not until the creation of a Department of Islamic Art in 2003, and the opening of dedicated rooms in 2012, that it found the setting it deserved.

The Iranian collection in the Louvre today

One of the largest in the world outside of Iran, the Iranian collection in the Department of Near Eastern Antiquities occupies ten rooms, offering visitors a straightforward chronological itinerary.

In the Department of Islamic Art the works are presented on two floors combining the chronological and the geographic. At courtyard level is a space specially given over to Islamic artworks unearthed at Susa.