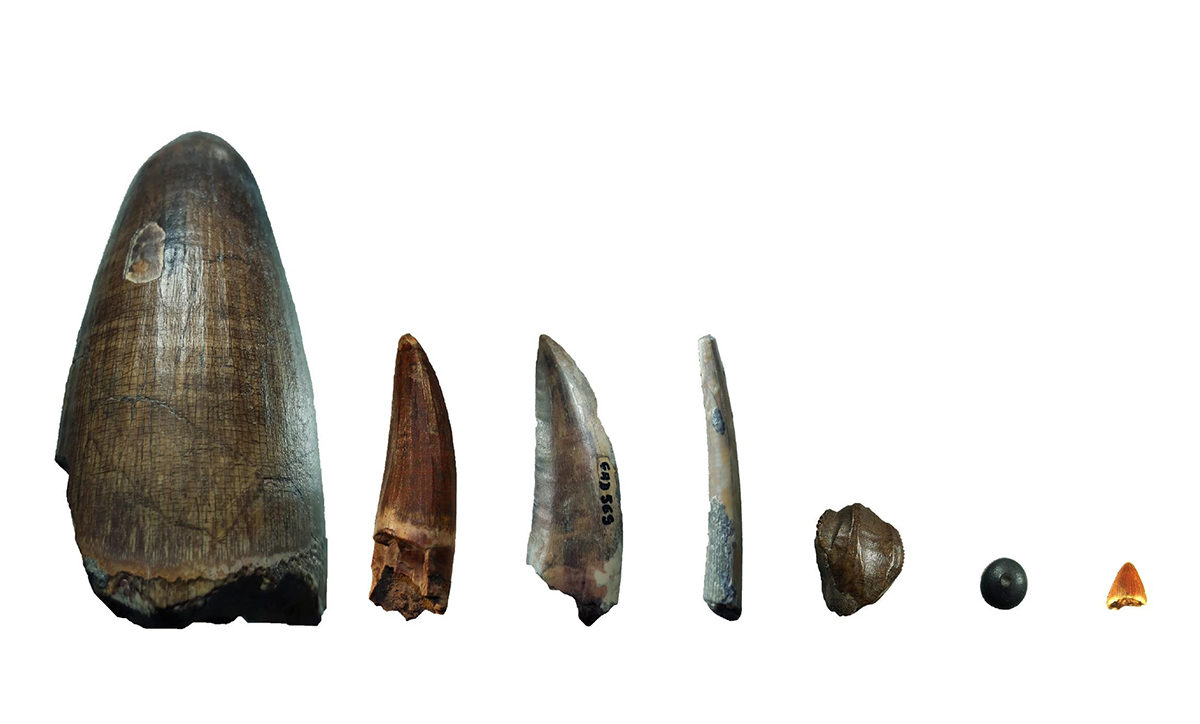 The dinosaur menu, as revealed by calcium

By studying calcium in fossil remains in deposits in Morocco and Niger, researchers have been able to reconstruct the food chains of the past, thus explaining how so many predators could coexist in the dinosaurs’ time.

A hundred million years ago, in North Africa, terrestrial ecosystems were dominated by large predators—giant theropod dinosaurs, large crocodiles—with comparatively few herbivores. How were so many carnivores able to coexist?

To understand this, French researchers have studied fossils in the Gadoufaoua deposits in Niger (dating from 120 million years ago) and the Kem Kem Beds in Morocco (dating from 100 million years ago). These two sites are characterized by an overabundance of predators compared to the herbivorous dinosaurs found in the locality. More specifically, the researchers measured the proportions of different calcium isotopes in the fossilized remains (tooth enamel and fish scales).

Among vertebrates, calcium is almost exclusively derived from food. By comparing the isotopic composition of potential prey (fish, herbivores) with that of the carnivores’ teeth, it is thus possible to retrace the diet of those carnivores.

The data obtained show similar food preferences at the two deposits: some large carnivorous dinosaurs (abelisaurids and carcharodontosaurids) preferred to hunt terrestrial prey such as herbivorous dinosaurs, while others (the spinosaurids) were piscivorous (fish-eating). The giant crocodile-like Sarcosuchus had a diet somewhere in between, made up of both terrestrial and aquatic prey. Thus, the different predators avoided competition by subtly sharing food resources.

Some exceptional fossils, presenting traces of feeding marks and stomach content, had already provided clues about the diet of dinosaurs. Yet such evidence remains rare. The advantage of the calcium isotope method is that it produces a global panorama of feeding habits at the ecosystem scale. It thus opens avenues for further study of the food chains of the past.

This study received support from the Labex Institut des origines de Lyon, the Institut national des sciences de l’Univers, part of the CNRS (through the Diunis project), and the Jurassic Foundation.