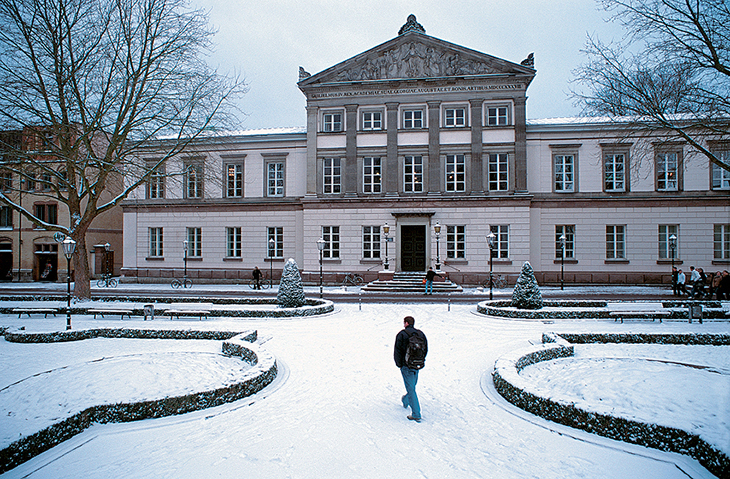 ‘As It Is Written’? Uses of Sources in Ancient Mediterranean Texts

“‘As It Is Written’? Uses of Sources in Ancient Mediterranean Texts”. An Interdisciplinary Workshop sponsored by the Collaborative Research Center 1136: “Education and Religion in Cultures of the Mediterranean and Its Environment from Ancient to Medieval Times and to Classical Islam.”

The use of material from sources is a key feature of texts from throughout the ancient Mediterranean. Especially in texts pertaining to religion and myth, the attribution of information to historical or supernatural sources is a common strategy to endow it with authority, antiquity, or sacredness. The combination, incorporation, or redaction of source material also highlight the writers’ access to knowledge and tradition and emphasize their scholarly or literary acumen, while simultaneously legitimating, contesting, or manipulating the knowledge that is disseminated through re-use.

This workshop aims to bring together an international group of scholars from the fields of Classics and Ancient Near Eastern Studies to discuss and compare the uses of sources in ancient texts, with specific focus on works with a religious/mythological component. Through an interdisciplinary approach to this topic, the workshop seeks to shed new light on the dynamics of the acquisition and dissemination of knowledge related to religion and myth in cultures across the Mediterranean.

The organizers cordially invite proposals for papers focusing on the use of sources in ancient texts from scholars working in Classics, Hebrew Bible, and/or Ancient Near Eastern Studies. Papers should relate to one of the four main themes of the workshop:

-Methodological and practical approaches: modern scholarly methods for analyzing the use of sources in ancient texts, either discipline-specific or overarching;

-Sources and power: how the choice and treatment of sources reflects or produces religious authority;

Papers should be limited to 30 minutes, and will be followed by 15 minutes for discussion. Please submit abstracts of no more than 300 words to Chiara Meccariello ([email protected]) by 20 May 2018. An edited volume based on the workshop is planned.

Some funding for accommodations and/or travel to Göttingen will be available for accepted presenters if needed. No registration fee is required for presenters.

The Collaborative Research Center 1136: “Education and Religion in Cultures of the Mediterranean and Its Environment from Ancient to Medieval Times and to Classical Islam”  based at Georg-August-Universität Göttingen, is funded by the Deutsche Forschungsgemeinschaft. The CRC investigates  the relationship between education and religion from the first millennium BCE through the 13th century CE.