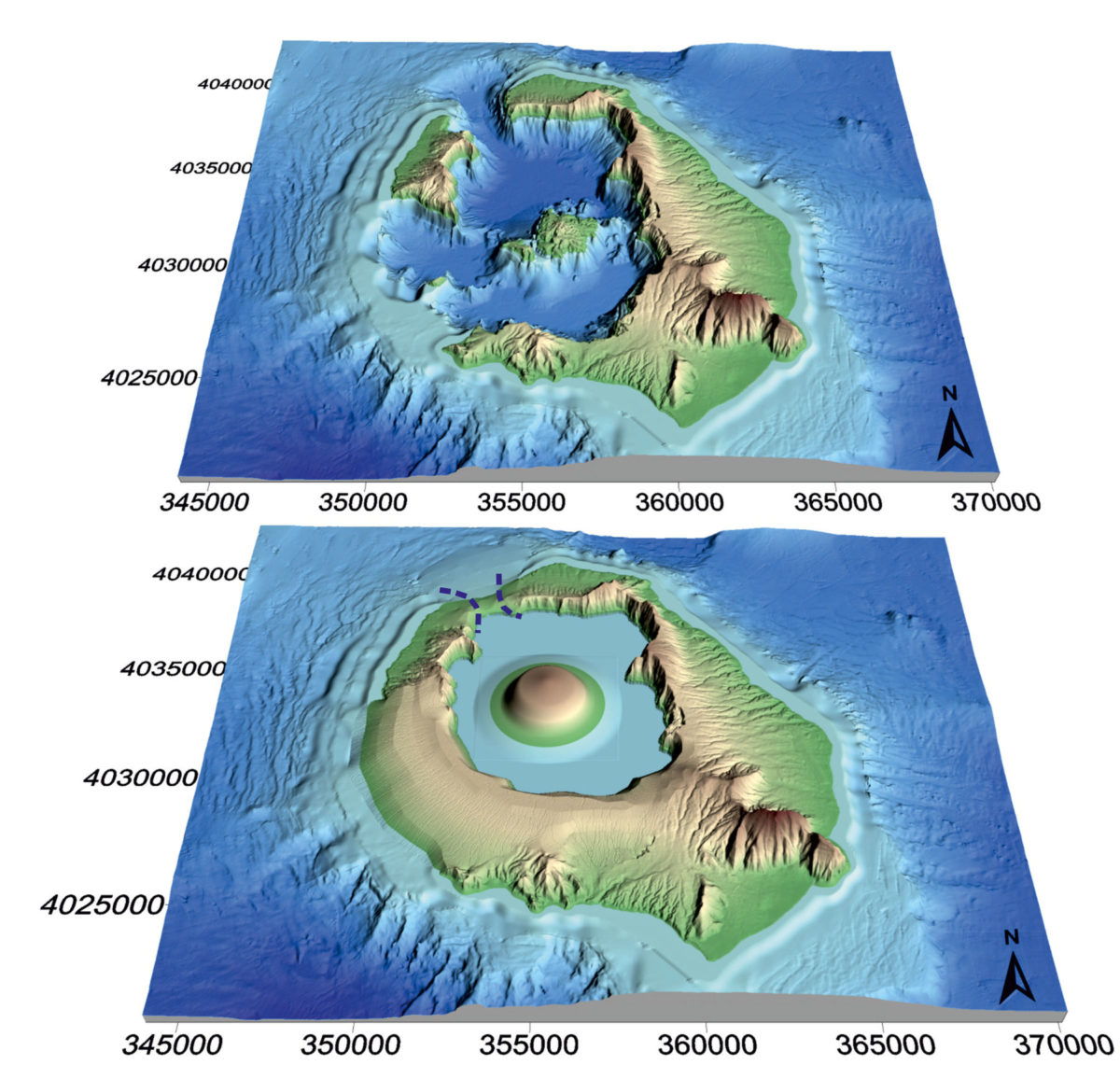 Before the Minoan eruption of Santorini

Before the present-day intra-caldera island Kameni, which was formed after the Late Bronze Age (Minoan) eruption nearly 3,600 years ago, there was a much older Kameni island almost at the same spot, which was completely destroyed during the eruption.

Now, researchers have studied for the first time submarine deposits of the famous Minoan eruption on the seabed and pieces of andesite lava in the pumice stone and have proceeded to the reconstruction of the so-called Pre-Kameni, coming to conclusions about its size, formation and age.

The abstract of the paper reads: “During the Late Bronze Age, the island of Santorini had a semi-closed caldera harbour inherited from the 22 ka Cape Riva Plinian eruption, and a central island referred to as ‘Pre-Kameni’ after the present-day Kameni Islands. Here, the size and age of the intracaldera island prior to the Late Bronze Age (Minoan) eruption are constrained using a photo-statistical method, complemented by granulometry and high-precision K-Ar dating. Furthermore, the topography of Late Bronze Age Santorini is reconstructed by creating a new digital elevation model (DEM).

“Pre-Kameni and other parts of Santorini were destroyed during the 3.6 ka Minoan eruption, and their fragments were incorporated as lithic clasts in the Minoan pyroclastic deposits. Photo-statistical analysis and granulometry of these lithics, differentiated by lithology, constrain the volume of Pre-Kameni to 2.2–2.5 km3. Applying the Cassignol-Gillot K-Ar dating technique to the most characteristic black glassy andesite lithics, we propose that the island started to grow at 20.2 ± 1.0 ka soon after the Cape Riva eruption. This implies a minimum long-term lava extrusion rate of ~0.13–0.14 km3/ky during the growth of Pre-Kameni”.