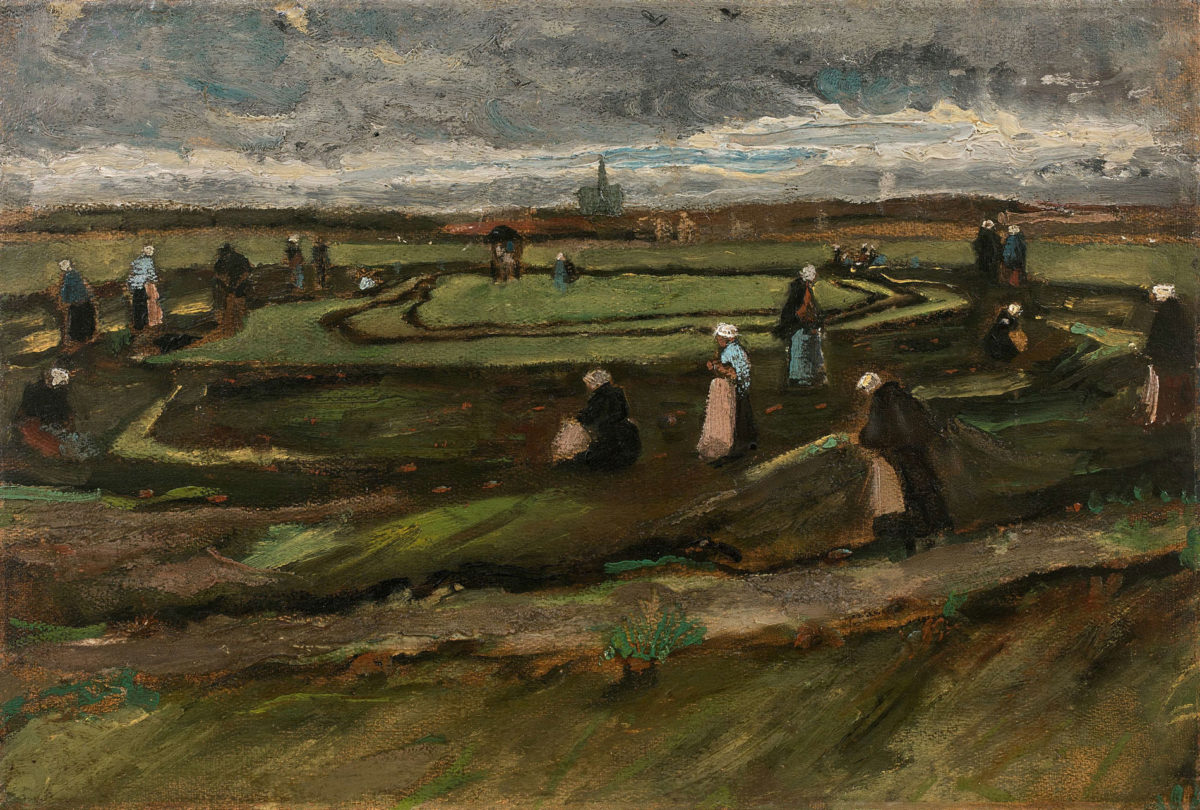 A Van Gogh landscape painted by the artist at the beginning of his career, sold for over 7 million Euros in Paris, announced Artcurial auction house.

The painting “Raccommodeuses de filets dans les dunes/Women mending nets in the dunes” was created in August 1882 and bears all the traits of the revolution in landscape painting by the artist of “Starry Night”, says Artcurial.

Van Gogh was 29 years old at the time. “It is the only landscape painted by Van Gogh during that period and is an example of the influence of the Barbizon School of painting and that of the Hague School. The oil painting was done in the countryside near the Hague and is full of life” said Bruno Jaubert, director of the Modern Art department at Artcurial.

The painting was sold for 7,065,000 Euros to an American collector who “fought to acquire it” according to Artcurial auction house, with this early work of the artist being valued at somewhere between 3 and 5 million Euros.

The house described the sale as an important event, as works by the Dutch painter have been absent from French auctions during the last 20 years, while works of his appear less and less on the market, specifically ‟no more than two or three annually at auctions around the world”

According to the Artcurial auction house this is possibly “a world record in terms of price for a Van Gogh landscape of the Dutch period, sold at an auction”.