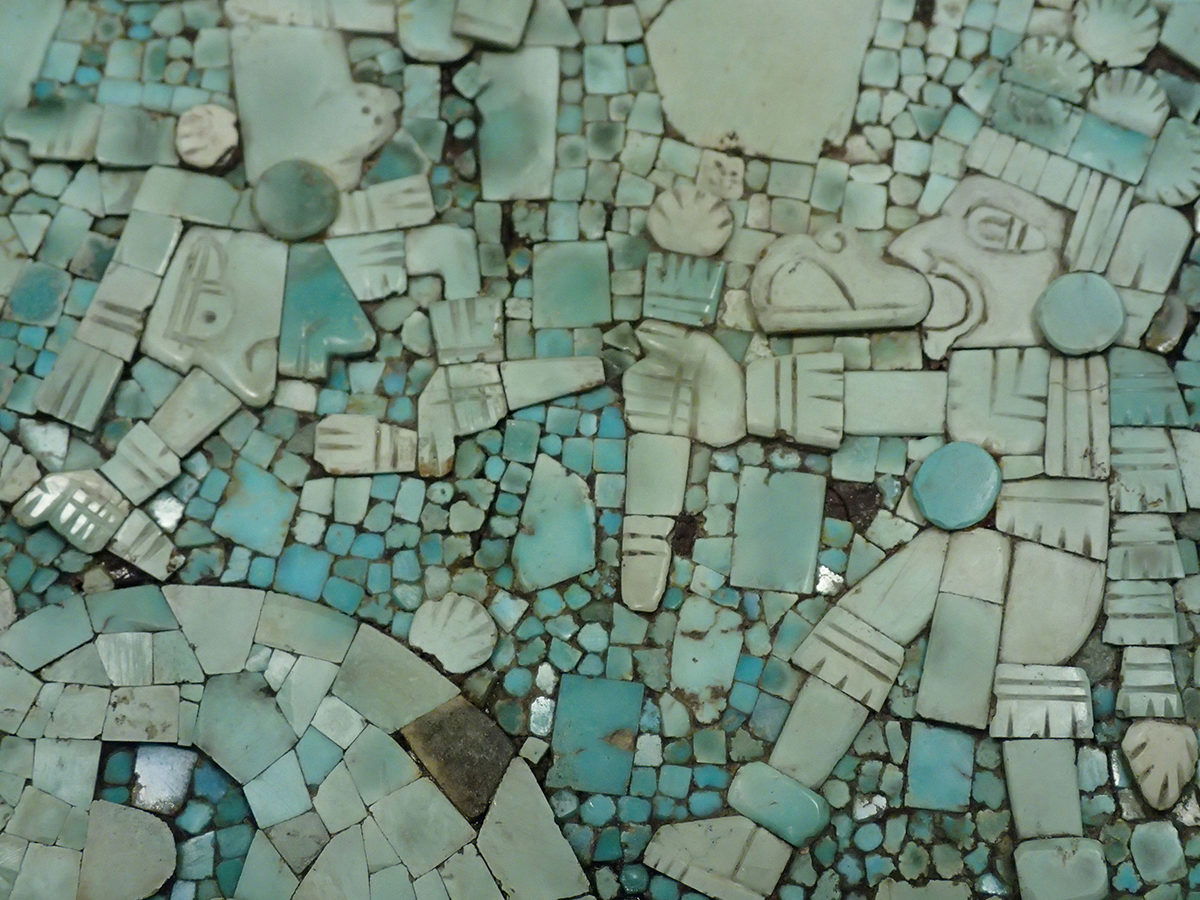 Mesomerican turquoise may have different origin than previously thought

Though scholars have long assumed that Aztec and Mixtec turquoise artifacts uncovered in Mesoamerica were imported from the American Southwest, a new isotopic analysis suggests these artifacts likely derived from Mesoamerican sources. The results provide insights into the origin and circulation of turquoise across Southwestern North America. Artifacts made of turquoise – a blue-green mineral extremely valued by prehispanic societies, including the Aztecs and Mixtecs – have been uncovered in Mesoamerica, a region of the Americas that spans from central Mexico to parts of South America. Experts have hypothesized that turquoise was brought to Mesoamerica from prehistoric mines of the Greater Southwest (present-day American southwest and northwestern Mexico), in part because no remnants of turquoise mines have been discovered in Mesoamerica and also because goods were known to be exchanged between the two cultures. Yet, some have questioned this hypothesis, particularly as geochemical data from Southwestern turquoise mines have not been fully published. Taking advantage of the way turquoise deposits harbor distinct isotopic characteristics depending on surrounding rock, Alyson M. Thibodeau et al. analyzed the lead (Pb) and strontium (Sr) isotopic ratios in 43 Mesoamerican turquoise mosaic tiles (tesserae) from the Sacred Precinct of Tenochtitlan, most of which date to the late 15th century, as well as five tesserae associated with Mixtec turquoise mosaics. They were able to collect both Pb and Sr isotopic data for 31 samples, and out of those, 29 fall outside the distribution of ratios for turquoise deposits in the Southwest. What is more, these turquoise deposits match well with copper deposits and crustal rocks of Mesoamerica, suggesting that Mesoamerica was the source of this Aztec and Mixtec turquoise.