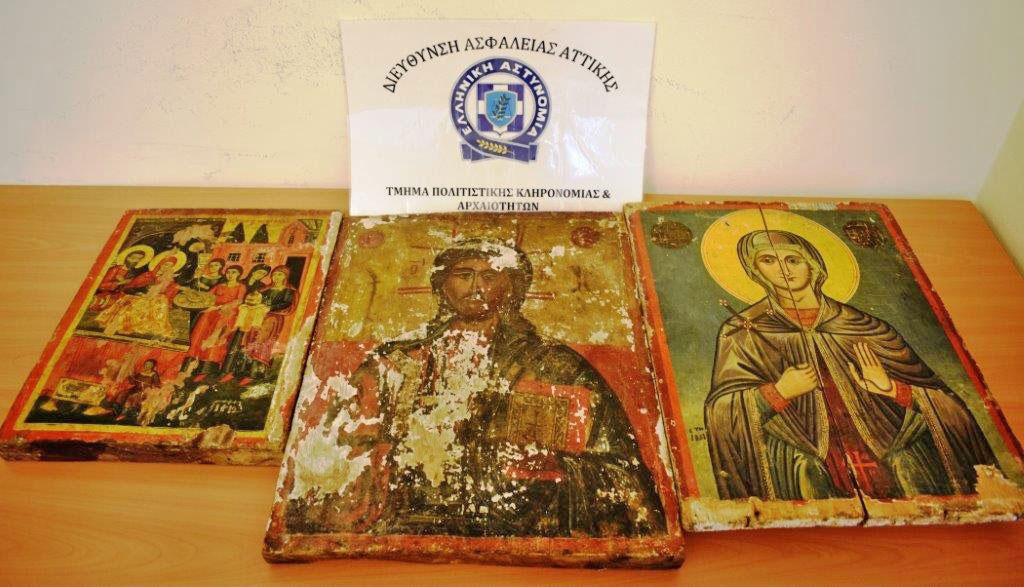 Last Thursday lunchtime in Kato Achaia, Achaia, two individuals, aged 45 and 75, were arrested by police of the Department of Cultural Heritage and Antiquities of the Attica Security Headquarters, for illegal possession of ancient movable monuments.

The defendants were located following an investigation regarding the illegal trafficking of archaeological finds by two Greeks in the Achaia and Ilia regions.

During the investigation conducted in various places including the homes of the defendants, three wooden icons in the Post Byzantine style were found and confiscated. Specifically, the first icon measuring 41x 32 cm. depicts the “Birth of the Virgin Mary”, the second measuring 52×41 cm is of “Jesus Christ” dressed as a high priest and dates from the 18th century and the third, measuring 50×39 cm, depicts the “Virgin Mary praying”.

It was stated in the Hellenic Police’s announcement that the confiscated icons were shown to an archaeologist from the Ephorate of Antiquities of Achaia who pronounced them movable monuments of significant archaeological value protected by the legislation “for the protection of antiquities and cultural heritage in general”.