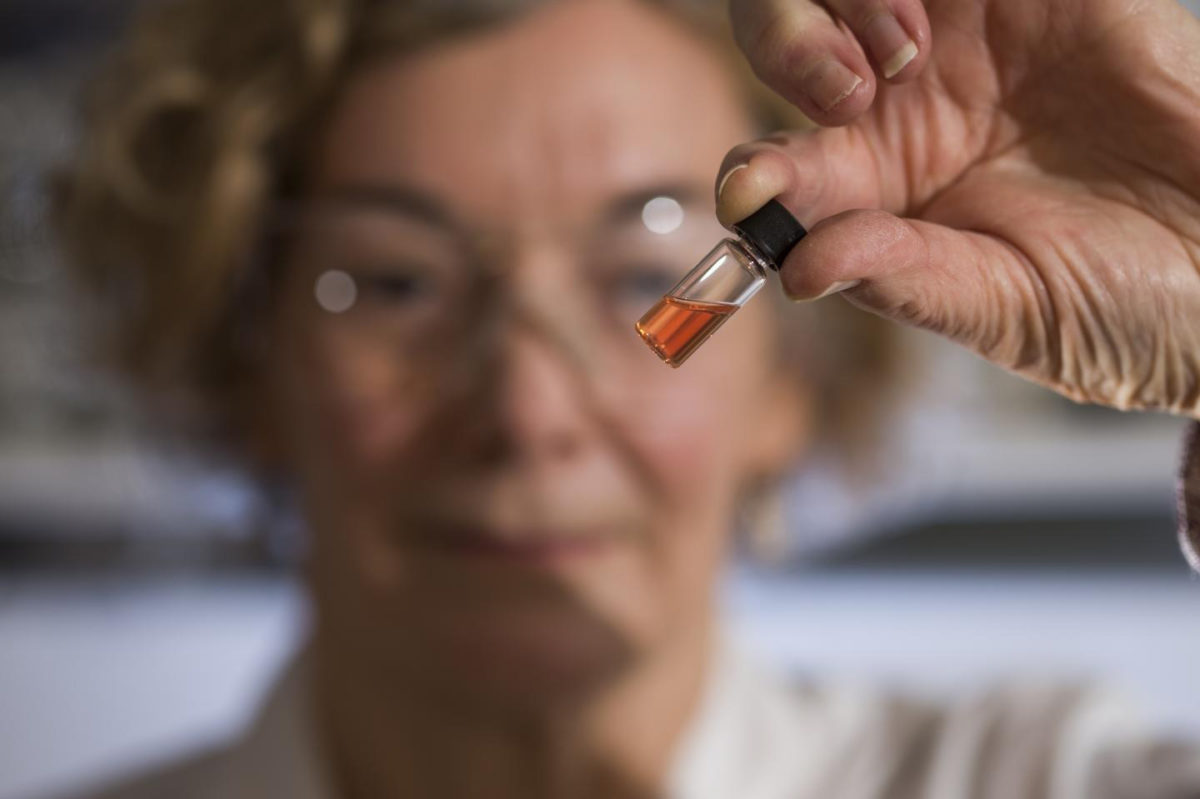 Scientists from The Australian National University (ANU) and overseas have discovered the oldest colours in the geological record, 1.1 billion-year-old bright pink pigments extracted from rocks deep beneath the Sahara desert in Africa.

Dr Nur Gueneli from ANU said the pigments taken from marine black shales of the Taoudeni Basin in Mauritania, West Africa, were more than half a billion years older than previous pigment discoveries. Dr Gueneli discovered the molecules as part of her PhD studies.

“The bright pink pigments are the molecular fossils of chlorophyll that were produced by ancient photosynthetic organisms inhabiting an ancient ocean that has long since vanished,” said Dr Gueneli from the ANU Research School of Earth Sciences.

The fossils range from blood red to deep purple in their concentrated form, and bright pink when diluted.

ANU led the research with support from Geoscience Australia and researchers in the United States and Japan.

The researchers crushed the billion-year-old rocks to powder, before extracting and analysing molecules of ancient organisms from them.

“The precise analysis of the ancient pigments confirmed that tiny cyanobacteria dominated the base of the food chain in the oceans a billion years ago, which helps to explain why animals did not exist at the time,” Dr Gueneli said.

Senior lead researcher Associate Professor Jochen Brocks from ANU said that the emergence of large, active organisms was likely to have been restrained by a limited supply of larger food particles, such as algae.

“Algae, although still microscopic, are a thousand times larger in volume than cyanobacteria, and are a much richer food source,” said

Dr Brocks from the ANU Research School of Earth Sciences.

“The cyanobacterial oceans started to vanish about 650 million years ago, when algae began to rapidly spread to provide the burst of energy needed for the evolution of complex ecosystems, where large animals, including humans, could thrive on Earth.”