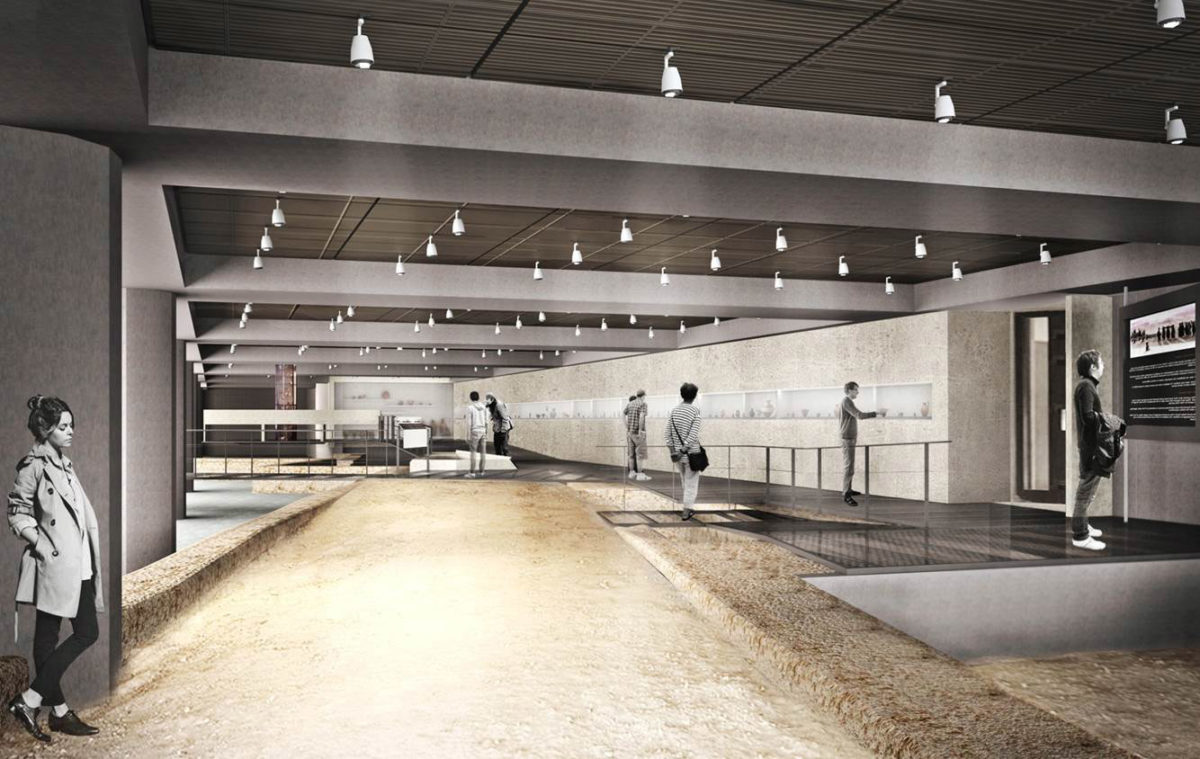 Approximately 1,300 antiquities in the new permanent exhibition of the Acropolis Museum

A total of 1,290 ancient artefacts dating from the Final Neolithic Period (circa 3000 BC) to the 10th century AD will make up the permanent exhibition of movable finds on level -1 of the Acropolis Museum. This was recently announced at the Council of Museums whose members unanimously gave the “go ahead” to the related museological and museographic study.

The exhibits will be displayed in a special “slit” like showcase running along the basement walls for a length of almost 35 metres and the visitors will also encounter surprises during their tour of the excavation area, such as a show case resembling a pieced metal well full of artefacts exactly as they were found in the original well, or a semi-open-air, 76 sq m “hall” where, among other things, statues of gods will be on display as well as portraits and busts of athletes, philosophers and rich burghers. All these promise to give added value to the already outstanding museum because, apart from the masterpieces of the Archaic and Classical era exhibited in its halls, it will now highlight the daily life of the inhabitants who had lived in the area during different eras.

“We do not have an excavation that has been housed by us. We have incorporated an excavation in the Museum’s architecture as an exhibit. It is a bit unusual as a concept but it had to be implemented so as to link the excavation with the Acropolis Museum”, said its director Dimitris Pandermalis who was present at the meeting of the Council of Museums with his colleagues, archaeologist Stamatia Eleftheratou and architect Eleni Spartsi.

“When we had presented the Museum’s entire exhibition programme we had stated that the excavation could be an huge obstacle for the progress of the works, in the long run however it proved to be a blessing because the museum houses mainly masterpieces, but life is not just made up of the great moments of Archaic and Classical Athens” said Mr. Pandermalis. “You are not bombarding the visitor with 1,290 finds. You are giving him an impression. Our approach was to avoid creating a traditional exhibit area inside the excavation and make an open exhibition space compatible with the excavation and allowing the visitor to make this switch: i.e. see the ruins and then walk along the ‘slit’ that is not a display case from top to bottom but an ‘opening’ that at a ‘glance’ reveals what this excavation consisted of”.

“The result is beautiful. We have a museum we are all proud of and now with the addition of the excavation area it will count for even more in future”, underlined Secretary General of the Ministry of Culture and Sports, Maria Andreadaki-Vlazaki  adding that “you managed to make an added advantage out of what seemed to be a disadvantage. Whoever visits the Acropolis Museum–and who perhaps cannot do it in a day–will see the gods and their cults from above and then descend into everyday life. Because not only are the Christian times covered but Classical antiquity is also highlighted as well as small chunks of the Archaic and Mycenaean eras.”

As has also been determined by ministerial decision following the unanimous opinion of the Central Archaeological Council last March and which concerned the highlighting and configuration of the excavation into an archaeological site open to the public, the following will be used by visitors when going round the site: ancient paths (without their original paving) which will enhance the experience, metal runways and metal platforms by which visitors can be directed to the most important buildings and to the exhibition of movable finds.

Lastly, Mr. Pandermalis specified that there will be no ticket as such for the Museum’s level -1, but that probably the price of admission which is now 5 Euros will increase slightly to include all the areas plus that of the excavation. The latter, according to a statement made by the director himself at the Acropolis Museum birthday, is expected to be opened to the public on the next birthday, i.e. June 2019.