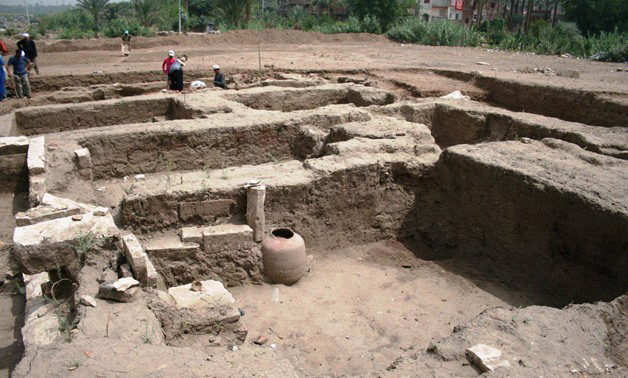 The building (16×14.5m) is probably part of the residential area of the
site. It is built of mud bricks supported by large limestone blocks. Its outer walls and inner staircases are built with red brick molds.

The mission has also found another building attached to the main one at its
south-western side. This second building includes a large Roman bath
and a room which may have been used for religious rituals.

In the room pots holder made of limestone decorated on one side with the head of the God, Bes were discovered. The room also contains basins for disinfection and small columns of limestone.

The first building has four entrances and several corridors.