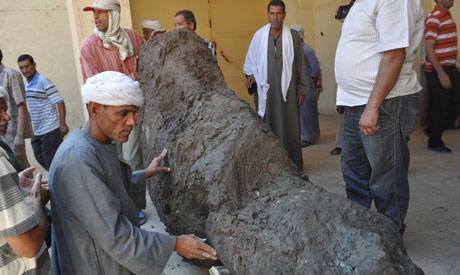 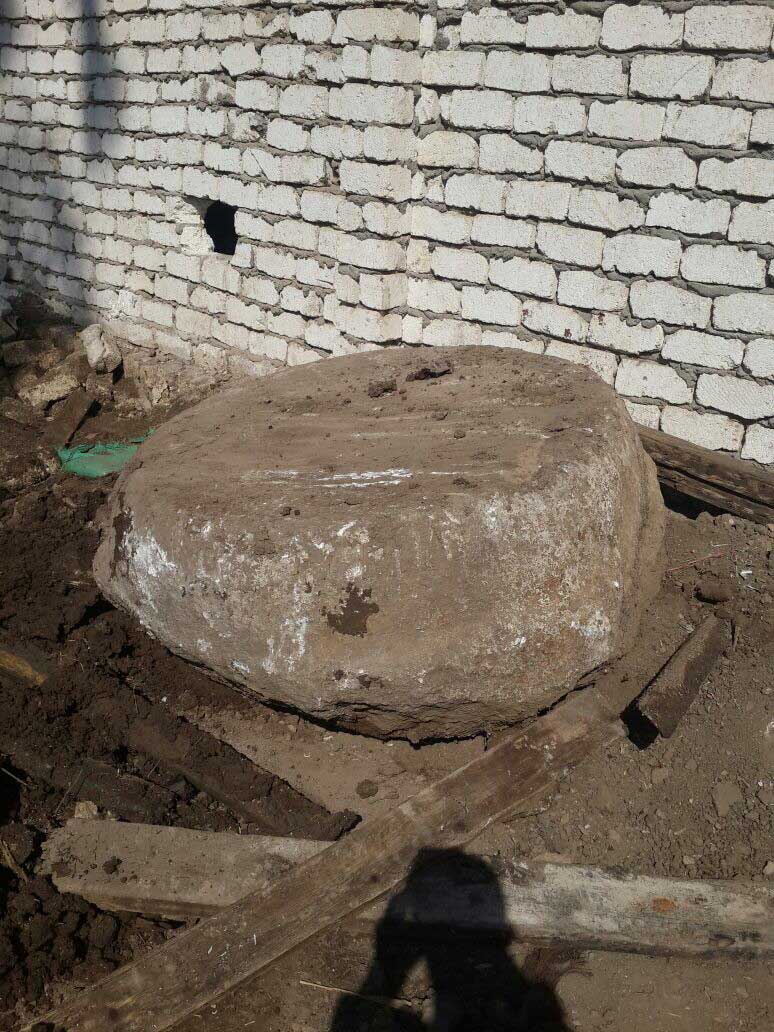 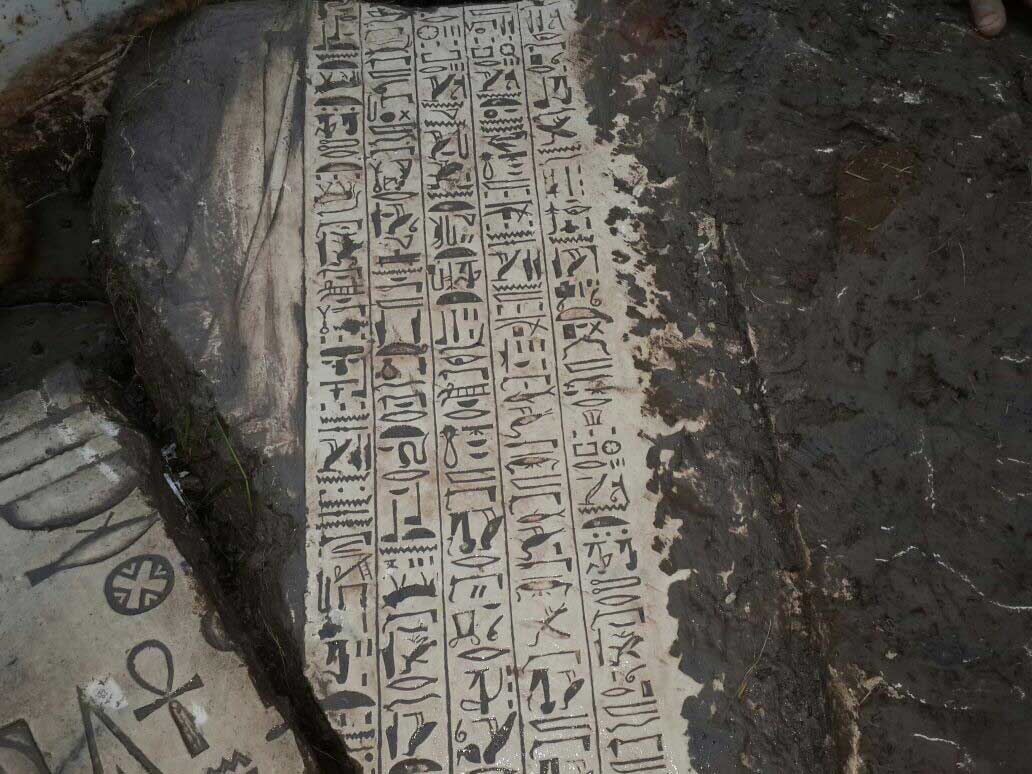 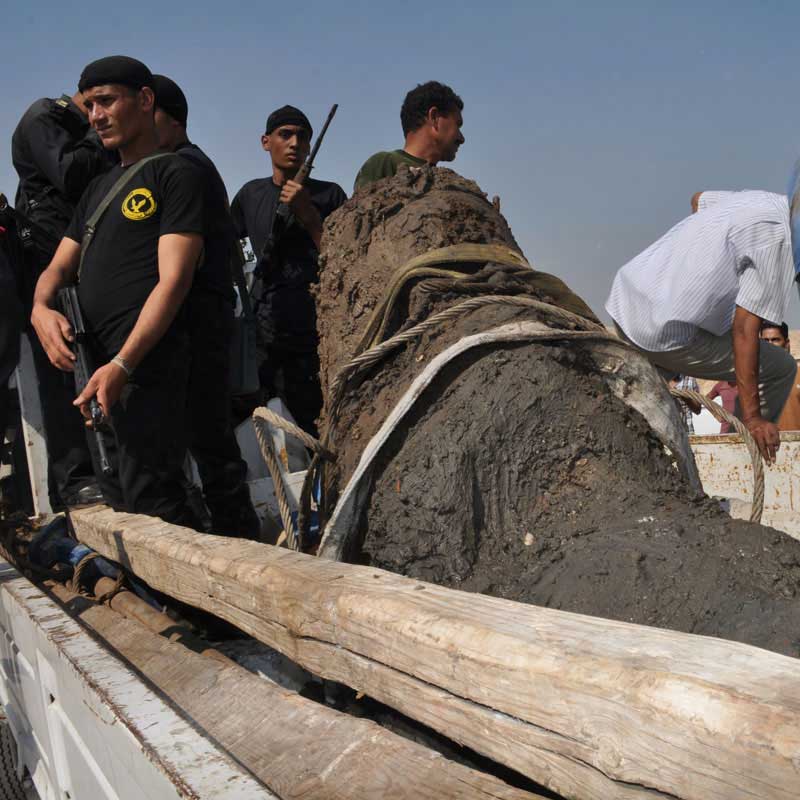 Men in Giza were arrested for illegally excavating an Egyptian temple from the reign of New Kingdom King Tuthmose III under a house in Giza district.

Two weeks ago seven residents of a Giza district have excavated the area beneath their home and found the remains of the ancient temple.

Seven reliefs and two marble columns were unearthed along with a huge red-granite armless colossus of a seated person, El-Damaty. The huge limestone blocks of the temple have hieroglyphic texts engraved on them. They were found in the Hod Zeleikha area of Al-Badrasheen district.

A unit from the tourism and antiquities police heard of the illegal excavation work and arrested the seven men – two of whom are Palestinian. The police also seized diving costumes, oxygen cylinders and diving masks.

The items have been brought to the Saqqara site for restoration and further investigation, while the Hod Zeleikha area has been declared an archaeological site and under the control of the ministry in order carry out more surveys nearby and unearth more of the temple.