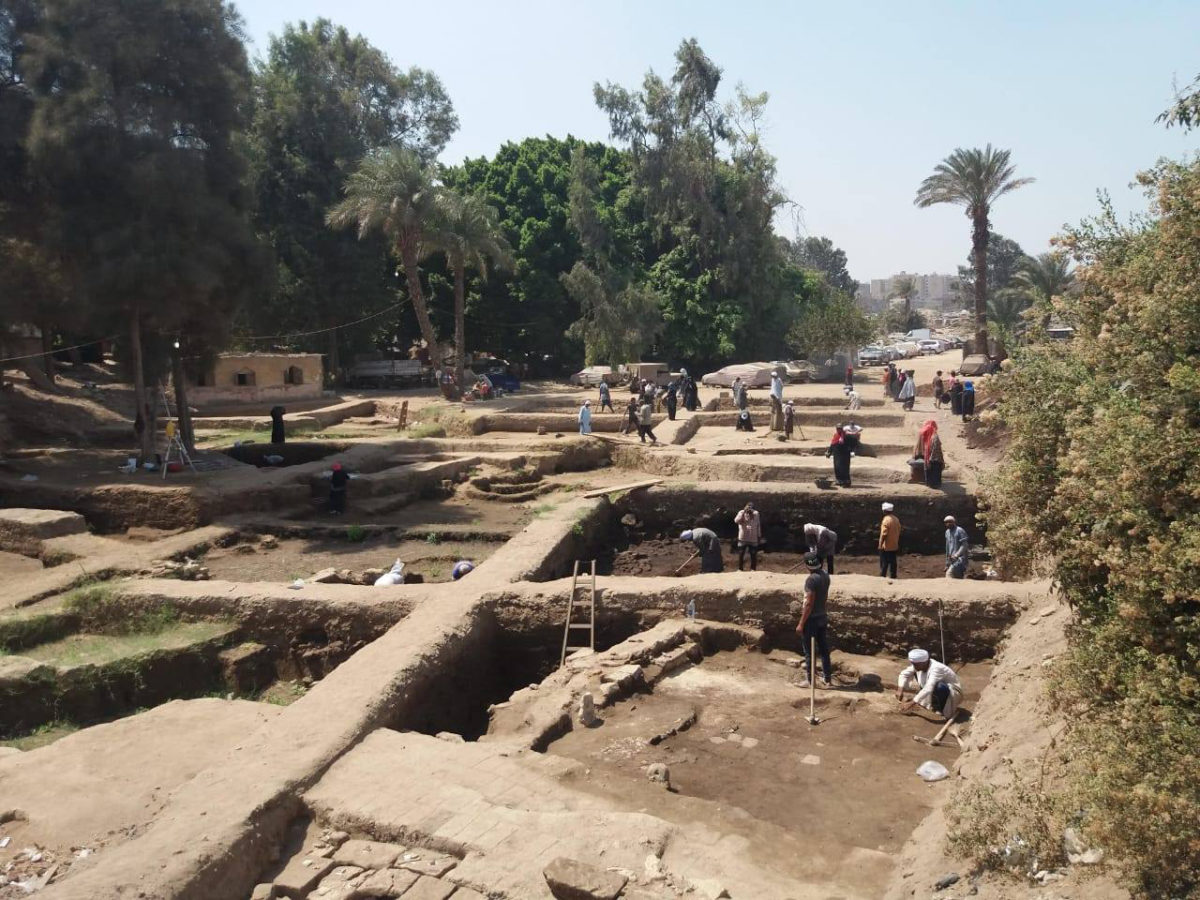 New discoveries at Matariya/Heliopolis in Egypt

In the temple of the sun

An Egyptian-German archaeological mission at Matariya/Heliopolis continued its work in the temple of the sun at Matariya and the mission focused the excavations work this season on the area of the workshops of the 4th–2nd century BC located at the south-eastern section of the innermost enclosure of the temple.

Dr. Ayman Ashmawy, Head of the Ancient Egyptian Antiquities Sector at the Ministry of Antiquities and the Head of the Egyptian side of the mission explains that work in this area has found evidence for the reuse of the main temple of Heliopolis as the mission had found a number of inscription fragments from the 12th and 20th Dynasties as well as the Third Intermediate Period in piles close to lime burning installations. Ashmawy that the fragments of smaller statuary of the temple inventory were also found. The work was accompanied by archaeological and archaeozoological studies.

Dr. Dietrich Raue Head of the mission from the German side said that the mission continued earlier work east of the obelisk of Matariya. This excavation led to the discovery of a mud brick enclosure wall. A limestone staircase led to a higher level by passing a canal with a false door that probably was connected with the rituals in the innermost section of the temple at the obelisk.

Dr. Raue stated that an inscription points to the creator-God Atum as being responsible for the flood of the Nile. It can probably be dated to the Late Period (664-332BC). Many of these structures bear traces of reuse and destruction by fire.

Khaled Abu al-Ela Director of the inspectorate of Ain Shamse and Matariya archaeological site said that the construction of a protective shelter in the open-air museum at Matarya was carried out under the supervision of the project sector of Egyptian Ministry of Antiquities and supported by the cultural preservation programme of the Federal Foreign office of Germany.

It will be opened to the public later in 2018. It houses basalt reliefs and reliefs of the Heliopolis temple for Atum of Nektanebu I, limestone relief and inscriptions from the Ramesside era as well as selected finds from the necropolis of Heliopolis.