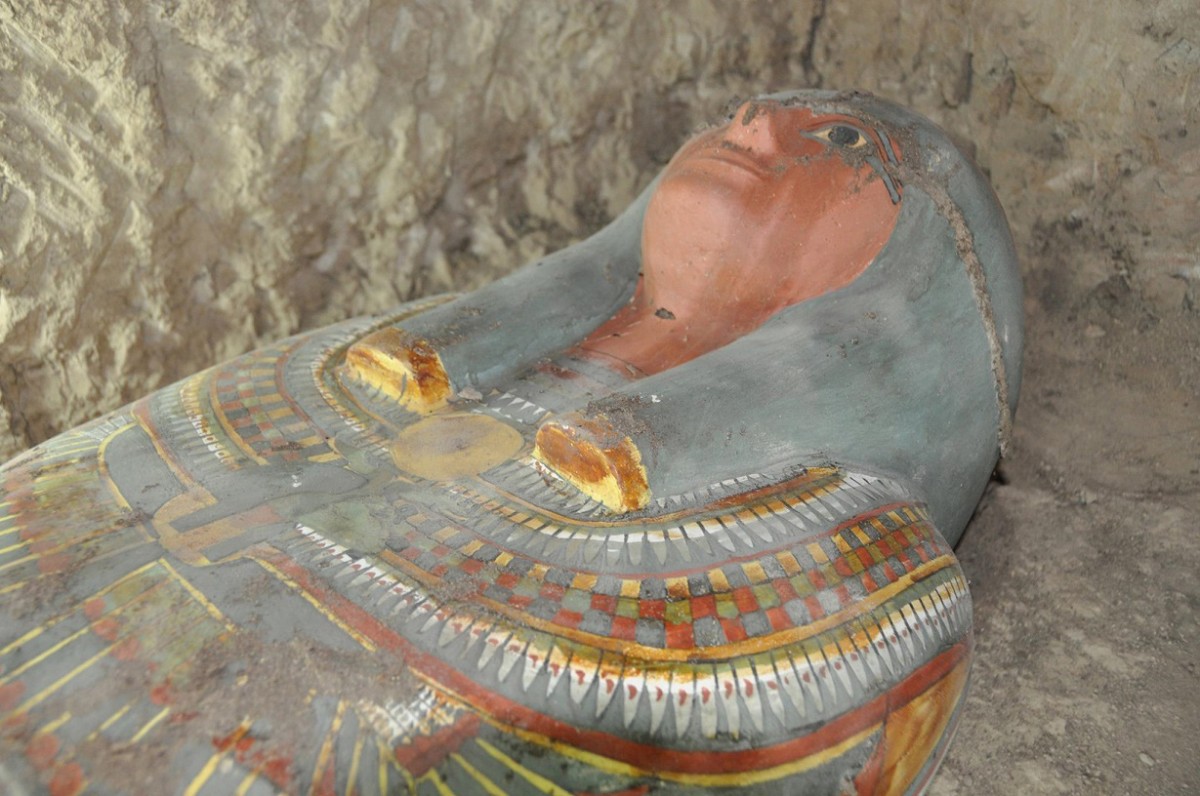 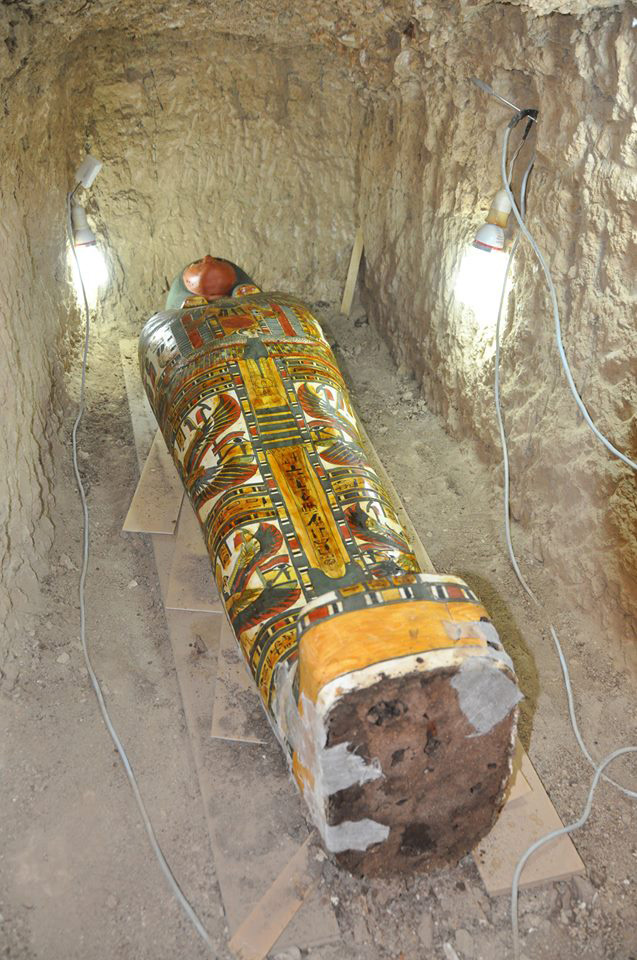 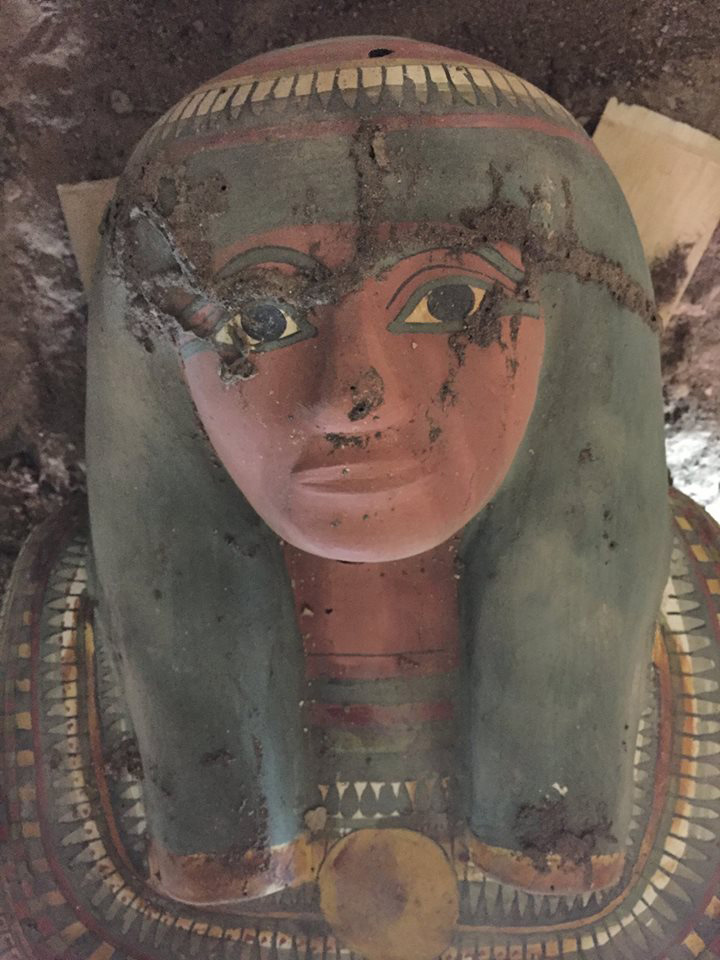 The Spanish-Egyptian archaeological mission working at the Temple of Millions of Years of King Thutmose III, at Al-Deir Al-Bahari on Luxor’s west bank, uncovered a Third Intermediate Period tomb at the temple’s southern enclosure wall. The discovery was made during the mission’s ninth archaeological field season.

Inside the tomb a very deteriorated wooden coffin was found. It contained, however, a well-preserved beautiful mummy cartonnage.

Preliminary studies on the tomb reveal that it could be dated to the Third Intermediate Period (1070-712 BC) and it belongs to a person named Amenrenef who was the servant of the king’s house.

Archaeologists will soon conduct an in-depth examination of the cartonnage in order to date it. Dr. Myriam Seco Alvarez, head of the mission, said that the cartonage’s painted decoration motifs and its inscriptions include some of the most characteristic symbols and elements of the ancient Egyptian religion such as the solar symbols, the protective goddesses Isis and Nephtys with spread wings, hawks and the four sons of Horus.